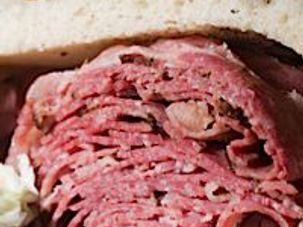 When Haaretz’s food and wine critic, the late Daniel Rogov, moved from Paris to Tel Aviv in the late 1970s, he discovered a cornucopia of Jewish foods from all over the world, stemming from the manifold cultures from which Jews had immigrated. What he missed was one of his favorite foods from his childhood in Brooklyn: a pastrami sandwich on rye.