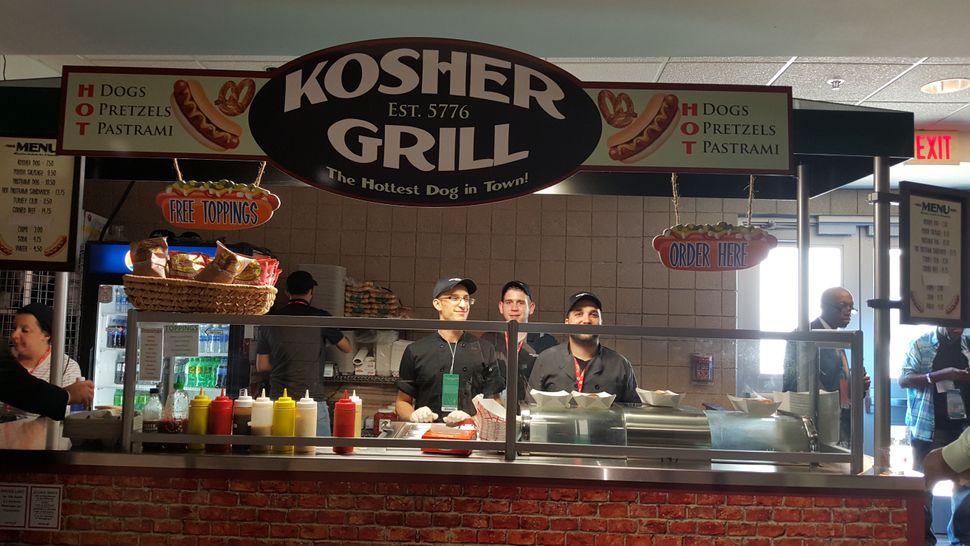 Though food options abound at the Democratic National Convention in Philadelphia, Mordy Siegal is committed to providing convenient kosher food to the hungry masses.

At the Wells Fargo Center, Kosher Grill is humming. Proprietor Mordy Siegal of Chicago said the stand, offering Polish sausages, hot dogs and other meat entrees, fed 10% of the entire building on Monday, according to food vendor contractor Aramark. “We had an average of about 100 people in line for 10 hours straight,” he said.

Siegal’s glatt kosher franchise is based in Chicago. “We are the premier kosher vendor at McCormick Place, which is the largest convention center in the world,” Siegal said. “We also operate several concession stands at Soldier Field in Chicago, which I feel has changed the overall impact of kosher food in the area.” Siegal also noted that Kosher Grill served food at the 2012 Chicago NATO Summit and at both Obama inaugurations.

Siegal, who attended yeshivas in both New York and in Israel, takes great satisfaction in opening his stand in venues that had not previously offered kosher options. “It brings me much pride to have stands where Jews and Muslims can not only buy food, but feel like everyone else and enjoy their food fare for the day,” he said.

Siegal brought his chef from Chicago to the DNC, and hired local workers from Philadelphia. “Kosher Grill is present at every major event at the Wells Fargo Center, including Philadelphia Flyers and Sixers games,” he said.

“I enjoy making kosher food accessible at as many large venues as I can,” he said. “It’s my passion.”