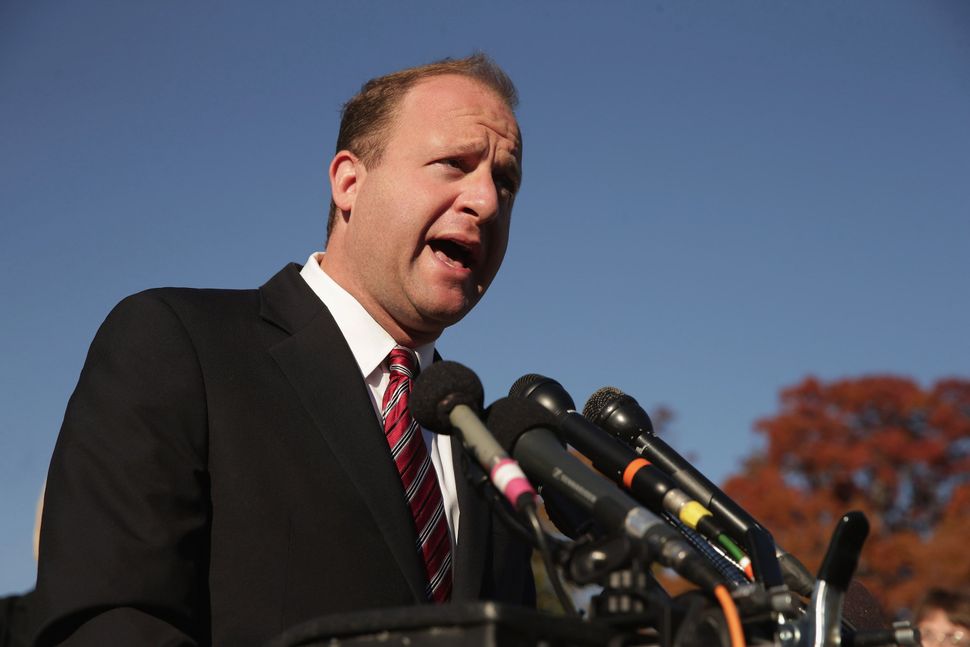 At the Democratic National Committee’s Jewish Roundtable, Rep. Jared Polis urged attendees to increase the Jewish Democratic vote from 75 to 90 percent. “That means we win Florida, do well in other battleground states, and make sure that this country remains open not only to our people, but to all people,” he said.

Warning of “candidates who retweet quotes from Nazis,” Polis reminded the crowd that we are strangers in a strange land. “To have a major party candidate who tries to separate people based on faith, wants to build a great wall that, in many cases, would separate families, reminds us of unfortunate eras in our history that include the Berlin Wall and North and South Korea,” he said. “Trump’s temperament should be scary — not only for the Jewish people, but for all Americans who hold our Constitution dear, that all are created equal.”

Polis reminded the assembled of divisive figures like Father Charles Coughlin who fomented anti-Semitic hatred, and, in light of Trump, the fascism and authoritarianism that has been levied upon the Jews in different countries.

“But many Americans are frustrated,” he said, “And the solution is to elect Hillary Clinton, who will ensure a livable wage and a just society,” rather than a world led by “a New York, billionaire casino operator.”