Our Radical Weapon Against the Israeli Occupation: Kindness 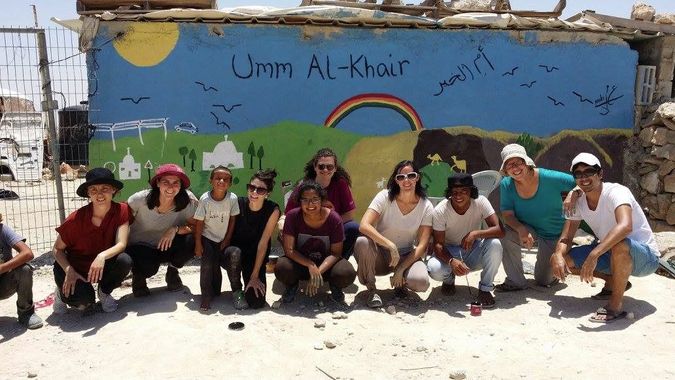 In July, I travelled to the South Hebron Hills for the Center for Jewish Nonviolence’s campaign, “Occupation is not Our Judaism.” The campaign, an expression of solidarity with Palestinian and Israeli activists working to resist the occupation of the Palestinian territory beyond the Green Line, called on Jews of different backgrounds, denominations, and affiliations to participate in nonviolent actions that support Palestinians in their struggle to live with freedom and dignity.

Though I am not Jewish, I joined this trip to support American Jews who are standing up for the rights of Palestinians in the West Bank, and as the president of a pro-Israel, pro-peace movement that is trying to help pave the way for a two-state solution and an end to the occupation.

“Resisting the occupation” may sound radical to some ears – but it shouldn’t. On our trip, this resistance took the form of basic compassion and kindness. That’s not radical – it’s part of a strong ethical tradition that calls on us to recognize our common humanity, and to treat others as we want to be treated.

That’s what we strived to do on our trip. We planted Za’atar trees on Palestinian-owned land and worked with children to paint a mural for a community center in Umm al-Khair.

We threw a block party for Palestinian families in Batan al-Hawa, a neighborhood in the area of Silwan currently being taken over by settlers. With the support of Ateret Cohanim, a settler organization heavily funded by American donors, the settlers move directly into the middle of Palestinian neighborhoods like Batan al-Hawa, often trapping Palestinian families in their own homes. We watched as local residents had to climb ladders into their own houses, unable to access their own front doors because of settler control. 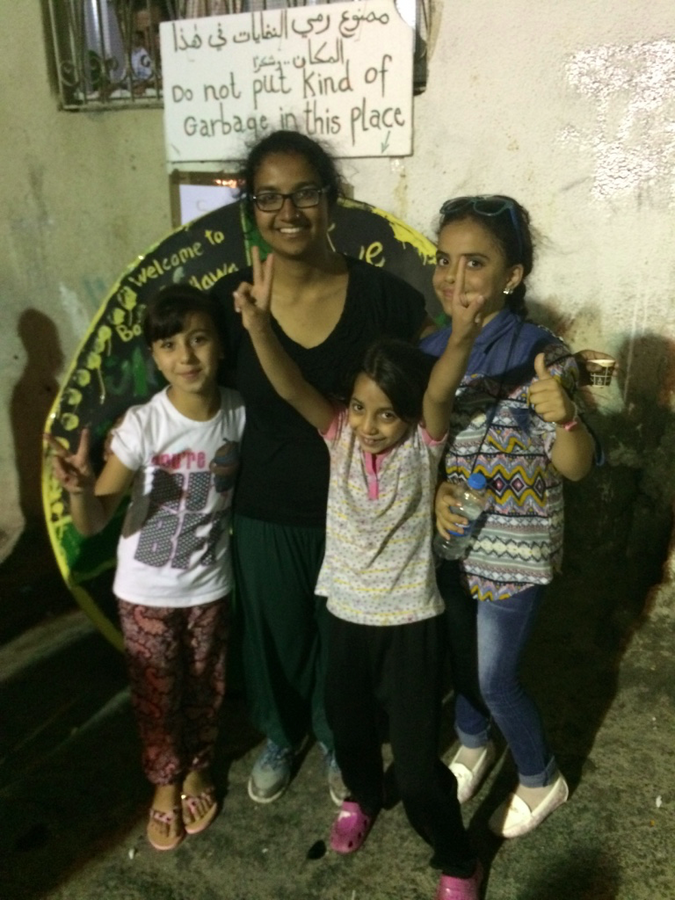 We worked with Palestinians in Hebron to transform an abandoned factory, owned by a Palestinian family that invited us, into a cinema for children. We gathered to help Palestinian activists clean out the factory, and within hours, settlers, soldiers, and police showed up. The factory was declared a closed military zone, six of our delegation were arrested, many more roughed up, and one settler watching commented that it was not surprising we were there to help Palestinians because “there were Jews who helped Hitler.”

What does it say about the current situation that the kinds of expressions of support and kindness that our delegation engaged in are deemed beyond the pale by many in the pro-Israel community? In 2016, it should not be radical to embrace and support the Palestinian right to exist alongside Israel, and to show our opposition to a military occupation that has gone on for almost 50 years.

Unfortunately, this type of trip is viewed with alarm by many in the pro-Israel community – in part because the pro-Israel establishment has so often failed to treat Palestinians like real people, deserving of empathy and understanding. Ordinary discourse and communications from organizations like StandWithUs and AIPAC often dehumanize Palestinians, depicting them as terror-loving murderers.

Beyond these kinds of stereotypes, dehumanization occurs regularly. It’s as simple as ignoring the reality in the West Bank, and ignoring the rights of the Palestinian people, like the Jewish people, to live with basic dignity and freedom. It’s talking about Israel’s right to self-defense while ignoring the Palestinian right to anything at all. It’s talking about Palestinians, without ever talking to them, and without ever listening to them. The occupation and its effects have not just dehumanized Palestinians for Israelis; they have dehumanized them for many Americans and American Jews too.

The next generation of young Americans and American Jews want to move our communities past these destructive stereotypes. We care about Israelis and Palestinians, and we’re looking for concrete, substantive ways to learn more and to stand up against injustice. Acts of basic cooperation, compassion, and solidarity are one way that we can do so. As we become the new leaders of our communities, this kind of engagement may be one of the only things that can sustain our generation in its connection to Israel and the dream of a better future.

To truly support the two-state solution and a path forward to a better future, the pro-Israel community needs to change course. Start by taking Palestinians and their experiences seriously. Do more than just support dialogue and coexistence programs – provide funding and encouragement for trips and programs like this one, so that young people can work with Palestinians and Israelis to actually try to effect change and improve real people’s lives. Listen to Palestinians when they share stories of their lives and their suffering – and advocate for policies that value the lives and legitimacy of both peoples.

On August 9, a few weeks after our delegation’s visit, Umm al-Khair experienced home demolitions. Five structures were destroyed, and 27 people, including 16 children, became homeless. We cannot look on with indifference while this continues to take place and the situation grows worse.

Rather than fearing change or avoiding these realities, leaders of pro-Israel institutions should embrace the passion of the next generation. It’s time to face reality, take action, and become part of the solution – not the problem.

Read more about “Occupation is not Our Judaism:”

Amna Farooqi is the president of the J Street U National Student Board.

Amna Farooqi is the president of the J Street U National Student Board. Follow her on Twitter at @afarooqi99.

Our Radical Weapon Against the Israeli Occupation: Kindness