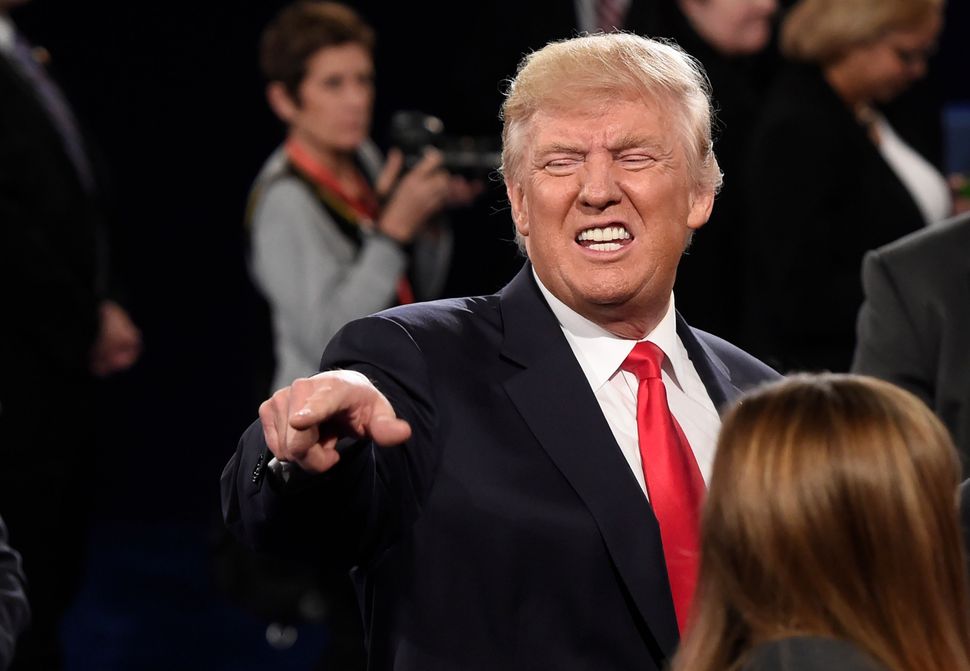 After last night’s debate, I feel an unwavering and dramatic need to apologize.

For almost the entirety of this election season, I’ve been in a dream-like state of denial.

When Trump announced his plans to run, I laughed. When he continued to climb, I made the conscious choice to not engage with him — even say his name — to not add fuel to the fire. When conversations about him came up, I quickly dismissed them. I thought it was the media that had produced this bigot. Maybe it was. I don’t know. More likely, I was the idiot.

After the video of Donald Trump bragging about sexual assault came to light this week, I felt sure, once again, that this would be it. No country would elect this disgusting predator. Then, after watching tonight’s debate, I sat with my jaw to the floor as this topic of misogyny and sexual assault took up 5–7 minutes of the entire 2 hours. Did he manage to escape unscathed yet again? How many times would I fall into the same trap of thinking, “This has to be it”?

With the audience question about Syria and the Holocaust, as a Jew, the reality hit me even more. I always looked back on my history and thought, “Who would let that happen? How were they so stupid — so hateful?” Then I realized, I might be that idiot. That idiot that was so in denial, and so taken aback by each individual controversy, comment and situation — that they failed to see the larger possibility of what could really happen.

The possibility of a Trump presidency is real, albeit small. If he won, I would have to know that my inaction was my action.

And so now, for whatever it’s worth, I say that I’m sorry. I’m sorry for not taking Donald Trump seriously. I’m sorry to the people who woke up to the real danger of his presidency much sooner than I did.

I’m sorry to the millions of people who would be victimized by his policies and further bigotry if he ever were to be elected.