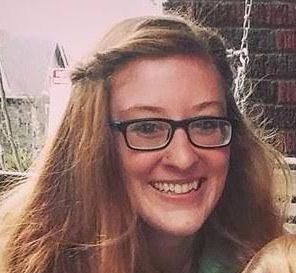 Every time I have a glimmer of hope for the progressive community to get it together about anti-Semitism, something happens to quickly dash it. The incident with Miko Peled, the Jewish son of a high ranking Israeli general, is a recent example. After a brouhaha over his string of anti-Semitic tweets, his event at San Diego State University was cancelled. The larger Jewish community roundly condemned his remarks, but many progressives struggled to understand why so many Jews were appalled he was there in the first place. It was an admittedly anti-Israel event, but since not all criticism of Israel is anti-Semitic and Peled is Jewish, what was the problem of his being there?

The problem, of course, was that Peled’s tweets peddled some of the oldest and most archaic anti-Semitic tropes as facts about Israel and Jews.

Progressive Jews in particular, who supported the group sponsoring the event, were especially frustrated with the blowback from Peled’s allies. What Peled said was anti-Semitic by their Jewish standards, and as the authorities on what “real” anti-Semitism looks like, they felt they should be listened to. But non-Jewish progressives don’t listen to anti-Zionist or progressive Jews who call out anti-Semitism anymore; they don’t trust any Jewish person who points out that something is anti-Semitic, especially when it comes to Israel.

The problem runs deeper, however. Too often, progressives find the charge of anti-Semitism more offensive than actual examples of anti- Semitism. Struggling to understand Jews and Jewish history as a racialized ethno-religious group, they often wind up believing that “Jews are white” and therefore do not face serious discrimination or violence. Peled is but one example of many demonstrating progressives’ reluctance to seriously consider Jewish concerns about anti-Semitism.

I got into a conversation about this with a good friend who is firmly progressive and Zionist, which puts him in a frustrating position. His thoughts on the matter were simple: on the one hand, many American Jews look white and are oblivious to their relative privilege in this country. On the other hand, many progressives are willfully uninformed about anti-Semitism, and this renders them incapable of understanding Jewish fears of violence now and in the future.

There is a legitimate conversation to be had about how some American Jews benefit from white privilege. Many of us can, for example, walk down the street without fear of harassment by law enforcement. And many of us do not have to face a justice system which incarcerates people of color at disproportionate rates and hands them longer prison sentences than white counterparts who commit similar crimes. American Jews historically faced severe bigotry, some of which remains to this day. Yet it would be hard to argue that we endure the same level of institutionalized discrimination that many people of color do.

However, describing all Jews as white erases Jews of color and Jewish indigenous roots in the Middle East. It ignores centuries of Jews being brutally oppressed and treated as foreigners in Europe, where we were frequently told to “go home” to Israel. Categorizing all Jews as white also does not acknowledge that whiteness creates a conditional privilege for many Jews, who may not pass as white anywhere else in the world.

If history has taught us anything, it is that Jewish success, assimilation, and presence in “the establishment” is conditional and temporary anywhere outside of Israel. Racists on all sides of the political spectrum have seen Jews as Middle Eastern interlopers and persecuted us as a different race. Our occasional and often forced proximity to those in power has been a defense mechanism against this oppression. Portraying American Jews as “just another group of white people” erases all of this complexity.

US-centric notions of race also bleed into conversations about Israel. Israel is commonly framed as a white colonial power oppressing an indigenous people, which makes no sense in light of Jewish history. This assertion only works by denying Jewish roots, identity, and peoplehood, by ignoring millions of Jews from the Middle East, North Africa, Asia, and Latin America, and by insisting that a few decades of relative success in the US are representative of the global Jewish experience.

We must decolonize our thinking about Israel and Jews. To quote Loolwa Kaazhoum, an Iraqi Jewish feminist whose work is crucial to my understanding of Middle Eastern or Mizrahi Jewish issues:

“Have we forgotten the fact that the Middle East and North Africa were international centers of political power, predating the rise of Europe; that the force of what we call “civilization” originated in this region? Are we so blinded by whiteness and Euro-centrism that we cannot conceptualize people from this area ever having power over others?”.

Approaching Israel from the “colonizing whiteness-oppressed brownness” binary erases an essential part of Israel’s story. Mizrahi communities were expelled from their homes throughout the region after Israel became a state in 1948. Arab states refuse to acknowledge they forced these communities out. Israel was one of the only places these Jewish refugees could flee to. America certainly wasn’t approving additional refugee visas, especially after the influx of Holocaust survivors in the 1940’s and 1950’s Today, these tragedies are ignored because they’re inconvenient to the narrative that “Israel is white.”

Israeli society is more than 50% Middle Eastern thanks to the influx of Jewish refugees from Middle Eastern and North African countries. Israel also continues to attract Ethiopian, Indian, Chinese, and Latino immigrants. It’s offensive to ignore these communities and their reasons for leaving their homes in other countries. It’s true Israel activism and American Jews have failed to fully integrate the diversity of the Jewish people into our larger community and narrative. This is no excuse for the left to erase our cultures, identities, and experiences.

There is so much work to be done to come a place of solidarity and understanding. I believe strongly in many of the causes supported by the left, but I cannot stand by silently when prominent leftists parade tired anti-Semitic canards as intellectual discourse. I am deeply sympathetic to the Palestinian plight, but I cannot tolerate the anti-Semitism that permeates their movement. Genuine social justice activism is intersectional and it must include Jews, or it will perpetuate the very systems of oppression progressives seek to dismantle.