Want to Prevent BDS? Speak Out Against the Destruction of Susya. 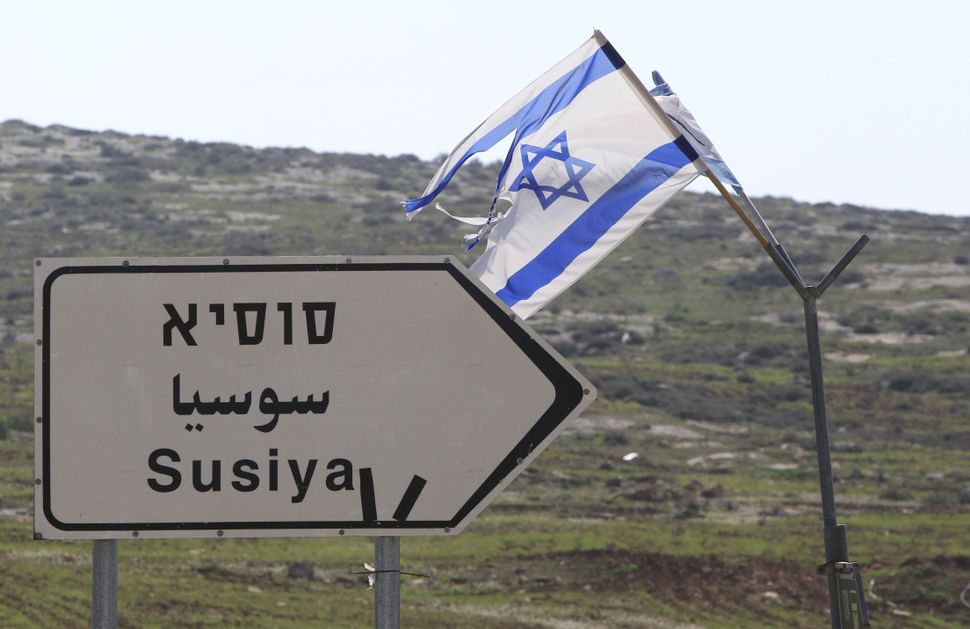 Last November, I was one of 100 J Street U students from across New England who attended a meeting at Harvard Hillel with Barry Shrage. Shrage is the President of the Combined Jewish Philanthropies (the Boston area’s Jewish Federation) as is seen as an important and respected figure in the Boston Jewish community. We discussed our community’s relationship with Israel and our role in ensuring its Jewish and democratic future. Specifically, we discussed the American Jewish community’s responsibility to take a stand on Israel’s settlement enterprise in the West Bank.

This November, the stakes for this conversation are extremely high. On November 15, the Israeli government will decide whether or not to demolish the Palestinian village of Susya. Jewish communal leaders in Boston and around the country have the opportunity to speak out against this latest example of destructive settlement activity which undermines the two-state solution. But will they?

At Tufts and across the country, an increasing number of students frustrated with the ongoing Israeli-Palestinian conflict are turning to the BDS Movement. With increased Israeli settlement expansion and increased demolition of Palestinian homes across the West Bank, these students question whether it will be possible to draw a border between Israel and a future Palestinian state or if it will be made permanently impossible.

The lack of efforts by Jewish communal institutions to put weight behind their support for the two-state solution and publicly stand against settlement expansion and home demolitions strengthens the perception that BDS is the only option for fighting against the status quo.

That’s why I was excited to meet with Mr. Shrage last year. While there was tension, I appreciated that he took the time to engage with us and was encouraged by the way in which he spoke forcefully about such complex issues. He agreed with us that the settlement enterprise poses an obstacle to peace. For Israel’s sake, we asked him to take action to oppose it.

Unfortunately, almost a year later, my peers and I are still waiting for New England’s Jewish institutions to make clear that they oppose settlement activity that undermines Israel’s future as a Jewish and democratic state.

I believe our leaders might feel more urgency if they saw the same things that I saw this past summer. I spent ten weeks living in Jerusalem, volunteering at the YMCA Jerusalem Youth Chorus. In my free time, I visited Palestinian towns and Jewish settlements in the West Bank.

One visit stands out: a trip to the Jewish settlement of Susya, directly adjacent to the Palestinian village of the same name, currently under threat of demolition by the Israeli government. The difference between the two Susyas is striking: Jewish Susya is pleasant and peaceful, home to manicured playgrounds and an impressive synagogue. Palestinian Susya is a collection of ramshackle tents, haphazardly constructed by its residents after 30 years of repeated home demolitions and expulsions. Both sit on land in Area C of the West Bank that must ultimately form the core part of a future Palestinian state.

The fate of the Palestinian village today hangs in the balance, resting on a November 15th decision by Israel’s Defense Minister, Avigdor Lieberman. If Lieberman gives a demolition order, almost half the village will be demolished and many families made homeless. In Susya, the clear pattern of settlement growth and Palestinian home demolition is impossible to ignore, as is the devastating effect that these actions have on the viability of the two-state solution.

We are encouraged by the Jewish communal institutions that have recognized the danger of what is happening in Susya, and have taken action. In addition to J Street, the Union for Reform Judaism and the New Israel Fund have spoken out, condemning the demolition of Susya as both an affront to human rights and an obstacle to peace. J Street U chapters on campuses across the country have been organizing support against the demolition. These efforts have made an impact. Thanks in part to pressure felt from the United States government and the American Jewish community, Lieberman and the Israeli government have pushed the date back to November 15.

This challenge now represents a watershed moment for powerful institutions like the Combined Jewish Philanthropies and Boston’s Jewish Community Relations Council who need to speak out against home demolitions and on the side of progress towards peace.

Speaking up will demonstrate to progressive students on campus that they neither need to disengage from the pro-Israel community nor divest from Israel in order to change the status quo. It will reaffirm our community’s commitment to the core Jewish values of chesed, compassion, tzedakah, charity, and tikkun olam, repairing the world.

In just a few days, J Street U leaders will meet with Boston Jewish communal leaders to present our proposal for a clear, strong message against the demolition of Susya. And next Sunday, one year after our meeting with Barry Shrage, we will hold another forum, where over 100 J Street U students from across the Northeast will join together to ask Boston’s Jewish communal institutions to stand with us – pro-Israel, pro-peace students, who are waiting to see if they have the courage and foresight to act.

I hope they won’t let us down.

Andrew M. Goldblatt is a second year at Tufts University, majoring in Judaic Studies. He serves as the Co-Chair of J Street U Tufts, and the National Conference Co-Chair at J Street U. Andrew is also a Visions-of-Peace Israel Fellow at Tufts Hillel. Follow him on Twitter andrewgoldblatt.

Want to Prevent BDS? Speak Out Against the Destruction of Susya.