Now is Not the Time for Single-Issue Advocacy 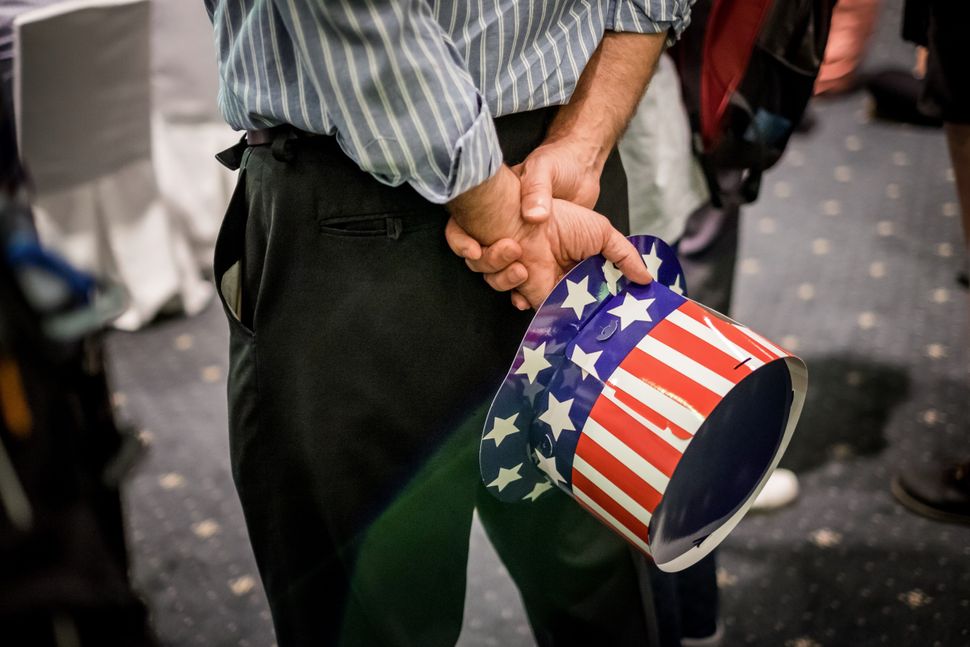 As we enter unchartered political waters, American Jews are asking ourselves and our communal leaders hard questions.

How can we make a real difference individually and collectively? Who in our community is poised to stand up for core Jewish and American values that we previously took for granted? Which advocacy organizations should we get involved with and support? Which of those organizations are prepared to use their platform and hard-earned capital to speak out on the issues at the forefront of the Jewish community’s concerns?

For most of us, including the three in four Jewish Americans who did not vote for Donald Trump, this is decidedly not a time for business as usual.

Of course, we will continue to stand up for Israel’s ability to defend itself. We will not stop advocating for a two-state solution, which safeguards Israel as a Jewish and democratic state.

But this year cannot be a time for single-issue advocacy alone. Not when bigotry and anti-Semitism are surging at levels we haven’t seen in our lifetime. Not when the president-elect refuses to speak out and unambiguously condemn surging levels of bigotry and anti-Semitism and appoints a white nationalist ideologue as his senior West Wing strategist. Not when talk of a national Muslim registry persists. Not when racial harassment and intimidation are rampant. Not when so many people are too intimidated or reluctant to speak out.

Fortunately, we are seeing many of our Jewish elected officials provide the kind of steely leadership that this moment demands.

New York Senator Chuck Schumer, the incoming Democratic Minority Leader and a member of the Senate Judiciary Committee, has promised to vet Donald Trump’s cabinet selections “very, very carefully.” He has vowed not to give his colleague Jeff Sessions an easy pass, given the questions surrounding his past racist comments and doubts over his readiness to provide equal protection for all Americans. Minnesota Senator Al Franken has objected strenuously to Steve Bannon’s designation as senior White House strategist, given his role at Breitbart in giving “a platform for racism, sexism, homophobia, and anti-Semitism.”

Rhode Island Congressman David Cicilline led a group of 169 Democratic House members, including all but one of the Jewish members, in calling on the president-elect to rescind the Bannon appointment and build a diverse White House staff, which is “committed to the core American values of inclusiveness, diversity and tolerance.” California Representative Adam Schiff, seizing on inflammatory remarks made toward Muslims, publicly questioned the appointment of General Michael Flynn as National Security Advisor.

Our spiritual leaders and religious institutions are also stepping to the fore. Across the country, pulpit rabbis are breaking taboos on speaking out on politics, delivering impassioned sermons, and counseling worried congregants. The Reform and Conservative Movements, the two largest American Jewish denominations, have spoken out in unprecedented fashion, imploring Donald Trump to speak out against bigotry and rescind the offer to Bannon.

What we’re not seeing, and what’s so conspicuously missing, is broad and sustained leadership from organizations that speak out so forcefully and unambiguously on matters relating to Israel’s security and defense.

The Anti-Defamation League has been a steady and courageous voice warning against anti-Semitic campaign tropes, documenting soaring incidences of anti-Semitism, and promoting the values of tolerance, love of thy neighbor, concern for the vulnerable – which are fundamental to the Jewish American DNA.

Organizations like Bend the Arc, J Street and Ameinu are pledging to serve as principled opposition, defending Jewish values, advocating for a Jewish and democratic Israel and committing to stand up for and alongside vulnerable communities who are less organized and less influential than our own.

But what’s also needed is sustained leadership from across the Jewish community, particularly from those with fixed seats at the communal table.

Our community is as strong as it has ever been. We have friends on both sides of the political aisle. We as a community have enormous political capital and an infinite amount of good will.

How, in this moment of great uncertainty, will we use those assets? Will we stand against bigotry and stand up for other communities who are less organized and even more vulnerable than our own?

The time has come to raise our voices and do what we can to prevent hatred targeted against us and others from becoming the new normal. We must defend our values and those who are under real threat.

Daniel Kohl has held numerous leadership positions across the national Jewish community and is a co-recipient of J Street’s Tzedek v’Shalom award this year.

Now is Not the Time for Single-Issue Advocacy