The League of Defamation 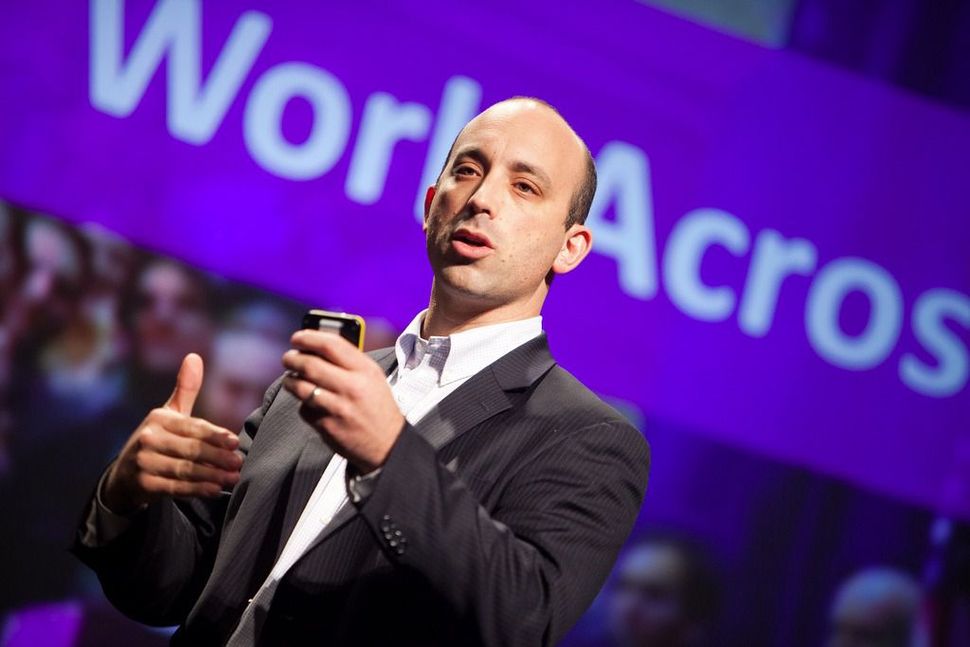 Raymond Donovan, President Reagan’s Secretary of Labor, was repeatedly investigated and cleared — including by the FBI and Justice Department — of apparently politically-motivated accusations of bribing union officials, mob connections and fraud by his construction company.

Still, in 1985, a politically ambitious Democratic Bronx District Attorney resurrected those accusations, and secured a highly-publicized 137-count indictment against Donovan and seven others. Facing lengthy trial, Donovan resigned his cabinet post. The prosecution’s case lasted nine months—but amounted to nothing: the jury found unanimously, on its first vote, all defendants innocent of all charges. Donovan reacted to the acquittal with a poignant question: “Which office do I go to to get my reputation back?”

Now with some hindsight, the initial uproar over the Bannon appointment warrants revisiting.

The ADL lit the anti-Semitism fire on Nov 13, calling Bannon “a man who presided over the premier website of the Alt Right, a loose-knit group of white nationalists and unabashed anti-Semites and racists.” (Interestingly, the ADL did not identify the website — the overtly Zionist, disproportionately-Jewish Breitbart.com.)

The ADL effectively gave license to Bannon/Trump opponents to fuel the flames; the Forward poured on gasoline. Its cascade of vicious anti-Bannon headlines, news and opinion pieces included journalistic gems such as: “Will Steve Bannon Be the Anti-Semitic Firebrand in Donald Trump’s Inner Circle?”, asserting that Bannon “turned Breitbart News into a haven for white supremacy, the so-called ‘alt-right’ and anti-Semitic tropes” and offered “a platform for racists and anti-Semites;” ascribing to Bannon “ideas of so-called white nationalism and rank racism, and his tolerance of anti-Semitism and proto-fascism;” claiming Bannon’s website “unabashedly embraced the white supremacist movement…”; and warning that “Steve Bannon Signals Coming Storm for Jews in Age of Donald Trump.”

Haaretz, which cross-posts articles with the Forward, flat-out called Bannon “a white supremacist and anti-Semite,” the “standard-bearer for the racist” alt-right, and “Trump’s powerful, anti-Semitic predator, ” characterizing his appointment as “a moment of truth for U.S. Jews.”

Wow, this Bannon character must be one of those really “bad hombres!” Good thing his reputation has been thoroughly shredded—even Howard Dean, former Chair of the Democratic National Committee, called Bannon a “Nazi” and “really anti-Semitic.”

Yet, these stinging accusations notably are missing something: specificity. So? No problem: as Bannon oversaw the publication of thousands of articles during his tenure at “unabashedly racist,” “white supremacist,” “anti-Semitic” Breitbart.com, surely there are hundreds of illustrative examples of those “anti-Semitic tropes” to choose from. Well, certainly dozens. OK, ten? One, even?

Nope. The ADL did not bother to identify a single “unabashed anti-Semitic” sentence Bannon ever published. The Forward attempted to cite two, neither of which holds up as anti-Semitic in context. In fact, one identified “anti-Semitic” column, in which David Horowitz (Jewish) called William Kristol a “renegade Jew,” argued that Kristol’s “Never-Trump” stance was facilitating a Hillary Clinton administration, which would be soft on Iran and tough on Israel— thus a betrayal of Kristol’s Judaism, i.e., that Kristol was not being Jewish enough. One may dislike the argument, but that hardly makes it anti-Semitic. The Forward also cited unsubstantiated claims made by Bannon’s ex-wife in 2007 divorce proceedings that he allegedly did not want to send their daughters to one school with too many “whiny brat” Jewish students. Not only did Bannon deny these uncorroborated statements, but that is precisely the school to which he sent his girls.

That’s it. That’s the totality of support offered for Bannon’s supposed anti-Semitism. His accusers could not even cite anyone from Bannon’s many worlds who personally found him anti-Semitic. In fact, quite the opposite; a parade of Jewish co-workers — even Ben Shapiro, who loathes Bannon — attested to no hint of anti-Semitism in Bannon, as well as to his fearless support for Israel.

(Full disclosure: in 2014, Bannon invited me to meet: my name and resume scream “Jewish;” I wore a kippah in our interview; and we discussed life in Israel. Bannon hired me to write Israel-related pieces, working under a brilliant Breitbart editor named Raheem Kassam. Some bigot, that Bannon! I informed a Forward reporter of this on Day 2 of the Bannon brouhaha—apparently, to no avail.)

The ADL is worthless to the Jewish community without credibility and moral authority. Under new CEO Jonathan Greenblatt, however, both are regularly squandered. Coming straight from the Obama White House, Greenblatt has transformed the once-respectable ADL into a vehicle for partisan bullying. How else does one square the ADL’s baseless, slanderous accusations of anti-Semitism against Republican Bannon with its kosher-certification (since qualified) of Democrat Keith Ellison, who played a decade-long active role in the Nation of Islam? Why still trust the ADL? Why does this obviously-partisan organization still enjoy 501(c)(3) tax-exempt status?

As for the press and Reform/Conservative movements: “Thou shalt not bear false witness against thy neighbor.” Is nobody bothered by forever staining someone’s reputation with unwarranted cries of “Anti-Semite!”?

The ADL/Forward/Reform/Conservative movements symbiotically defamed a political opponent—at the cost of their own honor and credibility. Was it worth it?

Abe Katsman is an American attorney and political commentator living in Israel. He serves as Counsel to Republicans Overseas Israel.

The League of Defamation