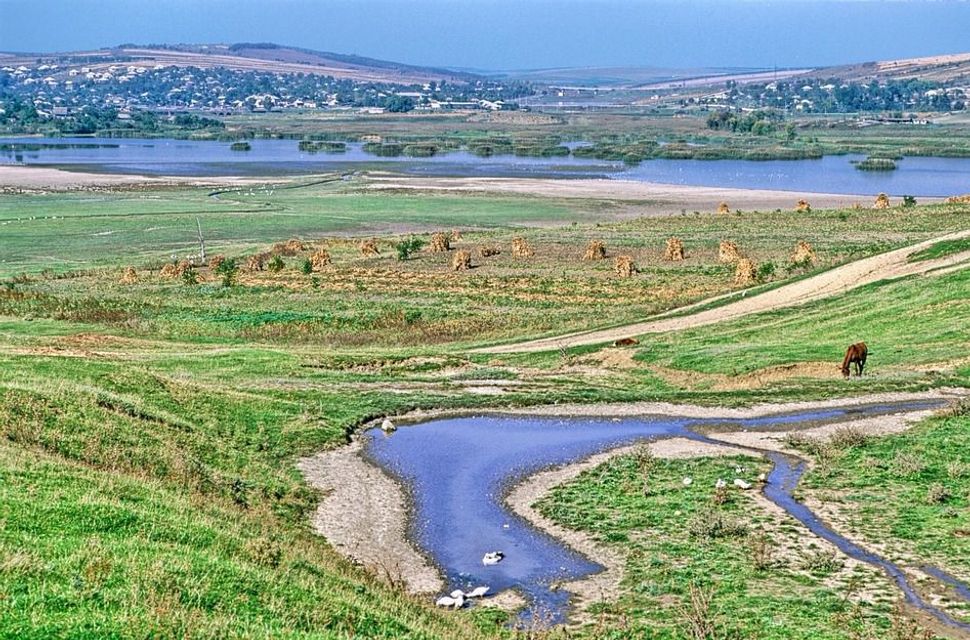 Perched high atop a hill, the old Jewish cemetery looked well maintained, so I smiled. In Eastern and Central Europe, I’ve found that to be rare.

We had just entered Rybnitsa – crossing the de facto border between the former Soviet republic of Moldova and separatist, quasi-independent Transnistria – when the translator pointed it out.

“It was very tragic,” she continued. “During the Holocaust, they took about 90,000 Jews from all over Moldova here and they made them dig their own graves and they shot them.”

She pointed it out quickly and moved on to describing the city’s largest Orthodox church.

It was startling. How had I just unknowingly smiled at this killing field? How were we already talking about other things?

We were running late, and there was no time to stop and pay my respects. The translator kindly let me borrow her iPhone. I looked up the Mourner’s Kaddish, reciting it as we drove past the city’s endless Khrushchev-era apartment blocs.

Then we quickly arrived at Hesed Rahel, the American Jewish Joint Distribution Committee-supported social welfare center in the city. I hustled inside and found myself in a room full of elderly women belting out Russian-Jewish folk songs and the Yiddish Hanukkah favorites my nana used to sing.

I joined in, I clapped, I wept.

The cognitive dissonance was a chasm. It was hard to believe my previous grief and shock and then my joy and relief at the ladies’ exuberance lived in the same universe, let alone a few blocks from each other.

And then my brain surprisingly turned to words from Tachanun, prayer of supplication recited during weekday morning and afternoon prayers.

It was a weird place to go, because despite being married to a rabbi, I don’t pray daily -– and Tachanun isn’t really part of the liturgy at our current synagogue in Ohio, even when I do make the daily service.

But there I was anyway, thinking about Shomer yisrael, shemor she’erit yisrael –- “Guardian of Israel, guard the remnant of Israel.”

Until my Tachanun eureka moment, I’d never had the words for it, but that’s how I’ve always thought about global Jewish responsibility – ever since my first time traveling to Moldova on a JDC Entwine/Penn State Hillel alternative spring break trip back in 2011.

There are just about 20,000 Jews in Moldova today, a miniscule fraction of the massive Bessarabian Jewish population that existed before the Holocaust. Jewish life in Rybnitsa – or in other Moldovan cities like Chisinau or Balti or Tiraspol – isn’t what we consider avant-garde.

It’s sturdy. It’s solid. And, above all, it’s still there.

Maybe G-d is sleeping on the job, maybe G-d doesn’t work that way – but however you slice it, it’s fallen on us to be the guardians of Israel, the stalwart protectors of that sacred sliver.

I want to introduce you to two of those who remain – that holy remnant it’s on us to guard and protect.

Masha Tsehman is 27, just like me – and also a mother who just gave birth to her fourth child. Every Hanukkah, she lights the menorah and holds her children close, telling them to pray for health and happiness and a better future. “I used to think my life was unfair,” she said, but since she began receiving help from the Jewish community, hope has a shape, address, and name.

And then there’s little Sasha Bekker, 15 months-old and sharing two dank rooms with his parents and four brothers and sisters. His family lives in a Soviet relic of an apartment building, a government dormitory where families share frightening and unsanitary communal kitchens, bathrooms, and showers. His mother was in the hospital for four months after his birth when she developed tuberculosis. That’s when his father had to stop looking for construction work and stay home for his kids.

For me, Sasha —- and hundreds of others like him —- is our eternal flame, the ner tamid that hangs over the ark in my soul’s little synagogue. If we can make his life better, there’s nothing we can’t do. He is my promise to the future.

The Torah teaches that we’re made in the image of G-d, but I think that street goes both ways. At our best moments, we have the power to create worlds, too. We, too, can weave miracles.

We believe the spark matters. We protect, aid, and empower children and families, and we invest in the next generation.

And it’s more than that.

When we tap into our compassion, when we lead from love and respect, when we decide it’s on us –- right now! today! –- to be the guardians of Israel, no matter how small the remnant, I believe we’re accessing the divine. 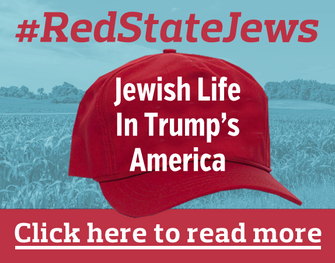