My Judaism Has Flourished Tremendously at UCLA 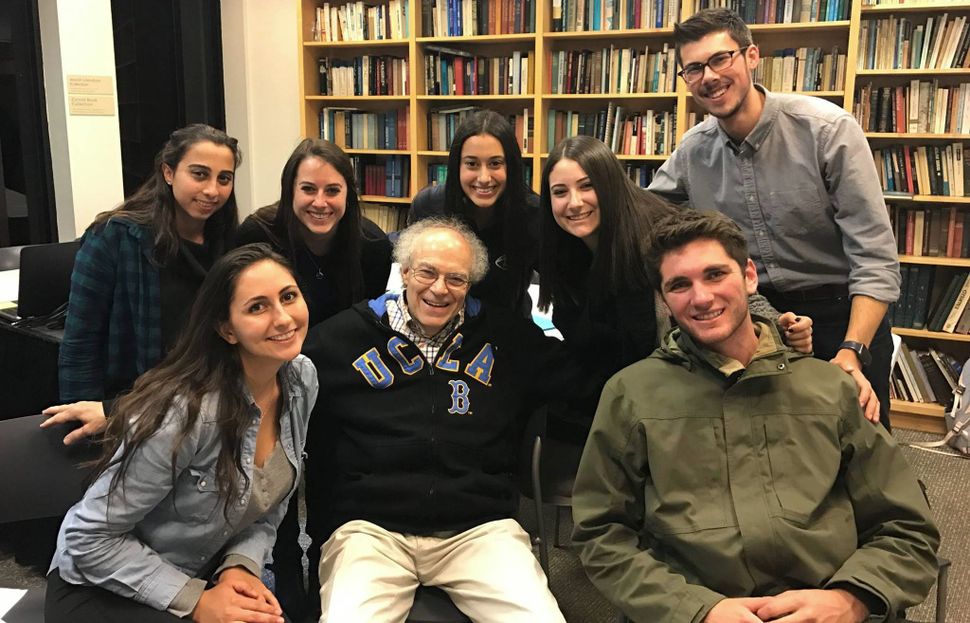 I commenced my doctoral study at UCLA after living in Jerusalem, where panic about Jewish life on American university campuses runs high. I had previously lived in France, where the anti-Jewish culture involves real violence not symbolic walls or protests on campus, so I was reasonably suspicious of the gravity of the alarm. Now in my second year of study (and first year of teaching) at UCLA, I can state clearly that I have found nothing but dynamic support, robust resources, and rigorous debate for my Judaism and Jewish identity. In addition to a massive Hillel center (including a kosher Coffee Bean!) and a thriving Center for Jewish Studies, I have engaged in honest and compassionate conversations on Judaism and Israel with a wide range of professors. I remember an Afro-American Studies professor relating to me her confusion and concern on the Modern Language Association’s academic boycott of Israel. I recall an extensive discussion on contemporary life in Jerusalem with a graduate student colleague of mine who had lived in Jordan. I treasure my relationships with Jewish professors, many of whom wish me “Shabbat Shalom” or “Chag Sameach” at the end of their emails. I attended a special lecture of a renowned, international scholar on Heidegger’s notorious anti-Judaism. I went to a concert on campus with prominent musicians and singers celebrating Yiddish music. While working as a teaching assistant last fall, my supervising professor and I discussed anti-Semitism and anti-Judaism extensively before teaching some of Persian poet Rumi’s more problematic poems. We also raised these issues in front of our undergraduate students. When I could not attend numerous seminars both this year and last due to the Tishrei holidays, all of my professors were exceedingly accommodating. When we read a text in a seminar that contained what I felt were false and misleading comments about the Talmud, my professor gave me an opportunity to correct and counter these statements in a presentation for my fellow graduate students. My Jewish identity and my Judaism have flourished tremendously at UCLA and it would be a detriment to Jewish students everywhere to claim anything otherwise.

My Judaism Has Flourished Tremendously at UCLA