Beyond Hummus: 5 Foods You Absolutely Must Eat in Israel (Sponsored) 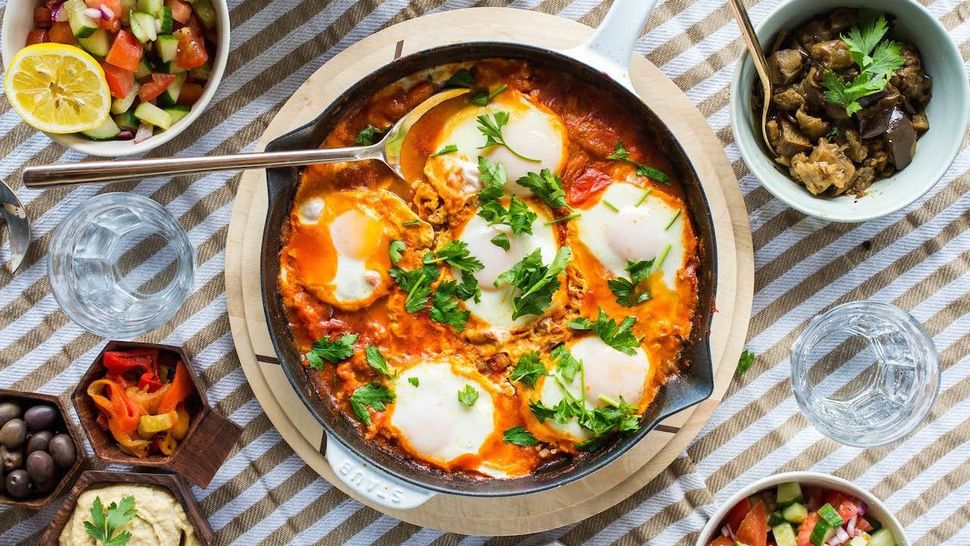 Although this may be difficult to imagine, there may come a moment when some variation of mashed chickpeas appears and you wonder if it’s time to expand your culinary horizons a bit.

As a public service, here’s a list of mouthwatering foods that you really should try — and if you’ve been to Israel already and haven’t tried them, shame on you. 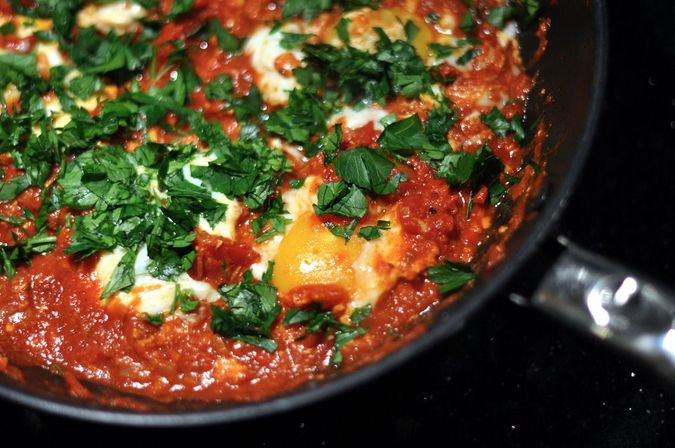 We have to start with shakshuka, or eggs poached in a thick tomato sauce. This dish is becoming less exotic in the U.S., but there’s nothing like shakshuka in Israel. If you can, head to Dr. Shakhuka in Tel Aviv-Yafo, although we’ve been unable to confirm if it’s actually possible to get a doctorate in shakshuka. 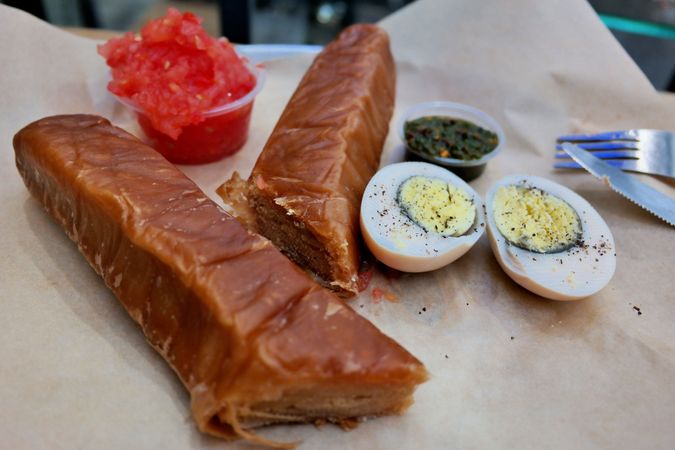 This journey to deliciousness was brought to Israel by Yemenite Jews. These days it’s a brunch staple in Israel. It’s sweetish rolled sticks of dough served with skhug, a Yemeni hot sauce, and the ever-present hardboiled eggs. You can find a list of great places for jachnun in Israel here. 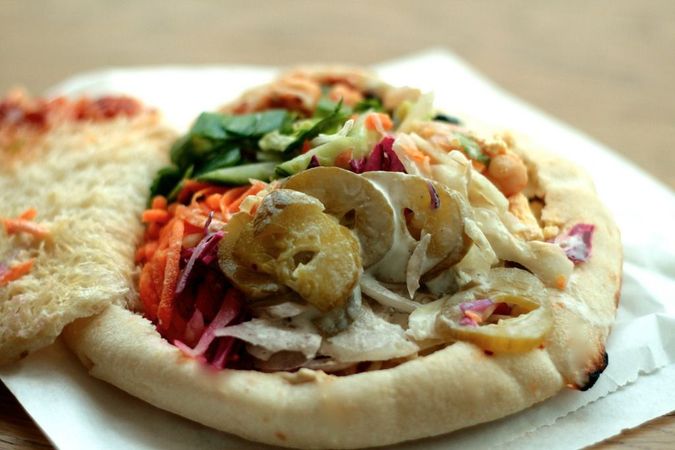 Brought to Israel by Iraqi Jews, this outrageously delicious street food is a pita stuffed with fried eggplant and hardboiled eggs. It’s great for breakfast and an excellent hangover-killer. (Although the latter hasn’t been scientifically proven. Maybe we should check with Dr. Shakshuka.) Ask seven Israelis where to find the best sabich and you’ll get eight suggestions. But everybody seems to like Sabich Tchernichovsky in the Center City of Tel Aviv. 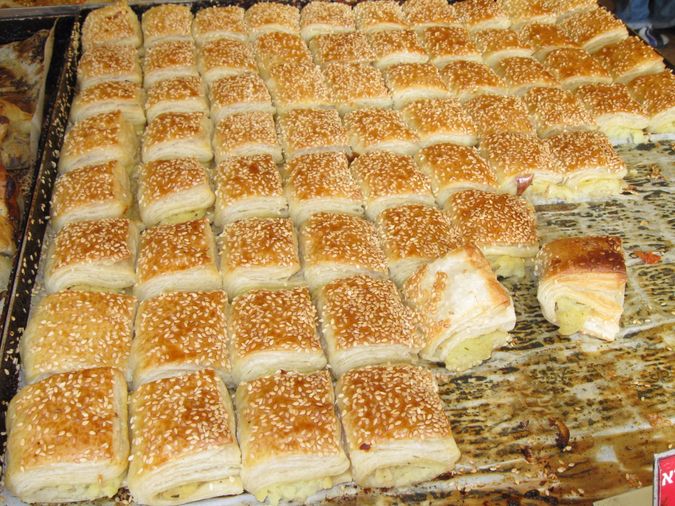 This is a savory stuffed pastry originated in Turkey. With a crust of filo dough, it can be found in various shapes and sizes — cigars, triangles, etc. Bourekas are pretty much ubiquitous in Israel, but here’s a list of great places in Jerusalem and Tel Aviv. 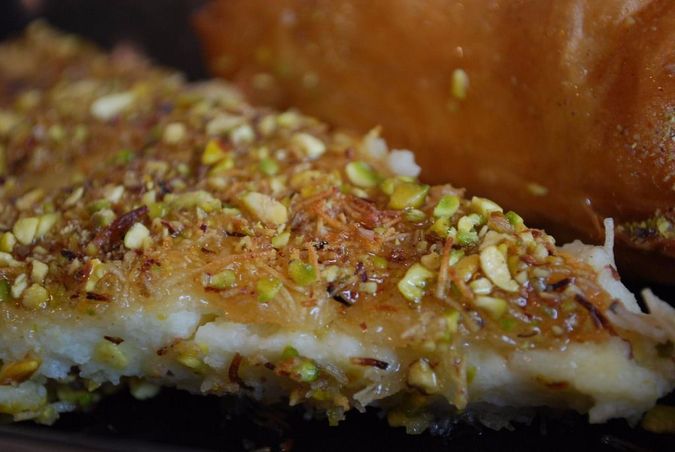 This ancient Middle Eastern dessert is made of soft white cheese wrapped in pastry and then smothered in syrup. Don’t ask any more questions, just go eat it. You can’t go wrong at Jafar Sweets in the Old City of Jerusalem.

Beyond Hummus: 5 Foods You Absolutely Must Eat in Israel (Sponsored)