Exodus: Coming Soon To A Synagogue Near You 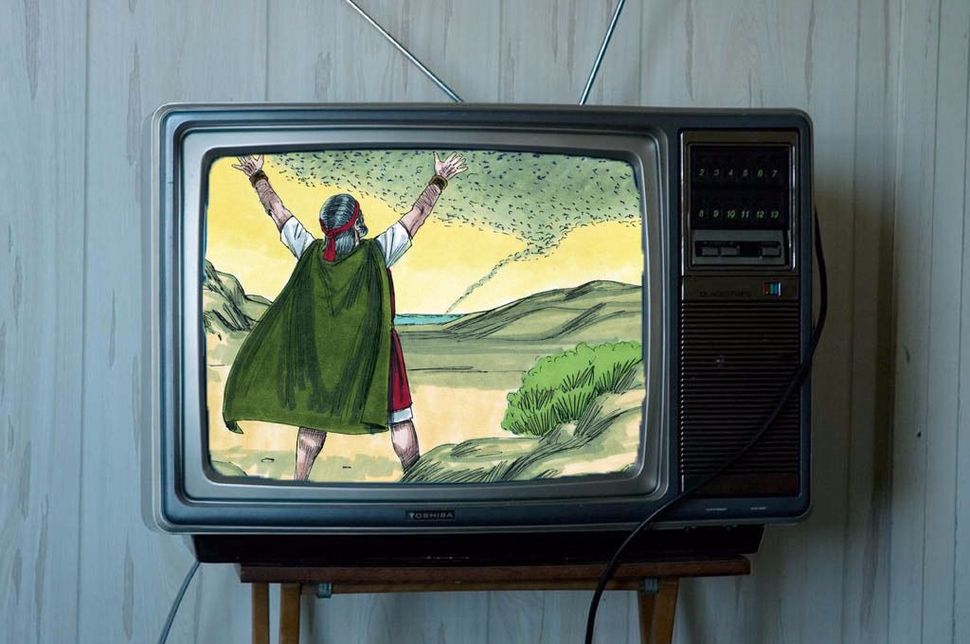 With the Jewish high holidays and Hanukah long in the rear view mirror, it can only mean one thing. The season premiere of a series the Jewish people have been binge reading for thousands of years will finally return to your local synagogue: Exodus. Yes, it’s rare for a series to maintain its momentum and integrity after its premier and especially after Season 1 of the Torah, Genesis, seemingly had it all. Genesis had the family disarray of Transparent and the secrecy of The Night Of; the blood, drama, passion and more we all crave were delivered weekly on Saturdays with previews available on Monday and Thursday mornings.

However, for those first time subscribers to the series, Exodus couldn’t have arrived at a more poignant time with reality TV in full force. A Pharaoh rises to power who has never before “heard of Joseph.” Now it’s hard to believe that Egypt with its obsession of history and own narrative had a leader who never heard of the record of that ancient Israelite who saved Egyptian society but then again if the President-Elect feels as if Meryl Streep is an “overrated” actress surely Joseph too can be forgotten in a moment of hubris.

Noting the overwhelming growth of an immigrant community in Egypt, it’s too late for this Pharaoh to build a wall, instead he enslaves this community to build enshrined cities, Pithom and Ramses, to mark his “huge” stature. When he commands the Hebrew maidservants to kill the male offspring, the women, Shifra and Pua, defy Pharaoh’s command, “fearing God,” and save these children. Were Shifra and Pua the first pro-choice activists and founders of Planned Parenthood?

When one Israelite mother, Yocheved, can no longer hide her son after three months, she casts him to the Nile on a makeshift cradle of reeds, while his sister, Miriam, watches over. She follows the basket as it makes its way to the arms of the first Righteous Gentile of this survivor people’s history, Batya, the Daughter of Pharaoh, an empress in her own right. In these few chapters, women have emerged as the protagonists and saviors of an inherited patriarchy that has perpetuated slavery and greed. We’ll read this ancient text of feminism as countless are expected to rally in Washington, DC, New York, Boston and elsewhere for a Women’s March this coming Saturday.

When Moses, that young Elian Gonzales grows up, and notices his fellow kinsmen’s suffering, he looks one way and another and then strikes a slave master dead and buries him in the ground. But Moses had some serious community organizing to learn and his one angry Facebook post and rally, his one act of vigilance alone did not end the injustice of slavery. It was only when God arrived and Moses was forced to organize his community, enlist Aaron’s help who in turn enlisted the Elders, that the community’s mindset was shifted, as they became emotionally and spiritually prepared for a societal change.

And who is Pharaoh anyways? Is he that counterpart in the long battle towards justice as Rabbi Abraham Joshua Heschel alluded to in his 1963 remarks when he claimed that “at the first conference on religion and race, the main participants were Pharaoh and Moses?” Is Pharaoh all evil and Moses all righteous? Surely, a two party system leaves many a thoughtful nuanced position paralyzed.

Even the rabbis of the midrash in their rabbinic imagination gave Pharaoh a second chance. When Jonah comes to the city of Nineveh warning them to repent lest God destroy them, it is the king of Nineveh, who was none other than Pharaoh, claim the Rabbis, who had survived the drowning in one way or another, and knew that this God Jonah warned about meant serious business. If Pharaoh can change, certainly there is hope that the President-Elect can expend 140 characters denouncing the dozens of bomb threats against Jewish institutions alone these past weeks?

Moses too takes some time to find his inner voice and resolve. “I am not a man of words,” Moses pleads, claiming he has a speech impediment that renders him unqualified to speak before the King of Egypt. To which God angrily replies, “And who gives man a mouth?” God appoints Moses his first speech therapist/interpreter Aaron to join him on his march. Motivate the base, reach out and learn to speak in a language that will make your message heard, pleads God to the ancient DNC.

So while 2017 might seem to be off to a no better beginning than where we last left off, let’s trust that the script writers at hand are just getting warmed up as are the actors who may very well go off script. Let’s trust that hope can trump despair and let the Bible binging begin.

Exodus: Coming Soon To A Synagogue Near You