Dear Jared Kushner: What Type of Jew Do You Want To Be? 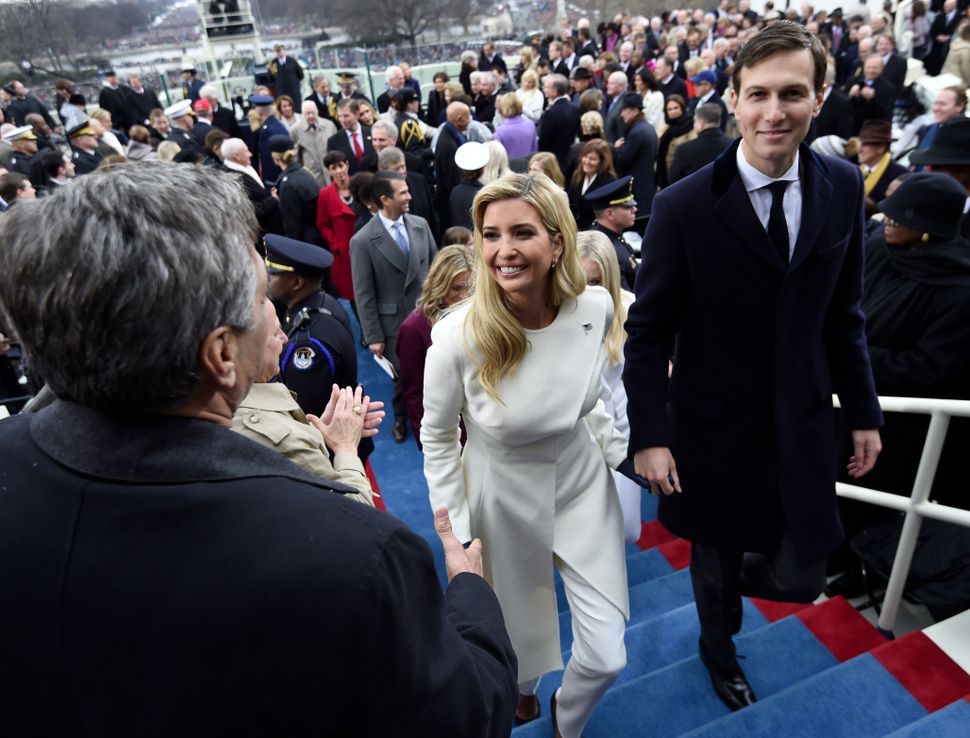 What kind of Jew do you want to be? Let’s think together about Jewish history, and how many Jews have responded to people in power, and then I’ll leave the decision to you.

Have you heard the term “middleman Jew?” European rulers, in order to deflect the ire of the masses to a suitable scapegoat, have historically placed Jewish people in “middleman” positions, especially as tax collectors (or perhaps as very public “senior advisers”). By forcing Jews to be the public faces of their most unpopular policies and practices, rulers were able to use populist anti-Semitism as a shield against the legitimate anger of the people.

Another term that might interest you is the “court Jew.” In a word, it describes individual Jews who found their way into the employ of royalty. Generally, they served anti-Jewish monarchs in exchange for personal privileges. In the long run, of course, there was often little they could do to save their coreligionists from their patrons. A small handful of Jews, for example, helped fund the Spanish monarchs as they expanded southward, and then watched helplessly as those same monarchs brought the Jewish golden age in southern Iberia to an end in a flurry of expulsions, slaughters, and forced conversions.

And finally, one of the more recent additions to the lexicon of Jewish history is the “Zionist Jew.” This term has been interpreted and reinterpreted by many scholars and philosophers, and today it is often used blandly to describe any Jew who supports the State of Israel. But true Zionism is not just about gestures like moving an embassy. It’s about speaking truth to power.

The leaders who best articulated the social revolution of Zionism were Aaron David Gordon and Nachman Syrkin, two of the great socialist founders of the movement. The Zionist Jew, to them, was a Jew who integrated the social justice values at the core of Jewish tradition with revolutionary ideas of Jewish self-liberation. Zionist Jews refused to serve passively at the whim of anti-Semitic tyrants; they refused to be middlemen between powerful elites and the masses whom they were oppressing. Instead, they resisted, they rose to the defense of the Jewish community and of humanity as a whole. Zionist/communist Jews stood up to the Nazis at Warsaw and fought as partisans during World War II even while other partisan groups refused to work with Jews. When the mainstream Red Army grew too anti-Semitic, they fought the tsarists in special units. Their commitment to combatting fascism, conservatism, and anti-Semitism was unshakable, no matter how dire their situation.

So, the decision is yours: in the face of power, what kind of Jew do you want to be?

So far, as your father-in-law continues to engage in anti-Semitic rhetoric, as he emboldens white-supremacists to spearhead a surge of anti-Semitic incidents, and as he spews racism against Muslims, blacks, and other people, I haven’t heard you protest. Perhaps you are straddling the line between the “court Jew” and the “middleman Jew.” But I’m begging you, please, to stand up and be a Zionist Jew.

These are likely to be a hard 4 years for America and the world. Jews, and especially Jews of color, will suffer under Trump’s reign, and other communities will suffer even more. It would make all the difference to have one voice, one Zionist Jew, in the White House to stand up for the Jewish people and for all other marginalized communities.

In the face of power, what kind of Jew do you want to be? Do you want to follow in the tradition of the Zionist Warsaw freedom fighters and Poalei Tzion, or are you content to look on in silence?

From one Jew to another, and from one American citizen to another, I am asking for your help. Don’t wait until the Inquisition starts – challenge the king today.

With all due respect,

Dear Jared Kushner: What Type of Jew Do You Want To Be?