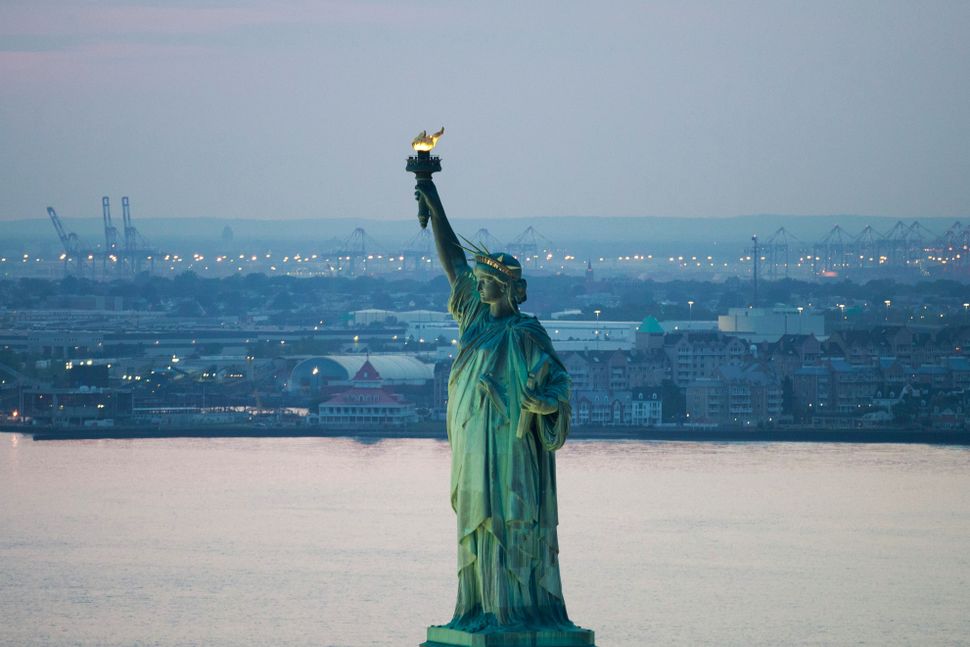 The land that never has been yet

And yet must be—the land where every man is free.

I owe my life to a singular act of courage. In September of 1910, Wolf Nistel, my great grandfather and namesake, made his way from Turka—a rural Ukranian village—to Antwerp. In Antwerp, he boarded the Lake Michigan, a steamship that had once served as a passenger carrier in the Boer War, and set sail for Quebec. From Quebec, he crossed the border to Vermont before making his way to Toledo, Ohio. In Turka, he left behind his son and pregnant wife; in America, he pursued his dream of creating a new life for his family, free from poverty and persecution.

He could not have foreseen events on the horizon; he could not have anticipated a great World War that would separate him from his family for more than a decade. Nor could he have predicted Congress passing anti-Semitic immigration policies in 1921 and 1924 restricting immigration from countries where Jews lived. Because of his bold choice, my great grandfather was able to save his family; by 1925, he was able to bring his daughter—my grandmother— to America. But millions of Jews were not as lucky; the policies passed in the 1920s remained in place for decades. Even as Nazi harassment of Jews in the 1930s gave way to the largest genocide in human history, a US policy grounded in “America First” prevented even those Jews lucky enough to escape from immigrating.

If my family’s story is unique, it is only because we preserved the details. The 2 million Jews who came to America between 1883 and 1925 left their homes and families behind because they had no other choice. While the promise of America was great, a person was unlikely to endure the profoundly unhygienic conditions of steerage or to set out alone to a foreign land unless they felt they had to. While the conditions my family endured were unimaginable, those seeking shelter in America today have it much worse. Immigrants entrust themselves to a dubious coyote or seek flight in a makeshift raft because staying home is no longer an option. Like my ancestors, they leave their homes and families behind with little more than hope.

I wonder if, in all the years President Trump called Manhattan his home, he ever boarded a ferry to Ellis Island. I wonder if he ever heard the echoes bouncing off the tiled walls of the great hall, and imagined the fear of a young child arriving in a new land. I wonder if he ever sailed under a sunny June sky to Liberty Island, and paid homage to the Mother of Exiles. I wonder if he’s read the words of Emma Lazarus — herself the daughter of immigrants — forever enshrined at her base:

With silent lips. “Give me your tired, your poor,

The wretched refuse of your teeming shore.

Send these, the homeless, tempest-tost to me,

I lift my lamp beside the golden door!”

Americans—regardless of political affiliation—should be scandalized that a president, in his first week in office, would seek to use immigration policies in ways that discriminate against Muslims, Hispanics, and people fleeing political violence. Such policies not only recall the darkest hours in our history, but also go against the core values of our country. In 1790, George Washington famously wrote to the Jewish community in Newport, Rhode Island: “The Government of the United States, which gives to bigotry no sanction, to persecution no assistance, requires only that they who live under its protection should demean themselves as good citizens.”

This is the true promise of American greatness: to be courageous enough to welcome the stranger and the refugee and to support them as they achieve the American dream. This was the promise of America that greeted my great grandfather in Vermont in 1910, and that has continued to inspire immigrants over the past century. The freedom of America provided them with new and seemingly boundless opportunities. I owe my very life to those freedoms; I cannot stand idly by as they are stripped from others. It is time for people of conscience to come together and, in the words of Langston Hughes, “bring back our mighty dream again.”

Thank you to Ruth Messinger for introducing me to Langston Hughes’ poem “Let America be America Again.”

Rabbi Daniel Stein is the spiritual leader of Congregation B’nai Shalom in Walnut Creek, California and a signer on HIAS’ Rabbinic Letter In Support of Refugees.