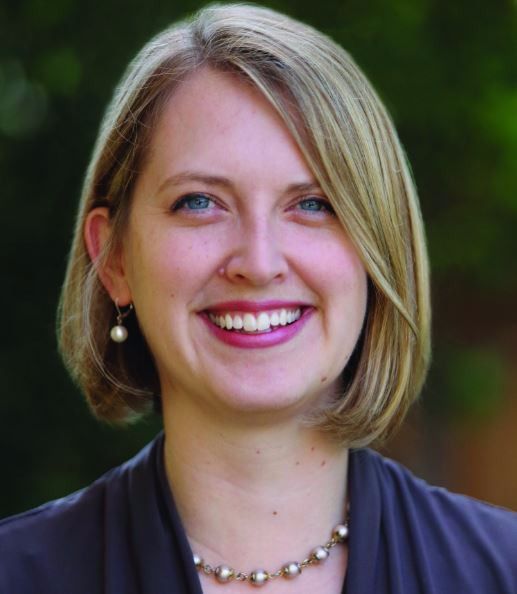 This piece is part of a series on next-generation engagement following a panel discussion at the Jewish Community Foundation of Los Angeles (The Foundation). This universal topic is front of mind with Jewish leaders striving to create pathways of inclusion and connectivity to Judaism for “Gen X” and millennial Jews. Since being established by The Foundation in 2006, more than $15 million in Cutting Edge Grants have been awarded to 84 programs, with a particular emphasis on initiatives to drive Jewish engagement and inclusion.

Imagine connecting with fellow 20-somethings over sushi and sake under the stars of a Sukkah, or hitting up the latest hotspot with a roving Shabbat supper club. Take in an original theatrical production in the park, based on the first recorded Jewish play written in the style of a Greek tragedy, raised up by the voices of a children’s choir. Or pull up a chair at an intimate dinner to contemplate end-of-life issues and mortality.

Welcome to the now of Jewish engagement. Each of the preceding contribute to the matrix of innovative initiatives supported by the Jewish Community Foundation of Los Angeles (The Foundation), where I am privileged to direct its Center for Designed Philanthropy, managing our diverse grant programs and providing philanthropic advisement to donors. Moishe House, Silverlake Independent Jewish Community Center, theatre dybbuk and Reboot in partnership with IKAR, to name just four, have conceived of these above programs to engage millennials, Gen-Xers, and the wider Jewish community in remarkable and fresh ways. In fact, the inspiring leaders of several of these organizations have written about their initiatives in the Forward in recent weeks. From those accounts, the future looks bright.

Since 2006, The Foundation has been a driving force in seeding the future of our Los Angeles Jewish community, awarding more than $15 million to 84 innovative initiatives through its Cutting Edge Grants program—with a principal area of emphasis being inclusion and next-generation engagement. These multi-year grants of up to $250,000 are awarded to creative thinkers, social entrepreneurs, and innovative organizations to develop and implement transformative programs of high visibility and impact.

Call it “engagement,” “inclusion,” “continuity,” or “connectivity.” But make no mistake: whatever it’s termed, engaging the next generation is one of the most pressing Jewish communal issues of our times. And in Los Angeles, globally renowned as a hotbed of creativity, that same spirit of imagination lends itself to our social entrepreneurs.

It also begs an essential question: what is Next Gen? For me Next Gen transcends age. Instead, it’s a perspective; one that is broad and forward-thinking for a vibrant Jewish community of all ages and diverse backgrounds.

And it’s as much about innovation as it is iteration, as we find fresh ways of connecting to ritual and tradition than what already exists. Here in Los Angeles, that work by necessity is done through the prism of diversity—as trends both within our community and the city as a whole such as intermarriage, evolving family structures and an aging baby-boomer population push us forward to create opportunities that are energizing and relevant for our times.

By The Foundation’s definition of next generation, we are fostering community, inclusion and interconnectivity based on common values and interests that know no age limits. Just as we have funded programs targeting millennials, we have seeded several programs serving boomers and beyond.

Last year, for example, we awarded a Cutting Edge Grant to create ChaiVillageLA, the first inter-congregational, neighborhood-based village for Baby Boomers and seniors interested in aging-in-place. Our funding enables the pilot participants to build on a foundation of Jewish values and community, under the supervision of clergy from each synagogue, through Village programs and services that include educational, spiritual, intellectual, cultural and pastoral experiences. It employs as its blueprint Boston’s Beacon Hill Village, L.A.’s Westchester Playa Village and 140 other villages which are part of a network known as Village-to-Village. Similarly, to meet the needs of Jewish Los Angeles’s future, ChaiVillageLA, too, is intended as a replicable model for other local synagogues and communal institutions.

As a result, the pathways to Judaism are being substantially broadened—with more points of connection than ever before. Our grandparents would scarcely recognize this landscape. They found inclusion directly through the front doors of their synagogues and their local Federations. In the years following the Holocaust, theirs were generations staunchly united in support of an emerging state of Israel, not yet the highly polarizing issue it is today. However, for Jews today, the calculus of engagement is significantly altered. Israel is no longer unanimously unifying, especially among Jewish millennials, and synagogue affiliation rates are increasingly challenged. It is precisely because new kinds of Jewish connections are needed that The Foundation is supporting programs that forge more pathways.

While The Foundation certainly is not unique in funding Jewish innovation, next generation engagement or placing this importance on re-animating Judaism to create connections, we believe our community-centric definition of next generation clearly sets us apart. In this regard, The Foundation’s Cutting Edge Grants have made an indelible impact on a broad cross-section of L.A.’s Jewish community, taking root and continuing to positively influence the lives of tens of thousands of Angelenos.

As great ideas abound, with no shortage of human capital focused on social entrepreneurship, financial commitment to Jewish social innovation is more important now than ever, as well as an obligation to support these critical initiatives beyond the initial stage of seed funding. Through the application of technology—including the proliferation of social media platforms—connection and engagement to targeted audiences is more immediate, personalized and effective than ever before. The results are reflected in truly inspired efforts that create a Jewish future that is vibrant and welcoming, offering opportunities for inclusion and the potential to bind our community together rather than compartmentalize it into silos.

So regardless of whether it’s sushi in the Sukkah or taking in Jewish theatre in the park: whoever you are, wherever you’ve come from, regardless of your age, even in today’s increasingly complex world and shifting Jewish landscape, there are more possibilities than ever for finding your way in and connecting to Jewish life.

Elana Wien is Vice President of the Center for Designed Philanthropy at the Jewish Community Foundation of Los Angeles.