Meet the California Jewish Boomers Choosing to “Age in Place” 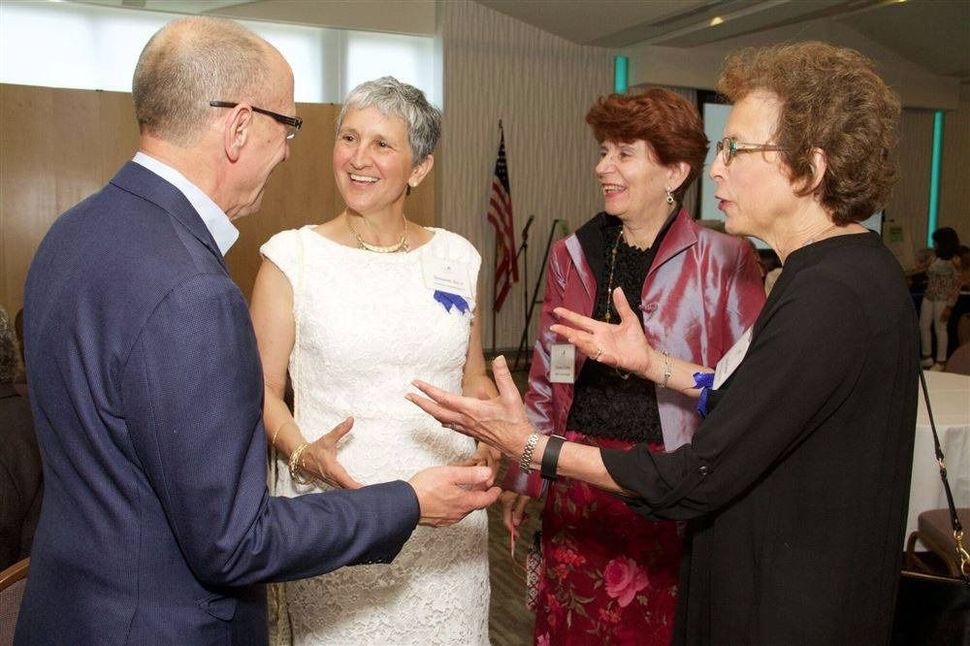 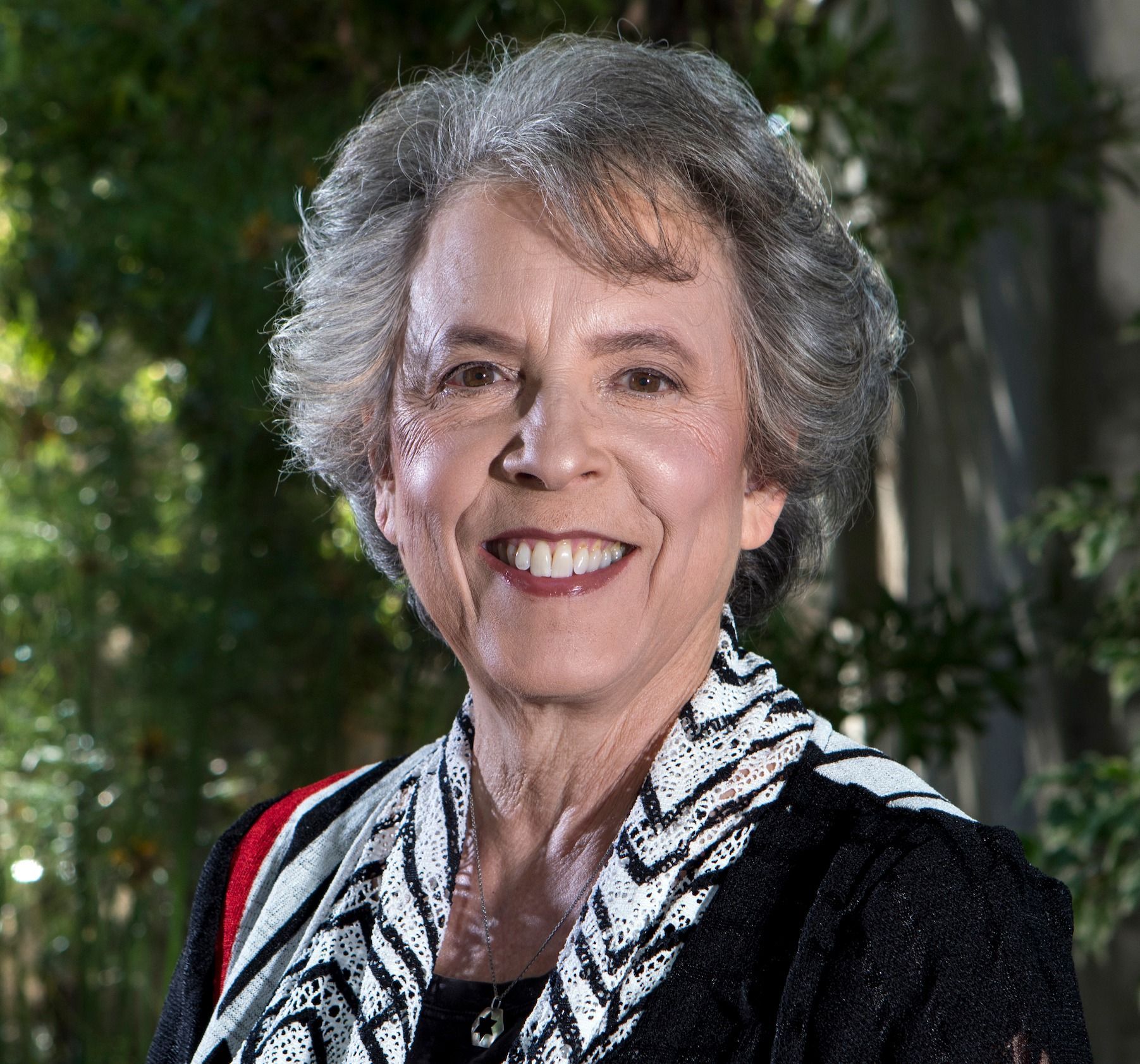 Three years ago, Temple Emanuel conducted a thoughtful Temple-wide community organizing effort focused on baby boomers and those slightly beyond in intimate house meetings where participants shared their feelings about what many are calling a new stage of life: the stage after building careers and raising families and before frail old age, a stage that for many of us may last as long as 30 years. We asked what kept them up at night and what got them up in the mornings –their fears and their hopes. Then we asked what they wanted from the Jewish community.

The most important fears were becoming invisible and becoming isolated. The most important hope was discovering meaning and purpose in this next stage of their lives, including how they could give back and how they could leave a legacy to the next generation. In other words, they not only wanted the Jewish community to help them “find support in times of need, communal celebration in times of joy, and friendships to make life fulfilling,” but also they wanted the Jewish community to help them find meaningful ways to continue to be active and productive, continue learning and growing, and continue deepening their relationships. And most of them, like many others in this “next stage”, want to do all this while living in the homes and neighborhoods that they love.

ChaiVillageLA is a direct response to this challenge. Inspired by the growing national Village movement, ChaiVillageLA is an innovative self-governing volunteer based effort that will enable congregants the option to “age in place” by creating a thick, multi-generational interdependent community inspired by Jewish values where congregants of different ages can assist each other and enrich each other’s lives. It is collaboration of three Reform synagogues supported by a three year Cutting Edge Grant from the Jewish Community Foundation of LA. This is different from either co-housing or assisted living in that people stay in their own homes, making it a much more financially feasible alternative. I believe it has the power to transform neighborhoods, make a real difference in the lives of individuals and families and re-imagine “conventional” large synagogues as networks that can work together to enable meaningful Jewish community.

ChaiVillageLA officially launched in May 2016, but already the engagement of leaders from all three synagogues has been beyond our expectations. There are approximately 20 leaders from each of the three congregations who have organized themselves into committees like Marketing and Communications, Membership and Recruitment, Programs and Services, Fundraising and Sustainability, and Research and Networking, with a Steering Committing consisting of committee chairs and three co-chairs, one from each congregation, as well a rabbi from each congregation. For three synagogues to work together this closely on such a significant project is itself revolutionary! Initial meetings of interested congregants have begun, already engaging an additional 100 congregants.

Village membership is open to members of any of the three synagogues. So the Village itself will strengthen the synagogues while retaining and even recruiting new members from this cohort. The initial Village will encompass a geographical region where there is the largest overlap of congregational memberships, approximately 1000 member units with congregants over the age of 50. Our hope is to engage at least 200 of them to become members in the first two years. At that point we will establish a second Village “spoke” in a neighboring area where other congregants are clustered. Any member of the congregations, no matter where they live, can join the Village and participate in the social dimensions of the Village. In order to receive services, however, a Village member needs to live in the geographic neighborhoods defined in the initial phase. The actual diameter of the Village is determined by how far a member would drive to deliver a meal to someone who needs it. This is Los Angeles, after all, where traffic is a major problem!

The intention is to provide both services and a social network. Services: Village members will volunteer at least twelve hours a quarter to provide services for other members like transportation to medical appointments, minor household repairs (changing lightbulbs or smoke alarms, for example), walking pets when someone is recovering from surgery, delivering a meal after illness or bereavement etc. Social: Village members will decide what kinds of activities they want to facilitate. Already there are plans for walking groups, visits to museums, knitting circles, classes taught by volunteers ranging from poetry writing to Jewish texts. Over time Jewish holidays will be celebrated in each other’s homes, as well as in the three synagogues sponsoring the Village. All this will be coordinated by a paid coordinator working with volunteers.

This work also touches on Proposition 1 in that it includes the Wise Aging effort sparked by the book by Rabbi Rachel Cowan and Linda Thal which has created multiple Wise Aging groups led by trained lay leaders in our synagogue and eventually in the Village. And clearly, to the extent we succeed, this Jewish community will offer glimpses of kedusha – experiences that provide holiness, transcendent meaning and a sense of purpose.

ChaiVillageLA is ultimately a response to the challenge posed by social scientist Steven Cohen: “Boomers (people born between 1946 and 1964) are the first generation in human history… to reasonably anticipate living… into their 80’s and 90’s if not beyond… Jews (as others) are not only living longer, they are living in an age of meaning-seeking, with the interest and wherewithal to make living a life of meaning an ultimate and reasonably obtainable objective… As such, this aging, yet largely healthy generation of American Jews poses a challenge and an opportunity to a … community that is as yet unprepared for the totally new policy and planning opportunities that loom in the near future.” We are getting prepared.

Rabbi Laura Geller is the rabbi emerita of Temple Emanuel of Beverly Hills.

Meet the California Jewish Boomers Choosing to “Age in Place”