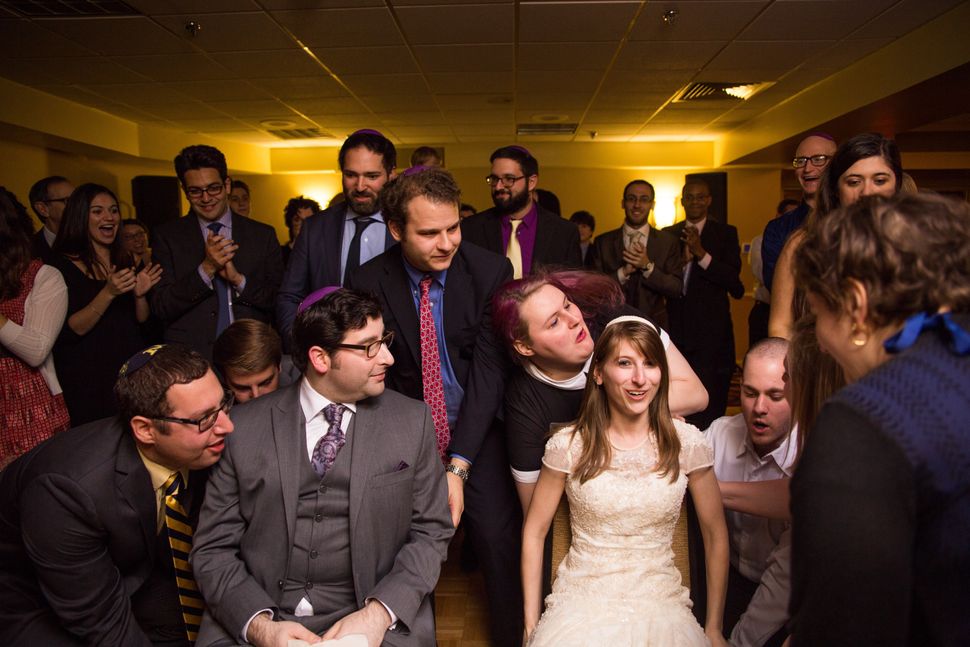 Image by Courtesy of Ty Ueda 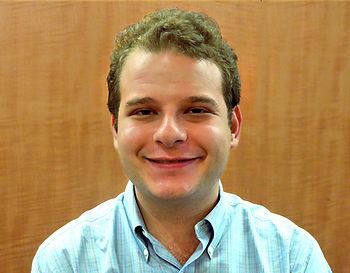 It is a dark time for many Americans. The election of Donald Trump, coupled with Republican domination of Congress, the Supreme Court, and the vast majority of state legislatures threaten much of the progress many demographics, such as women and LGBT people have achieved not only during the Obama years but over the past several decades.

Despite the terror that many of these people currently face, there are still rays of hope, and there are many Americans whose values are progressive enough to ensure that such people still have a place in the United States, as was the case at the wedding of Jessica Goldberg and David Posner.

“Given our shared values, there was never a question whether [the wedding] was going to be radically egalitarian,” Posner said. “The question was just how traditional we wanted it to be at the same time.” The egalitarian nature of the wedding was particularly evidenced by the couple’s efforts to eliminate traditional gender roles and gender-specific terminology over the course of the ceremony. The first of these main reasons for these omissions were their belief that all Jewish customs and obligations are just as important for women as they are for men. Their belief in marriage equality and disbelief in the gender binary was the other reason.

Goldberg, a rabbinical student at Hebrew College in Newton, Massachusetts, helped to champion the more traditional aspects of the wedding ceremony. She said that during her time in college, she became aware of many Orthodox customs that had not become common in other Jewish denominations. “Moving on from college to rabbinical school, I saw how many of these [Orthodox customs] could be reclaimed in an egalitarian way,” she said.

These efforts were evident from the moment the festivities began with Goldberg and Posner each having their own tisch, a practice quite uncommon in non-Orthodox Jewish weddings in which the groom traditionally delivers a sermon to friends and family, only for the attendees to interrupt with music and humor throughout.

The egalitarian traditionalism of the ceremony was further emphasized by the couple placing white kippot on each other’s heads, based on the tradition of the groom covering the bride’s face with a veil, along with both of them wearing kittels, white robes traditionally worn by Jewish men. Goldberg and Posner would proceed to circle each other and concluded the ceremony when both broke glasses under their feet. 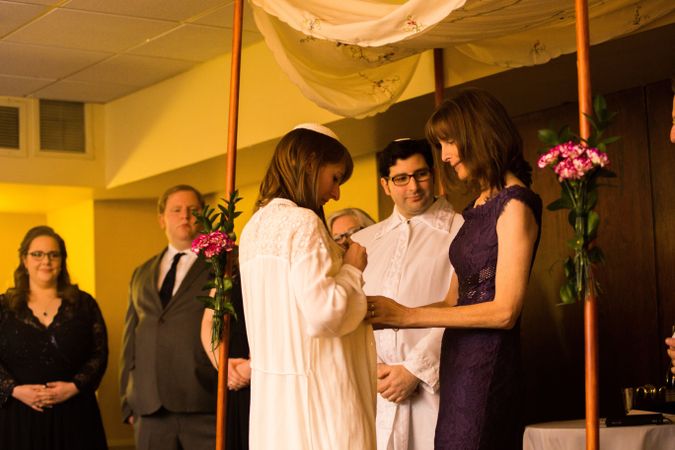 Image by Courtesy of Ty Ueda

Gender and sexuality was not the only way in which the wedding was progressive. The meal offered at the reception, which included such delicacies as barbecue seitan, falafel, and risotto balls was completely vegetarian-friendly, reflecting not only the couple’s dietary habits, but also those of many of the wedding’s guests.

As American society becomes increasingly progressive and diverse despite current political realities, it seems all but inevitable that the nature of weddings will come to better reflect changing attitudes. The wedding of Jessica Goldberg and David Posner will likely be among the first of many to reflect this new reality.

Michael Rock is a writer, researcher, and blogger with a profound interest in domestic and global affairs.