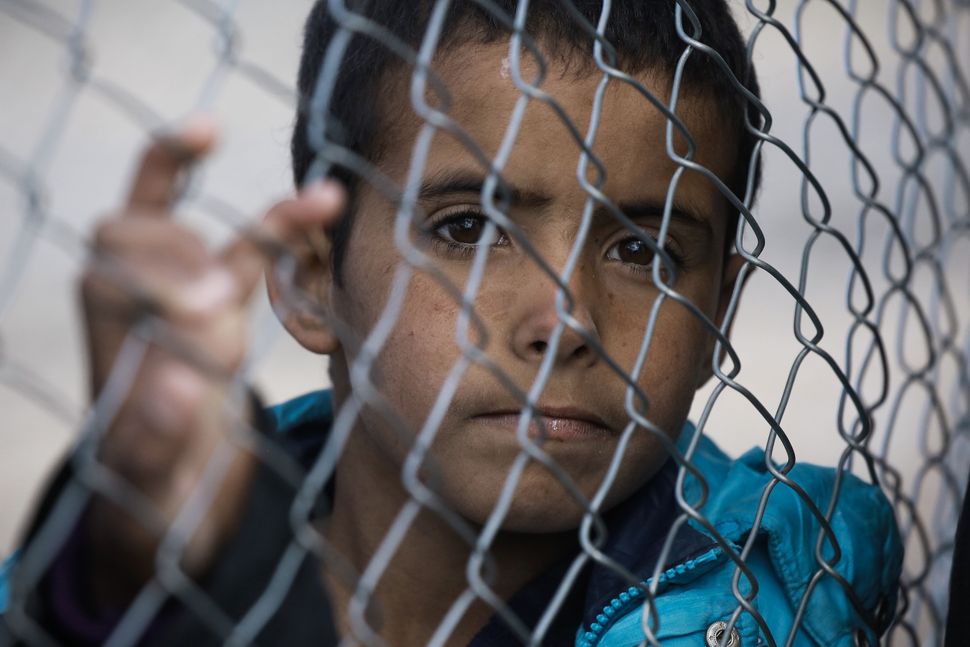 There is a huge amount of rage being directed at President Donald Trump’s administration over it’s temporary ban on immigrants and visa holders from 6 countries in the Middle East and indefinite ban on Syrians entering the country. Uber has lost clients, Iraq and Iran have sought to ban US citizens from traveling there, an acting U.S. attorney general has been removed, and more is likely to come.

It all began with Trump’s signing of an executive order on January 27th seeking “to protect the American people from terrorist attacks by foreign nationals admitted to the US.” Most media reported this as a kind of “Muslim ban” targeting 7 countries. But the actual executive order is more nuanced. It targets 6 countries that were already “countries of concern” for the Department of Homeland Security. Countries that were either failed states, such as Yemen, Somalia and Libya, or where Islamic State had taken over swaths of territory in Iraq and Syria. How and why Iran and Sudan, where few if any terrorists have ever come from in recent years, were on the list was unclear.

Trump has always been obsessed with Syrian refugees. During the October 2016 presidential debate with Hillary Clinton, he said “she’s taken in tens of thousands of Syrian refugees who probably, in many cases, definitely are ISIS aligned.” The reality is that there are almost no ISIS-aligned Syrians; more hard-core ISIS volunteers (around 5,000) came from EU states than came from Syria. An article at Public Radio International in December noted that Trump would “flex his power and suspend the Syrian refugee program.” Lo-and-behold, he did exactly what he said. “I hereby proclaim that the entry of nationals of Syria as refugees is detrimental to the interests of the US and thus suspend any such entry,” he said on January 27. Unlike people from Iraq or Sudan or other places, who received a 90-day moratorium on their entry to the US, Syria was singled out for a total and indefinite ban.

More than 12 million Syrians have been driven from their home since 2011, when protests erupted against the regime of Bashar al-Assad. Around 500,000 have been killed in a brutal civil war that the Russian and Iran-supporter regime appears to be slowly winning. Under President Barack Obama the U.S. was slow to realize the suffering of Syria. Very few Syrians applied for asylum. According to a document from the US Citizenship and Immigration Services, the number of applications rose from 489 in 2012 to 1,586 in 2014. The US granted asylum to 83% of requests. Overall, around 84,000 people requested asylum in 2015, but most were not Syrian. While 1.3 million migrants and refugees made their way to Europe in 2015, very few came to the US. The UNHCR maintains a map of the 4,904,021 Syrian refugees in the Middle East, most of them in Lebanon, Turkey and Jordan.

The little secret then of Trump’s moratorium on Syrian refugees is that most Syrians were not applying for asylum in the U.S. — and even those who did were receiving a very slow recognition of their suffering and needs. This is because Syrian refugees are mostly housed in camps near Syria. In trips I’ve taken to speak to those refugees in Jordan and Turkey, most hoped to return to their beloved Syria. They wanted Assad removed from power. However, the Syrian regime has received steadfast support from its allies, whereas allies of the Syrian rebellion have been more lukewarm. In 2015, when hundreds of thousands of Syrians sought asylum in Europe, it was due to a recognition that after 4 years of war, their situation was untenable.

The real U.S. contribution to the Syrian refugee issue has been financial. More than $5 billion has been sent as humanitarian assistance since 2011, according to a statement by the U.S. embassy in Jordan. That provides the bare minimum for the refugees living in and outside camps. It helps keep Jordan and Lebanon stable as well.

The problem with the U.S. media is that very few articles seem to take into account what Syrian refugees want. Do they want to come to America or do they want their country back? MSNBC’s Chris Matthews savaged the refugees in 2015, accusing them of cowardice. “Is it too much to ask the Syrians lead the fight to retake Syria? It is their country. Unless they’re willing to abandon it. And what do we think of people who do that?” But 500,000 Syrians have died trying to fight for their country. Out of 22 million, half of the country is displaced and its cities are in ruins. The U.S. population was 31 million in 1860 and 700,000 were killed in the US Civil War which lasted five years. So in the most traumatic war in US history, less people as a percentage were killed than in Syria and far less people displaced.

In a chaotic and sudden move, Trump’s team has decided to scuttle the re-settlement of Syrians, which doesn’t affect that many people. What is of greater concern is Trump’s policy in the region relating to the millions of refugees. In a call with Saudi Arabia’s King Salman Salman, Trump “requested” that the Saudis support safe zones in Syria and “to help many refugees who are displaced.” The Saudis already supported safe zones, but they were doing little to help refugees. If the U.S. can actually create safe zones, which John Kerry was unable to do through over 5 years of diplomacy, that would do more for Syrian refugees than the minuscule and largely failed resettlement program. The suffering of Syrians is extraordinary and there are solutions. Those solutions begin with listening to the refugees themselves in the region.