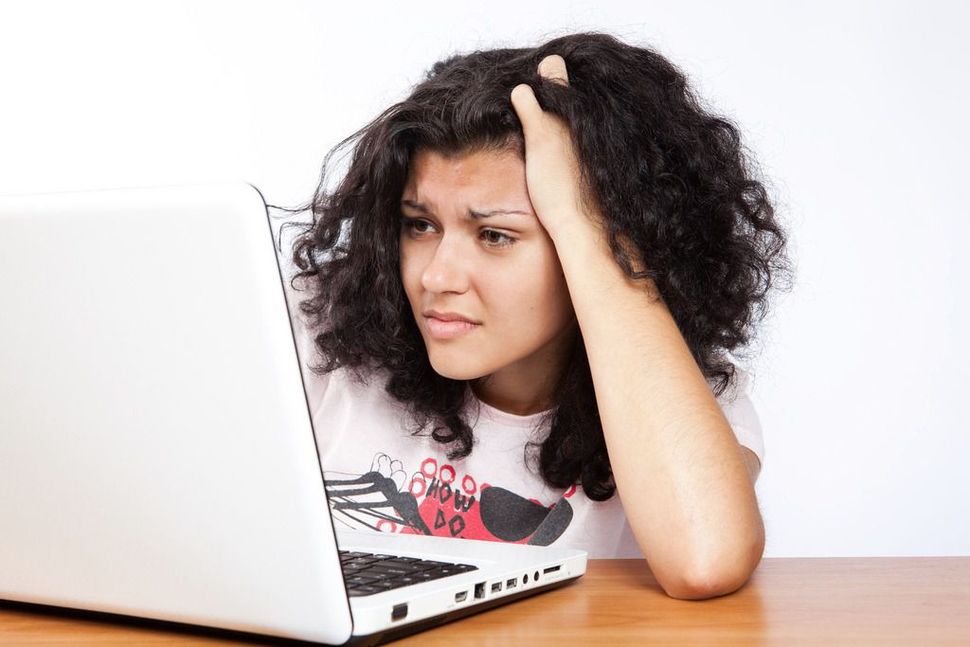 A version of this article originally appeared on New Voices.

Everyone has their morning rituals. I roll over, sleepily grab my phone, and look at my Google Alerts for “Jewish students,” which supplies me with all the day’s news featuring campus Jews. As the editor of New Voices and a nerdy recent grad, this is what one does before coffee.

“UK’s Jewish Students ‘Bullied Under Guise of Criticism of Israel’”

The predominant message: Students are victims in denial of our victimhood. We need to wake up to our troubles and be brought back to reality. Our leftist movements are being coopted for evil.

We all know that these headlines aren’t what our lives on campus look like, that these tidbits about anti-Semitic incidents or controversy surrounding Zionism, while important to discuss, neglect to tell our Jewish stories in a rich and nuanced way.

But a Jewish girl can dream, and for a minute there, I thought press about Jewish students would change – especially because, after this election, we’ve been changing. BDS measures are dying down. Many Jewish students are shifting their focus away from anti-Zionism on campus toward the alt-right anti-Semitism they’re seeing on social media. (i.e. The delightful Twitter user who called a New Voices writer a “#whiney #Jew” for a critical article on Steve Bannon. Fun stuff.)

Concerned about what it means to be Jewish under the new administration, students are working to build interfaith partnerships on campus and reaching out to other minority student groups. (For example, the Interfaith Youth Core, an organization of young interfaith leaders, is disproportionately Jewish at 17%, and more Jewish students have gotten involved since the election.) Out of that same concern, Jewish students report feeling alienated by Jewish institutions that have failed to react to alt-right rhetoric.

Our interests, issues, and activism have always been diverse and arguably even more so since the election. But right-wing Jewish media outlets, which often do the most Jewish campus coverage, haven’t caught up with us yet. They’re still focusing largely on the small selection of issues they’ve deemed important.

I want to wake up in the morning, blearily check my Google Alerts, and see a different series of articles in my inbox. I want to see pieces by students for students, covering events on their campuses and the issues they care about at a time of political upheaval. I want to see news that portrays Jewish students as the activists they are, not the passive victims they’re portrayed to be. I want to see articles that reflect the political, religious, and cultural diversity of the Jewish student body. I want to read what you have to say – every day.

Sara Weissman is the editor in chief of New Voices. Kvell or kvetch to her at editor@newvoices.org.