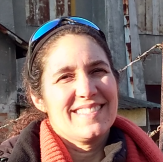 The wooden houses with their straw roofs, their low beams, and crooked steps, solid wooden churches of dark wood with curved domes and cupolas, creaky old chicken coops and mud paths seemed both distant and familiar. At any moment one expects Tevye to appear from behind a corner nudging his horse, teasing his wife, or complaining to his God. The Museum of Folk Architecture and Rural Life in Lviv, Ukraine offers a truly enchanting vision of living history.

The museum houses over 100 structures, a few reconstructed, but most original houses, churches, workshops and agricultural buildings from the last three centuries. Some are closed up, but others are open to the public and filled with period artifacts of wood, wool, ceramic, and metal. Although some staff is in evidence, occasionally even in traditional garb, the place lacks the kitsch and consumerism of Colonial Williamsburg.

Each structure has a small plaque explaining its origins. Unlike in most of the other museums and monuments that I visited, most of the information is presented in English as well as Ukrainian. Using the map given at the entry, or simply reading the signs, it soon becomes clear that the museum is divided into regional areas. One thus encounters variations in the vernacular architecture of homes and churches, as well as the types of crafts and animal husbandry on display. Some of the sections are organized into mini-villages. There is even a Cossack village where one can sample traditional food. 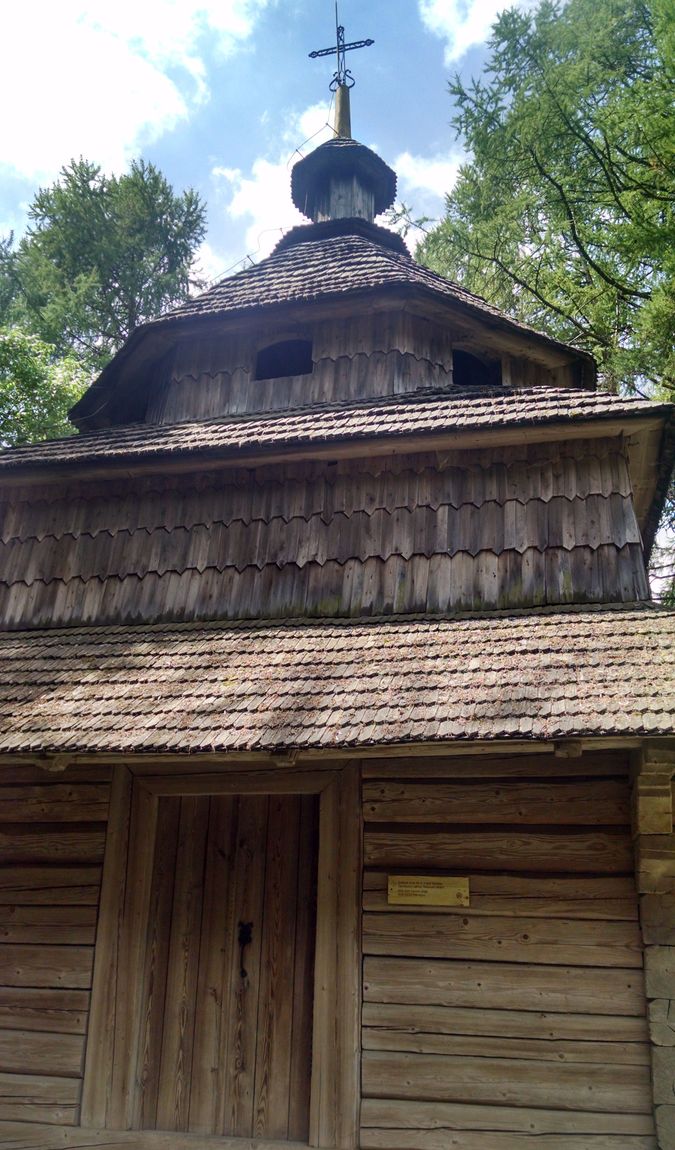 On the particular weekday that I visited, besides myself, all of the couples and families meandering through the byways, thickets, forests, ponds and ravines of the enormous open air museum were Ukrainian. The museum is somewhat difficult to locate. More than that, however, due to the ongoing conflict in the eastern part of the country, western tourists have not been visiting Ukraine for the past few years.

This situation will eventually change. A tour guide I spoke to said that Polish tourists were already beginning to return. Jewish tourists from North America, Israel and elsewhere will also find their way back. We are drawn to Galicia and the possibility of connecting with our roots in our grandparents’ and great grandparents’ hometowns.

And what better way to get a sense of what those towns and regions looked like in the eighteenth and nineteenth centuries than by visiting this remarkable museum? There are several other folk architecture museums in Ukraine, as well as in other parts of Europe. They were a minor trend in the 1970s. Wandering through the museum I was struck by the power of such an institution to offer its visitors an entry into their past. I was also struck by the realization that Tevye was not going to appear. This is a Ukrainian vision of village life, and there is absolutely no trace of the Jews who resided among them for so many years.

I do not mean to suggest that this is an example of anti-Semitism, nor even of purposeful neglect. The museum website states that groups of scholars and students continue to travel to villages to collect information and artifacts, but Jewish life is largely invisible there as well. No one still living today can recall a time when Jews were a part of village life. And the synagogues and cemeteries that the Nazis did not succeed in destroying have mostly been erased by Soviet neglect or the passage of time.

And as a result the Museum of Folk Architecture and Rural Life offers an ethnically cleansed version of the past. The mini-villages differ from one another, but only in structure of roofs and types of crafts. The whole world on display is one of Ukrainian peasants living at peace with one another and their land.

Nor do I mean to suggest that we have done, or would do, a better job. The process of idealizing the shtetl that Sholom Aleichem began was amplified by his popularizers. In the mythical Anatevka of stage and screen, the only Ukrainians we see are drunk pogromchiki. Arguably our simplified version of the past is even worse than theirs. Whereas they have rendered us invisible, we have made them into the enemy.

But what if the recreated villages told a different story? If one of the idealized villages held the home and workshop of a tailor or sandler, with a mezuzah on the door, if another offered entry into a ritual bath, a third housed a beit midrash (a house of prayer and study), and another a wooden synagogue, the museum would offer visitors a subtle and non-dogmatic vision of a complicated past.

Juxtaposing a recreation of one of the marvelous, whimsical, wooden synagogues now preserved only in old photographs with one of the beautiful old wooden churches preserved in the museum could not fail to realign all of our visions of the past. Looking at the shingled domes and soaring painted interior walls of the churches, it is immediately obvious that the craftspeople, artisans, designers and builders of these structures worked together. The architectural idiom is the same, adjusted only for the requirements of different religious communities.

Whereas didactic, top-down efforts to inculcate particular historical interpretations generally fail, the familiar presence of buildings may be the ideal way to enlarge the frame of the picture. After two hours of meandering down the paths, trails and fields of The Museum of Folk Architecture and Rural Life, it was no longer Tevye I wanted to see, but a more realistic picture of a shared past.

Eliyana Adler is a student and teacher of East European Jewish history.