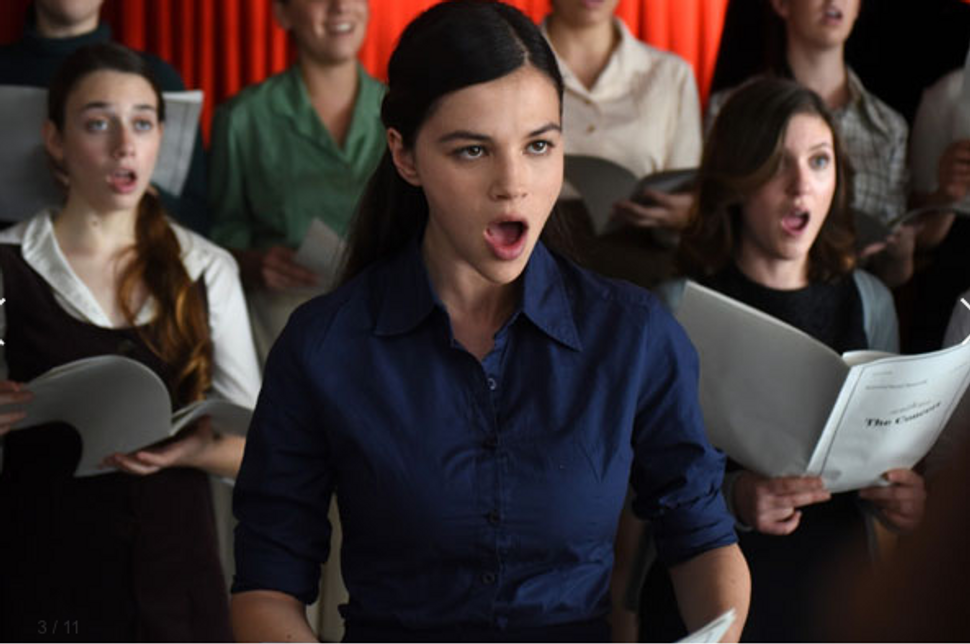 The 5th annual Israel Film Center Festival launches this May with a diverse selection of Israel’s latest hit films. The focus of this festival is Israeli stories beyond the politics of the Israeli-Palestinian conflict.

Throughout the years, many of the films highlighted in this festival have not necessarily been featured in the top international festivals, and many do not receive American distribution. But these films are major hits in Israel; they have high production value and are well told, but do not feature the classic topics or styles that attract the international distributors or festivals, and therefore do not always get the same international attention. These are not the arthouse hits or political exposés; they are the stories coming out of the day to day Israeli life and imagination.

A perfect example is Home Port (Namal Bayit) by Erez Tadmor. This film tells the story of an Israeli port and the internal conflict between the workers, their union, and the owners of the port. The film follows a father who returns from many years at sea to find more solid ground and reconnect with his family with a stable job as a manager at the port. The story plays universally and is shot beautifully on location. Despite being fiction, the film took on a real life issue as major strikes took place this past year at one of Israel’s major ports, foreshadowing some dramatic twists of the film.

Although it might have some qualities of the Kazan classic On the Waterfront, this is not a film that pushes the envelope artistically nor a cinematic masterpiece that will wow international critics. Instead, it is simply an engaging film that translates well to audiences, also known as crowd pleaser… remember those?

This is where the Israeli film industry is now thriving. After over a decade of international recognition, Israelis, who mostly saw international films, are now seeing Israeli films in the cinema and enjoying stories from within. And even more, the quality of these films can rival any international one.

This year, there are many comedies included in the festival. It has been rare to see quality comedies coming out of Israel, but these have proven to be Israel’s biggest box office contenders. Mr. Predictable and Four by Four both tell completely lighthearted, mainstream stories. Mr. Predictable follows a really good guy, maybe to the point of being a pushover, who meets a woman who pushes him to his adventurous side. One can see similar qualities to Billy Wilder’s The Apartment. The film is pure entertainment and never attempts to become a classic or a profound critic of society. Four by Four can be best described as an Israeli version of The Hangover. This road trip film takes a group of high tech colleagues from Tel Aviv on a quest for a hidden beach in Sinai. The over the top characters give a uniquely Israeli twist to this familiar genre. As they circumvent road block after road block (sometimes literal), nothing is off limits.

Despite being universal stories, the fine details of these films are specifically Israeli. The success of Israeli films is due to their retention of Israeli culture throughout. Israel might have become a more universal country, but when you look at any scene, you can find details that are distinctly Israeli. From the body language to the way the characters dress or even the set design, they are all reflective of a very particular culture. As the themes become more universal, the details and visuals remain distinctly Israeli and thus familiar and approachable to wide audiences.

Despite many theatrical releases of Israeli films in the U.S., many of these films still are not seen outside of Israel anywhere apart from Jewish and Israeli Film Festivals. The festival is presenting a few pre-releases of films that will soon be in theaters. One is the very distinctly Israeli comedy, The Woman’s Balcony, a beautiful film about a small woman’s section in a Sephardic synagogue in Jerusalem which collapses, bringing to the surface internal politics of their community. Another is Past Life, which is the latest film directed by Avi Nesher. Nesher is one of Israel’s most accomplished directors, and has made some of Israel’s blockbusters, but most of his recent hits have not had major American releases.

Thankfully, films from this festival have a platform on which they can live on and reach broader audiences. The Israel Film Center Festival has a streaming site and an Apple TV app giving further access to past films. The site, which has over 100 films, is releasing a few new major films, most from past festivals, that present a diverse picture of Israel in film. From a historic story of an orphanage in pre-state Palestine in The Fifth Heaven to an attempt of neighbors to save a vacant lot from becoming the next major Tel-Aviv construction site in Up the Wrong Tree. There is everything from an epic tale of an Israeli soldier filled with biblical references in A Place in Heaven, a comedy about Israeli Dance in Hora 79. There is something for everyone.

Ultimately, these films present a multi-layered picture of Israeli society. Israel is not just politics or soldiers, or religion, or Holocaust. Israel has a rich culture that includes those aspects and much more. Beyond the black and white headlines, there is love, life, and art! These films are a true reflection of Israel in all of its diversity.