Are Both Jews and Palestinians Indigenous To Israel? 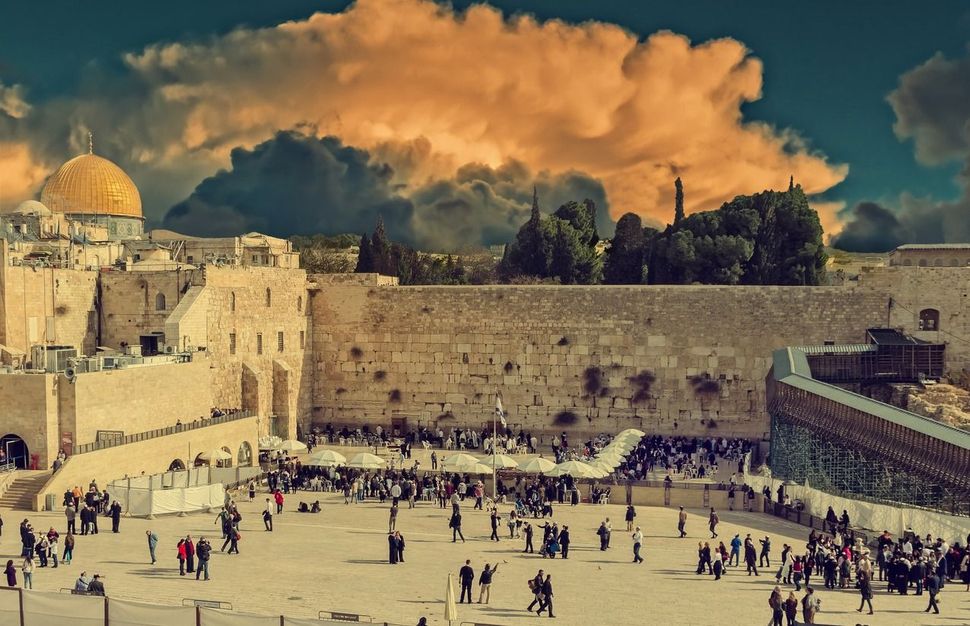 On Yom Yerushalayim (Jerusalem Day) we celebrate an indigenous people displaced from their land by colonizing Empire (a succession of Christian or Muslim empires, to be specific) returning home, gaining self-determination, and then regaining access to the lost city that had been holy to them for 3,000 years.

But of course the history is not so simple. The story I just told, though true, makes no mention of the Palestinians or their plight. You’ll also notice that I referred to the Jewish people as the “indigenous people of Israel.” This claim, though demonstrably true, is still a shocking locution to many.

The idea that Palestinians are indigenous to Israel might flow off the tongue more easily. One reason is likely because we associate indigeneity with disempowerment, victimhood and loss. This poses an interesting question: if, say, the Haida people in Canada regained complete sovereignty over their ancestral land, acquiring power with all the impurities that cling to it, would we cease to regard them as indigenous?

The definition proposed by José Martínez Cobo, who served as the UN’s special rapporteur on discrimination against indigenous populations, is widely accepted. In Martinez-Cobo’s definition, Indigenous communities are peoples and nations which, having a historical continuity with pre-invasion and pre-colonial societies that developed on their territories, identify those territories as their homeland. Martínez Cobo wrote that “This historical continuity may consist of the continuation, for an extended period reaching into the present of one or more of the following factors: a) Occupation of ancestral lands, or at least of part of them; b) Common ancestry with the original occupants of these lands; c) Culture; d) Language; e) Residence on certain parts of the country, or in certain regions of the world; f) Other relevant factors.

The only historically valid objection to Jewish indigeneity relies on the fact that Abraham migrated to Israel from Mesopotamia. This relies on a misunderstanding of the nature of Indigenous identity, however. All people throughout the world ultimately come from somewhere else. What makes a people indigenous to a place is their having become a people in that land, and having all the earmarks of a unique culture associated with that place. The Jews became a people in Israel (whether one believes this happened before they were slaves in Egypt, or afterward, or you reject the historicity of the Exodus altogether and believe the Jews came into being in Israel alone). The fact of the birth of the Jewish people in Israel and the unique and omnipresent role of the land of Israel in Jewish culture for the last 3,000 years is indisputable to anyone who doesn’t embrace “alternative facts.”

Jews lost their sovereignty when they refused to integrate into the colonial Roman Empire, who reacted to their rebellion by massacring the Jews of ancient Palestine (the name of the region given to it by the Romans) and definitively breaking their power in their land. The region was then passed from empire to empire until it ended up in the hands of Muslim Ottomans, who lost it to the British Empire before the Jews successfully regained a portion of their ancestral land through the success of the Zionist project.

What, though, of Palestinian Arabs?

Whether Indigenous or not, Palestinians clearly have rights in Israel and the Occupied Territories- both human rights and the “rights of longstanding presence.” Some Palestinian activists, however, have also claimed indigeneity in recent decades, a move well calculated to increase international sympathy and to instantiate their rights in the land through claiming indigenous rights.

The first such attempt was to link to the Philistines, but the Biblical people called “Philistines,” deriving from the Hebrew word peleshet, have no connection ethnically, linguistically, or historically to the people of Arabia. In a 2012 speech, a spokesperson for Mahmoud Abbas said, “The nation of Palestine upon the land of Canaan had a 7,000-year history B.C.E. This is the truth, which must be understood, and we have to note it, in order to say: ‘Netanyahu, you are incidental in history. We are the people of history. We are the owners of history.’ ”

In fact, the Canaanites disappeared as a distinct people 3,000 years ago. Before the establishment of Modern Israel, Palestinian-Arab leaders claimed a connection to the land of Israel dating back to the seventh century CE, when Muhammad’s followers conquered North Africa and the surrounding region.

So the Palestinians do not have a comparable claim of indigeneity to the Jewish one, based on ancient formation in the land of Israel. There is, however, another route by which we can come to consider the Palestinians indigenous to Israel.

It is unclear when exactly the Palestinian Arabs began to think of themselves as a distinct people or nation. We do know that as the Zionist project grew in momentum and became successful, the Arabs of Palestine began seeing themselves as a people on a land that belonged to them and was being stolen. In the decades since Palestinians have grown into a nation with a distinct sense of history and peoplehood. With a deep irony, Zionism substantially created the Palestinian people and continues to create it today.

Whether one considers Palestinian history lengthy enough to think them Indigenous or not is a moot point. If time is the issue, it’s only a matter of time until they qualify, so it is most logical to treat them now as having an indigenous claim. To do so in the way I’ve described legitimizes their claims without doing violence to truth or history.

Jewish indigeneity and indigenous rights in Israel must be respected for the international idea of Indigenous Rights to make any sense at all. Yet the Palestinian claim to indigeneity should not be dismissed either. Although it cannot be based on fictitious ties to the ancient Philistines or Canaanites, it can be based on 20th-century history. The Palestinians are now a real people, whether some like it or not, and every effort to aid them in gaining self-determination and a home should be pursued. They must be embraced as part of Israeli, and Jewish, history, and their claims to their Palestinian land, culture, and history fully acknowledged. The Jews are no longer the only living people indigenous to the Israeli/Palestinian territories.

Are Both Jews and Palestinians Indigenous To Israel?