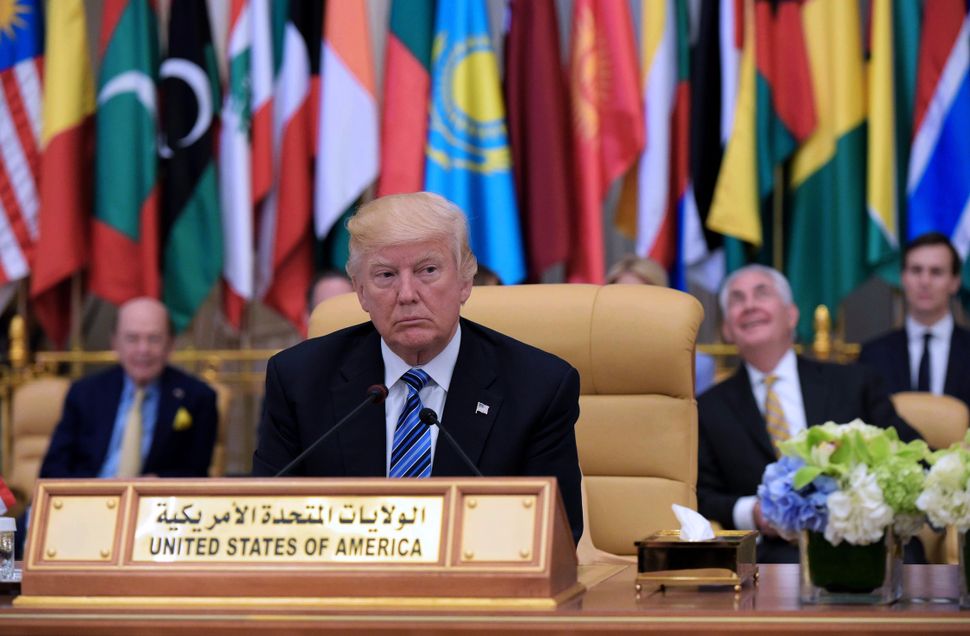 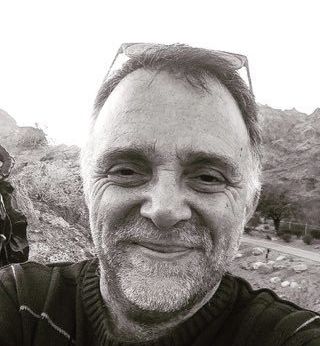 President Trump has returned to the United States after his travels to Saudi Arabia, The Vatican, NATO and the G-7 facing a set of challenges that are making the headlines. Iran was front and center when the President Spoke in Riyadh. It was also quite interesting to see how Israeli Prime Minister Benjamin Netanyahu was emboldened enough to hold his cabinet meeting underneath a tunnel in the Western Wall.

The joint news conference by the Saudi Foreign Minister and the U.S. Secretary of State was telling as Iranians had gone to the polls for the Presidential Election that saw Hassan Rouhani be re-elected by a wide margin. Although it was interesting to see how President Trump’s views on Islam had evolved, it appeared that the President liked certain Muslims — as it was also of note that the Secretary of State cancelled a 20-year Tradition of hosting the annual Eid-Fitr celebrations. It seemed that such was not as critical as billions of dollars of agreements that were signed, including over 110 Billion Dollars in Arms agreements. I was glad to see Secretary Tillerson noting that he won’t “shut off his phone” and that he would talk to his colleague, the Iranian Foreign Minister, at some stage in the future.

A reporter asked the Saudi Foreign Minister about the Iranian elections and the response to it was interesting in noting how it was “an internal Iranian matter.” Such apathy and indifference was understandable as the Saudis were very bitter in the aftermath of the attack on the Saudi Embassy in Tehran. What is critical to note that there is not a single Iranian that I am aware of who does not understand the abysmal record of the Islamic Republic regarding human rights as epitomized by the mass executions of the 1980s’. The economic and environmental disaster of the Ahmadinejad years are well known underscored by Orumieh Lake. If the Rouhani Administration had not worked to reverse the further degradation of Orumieh lake, 14 Iranian Provinces would have been impacted in a disastrous manner. It was also of note that one of the by-products of the opening to Iran was the cooperation given by US Environmental Experts in this manner.

Saudis were right to note concerns especially as the world knew and was witness to the brutal suppression of the 2009 Green Movement that saw thousands arrested and killed and the leaders of the Green Movement under house arrest. However, there was a realization in 2013 that things had to change that led to the election of Rouhani. It was a rejection of Ahmadinejad (and by extension the Supreme Leader) for openness, engagement and a more moderate path forward. That was the message in 2013 which was reinforced in 2017 as Iranians overwhelming voted for continuity.

Iran went through profound difficulties even after the 2013 Election. Execution and arrests continued to increase during Rouhani’s first term as Rouhani worked on trying to somehow get the economy back on track, reverse a near-decade of environmental disaster and to curb the power of the Revolutionary Guards. What was interesting was The Saudi Foreign Minister talk about human rights and “Iranian Behavior”. I found that to be understandable in light of the attack on the Saudi Embassy in Tehran. What the Saudi Foreign Minister failed to mention was that this very fact was highlighted during one of the Presidential Debates as the Iranian First Vice President went after the Mayor of Tehran, Jaffar Ghalibaf noting how many of the culprits were in the Mayor’s pay and were serving in key positions in his Presidential Campaign. In addition, what the Saudi Foreign Minister creatively glossed over was the subject of choice. Although Iran’s system “vetted” the choices through the Guardian Council, at least the people were given a choice. It was quite ironic how the newly-reelected President Rouhani noted how poor Saudi citizens were yet to see a ballot box. The Saudi Foreign Minister also did not bother to mention the disregard for the rights of women in the Kingdom. There is also a key historical fact that seems to have been lost by the Saudi Foreign Minister and indeed the President himself—that of Saudi Arabia’s support for Iraq during the Iran-Iraq War that seems to have been conveniently glossed over. The infamous handshake between Donald Rumsfeld and Saddam Hussein must never be forgotten—I am yet to see any sort of apology or regret for this from anyone:

During the news conference, there was talk about Yemen. The World must realize the profound tragedy that is unfolding in Yemen especially as the latest reports indicate about how millions are in danger of starving to death in Yemen as Ramadan has begun. The Saudi Foreign Minister condemned Iran’s support for the Houthis as he noted that there were about “50,000” of them and how it was the Houthis that were stealing Aid and were keeping the people of Yemen hostage. It was interesting that that the Saudi Foreign Minister admitted mistakes. What I found perplexing was that if they are that much in the minority, why is it that the Saudis are yet to defeat the Houthis especially as Saudi Arabia has been engaged in an prolonged war that they seem not to be able to finish despite support from the United States and the United Kingdom. The Saudi Foreign Minister talked about missiles being fired by the Houthis — it reminded me of the exact arguments being made by the Israeli Prime Minister as it unleashed the latest war on Gaza. The Saudi Foreign Minister noted that Iran supported Al Qaeda and the Taliban. I found that confusing as the essence of the justification of the Islamic Republic is in opposition to the very essence of these radical offshoots especially as Iran almost went to war with Afghanistan when the Taliban were in power in Afghanistan. It must also be of note that the former Dictator Ali Abdullah Saleh was supported by the Saudis For Years.

Iranians, though, are in near unisome about Iranian Government Action in Syria. Under the guise of protecting Shia Shrines, Iran has made commitment that is yet to see a end game in sight despite meetings and processes. It is a black mark for Iran as Iran supports Bashar Assad. There are estimates that Iran has spent some 60 Billion Dollars in Syria as it has sought to preserve the murderous reign of Bashar Assad. Although, interestingly enough, President Rouhani did go after the Revolutionary Guards during the campaign especially as it noted how they were in a mode to undermine the nuclear agreement with their provocative slogans written on missles of “Death to Israel” that in his view undermined the essence of the nuclear agreement that has caused so much grief for the Israeli Prime Minister. It seems, though, that Israel has more to be concerned about in light of the new agreement with Saudi Arabia that may undermine Israel’s Military Edge in the long-term.

As the war of Words between Iran and Saudi Arabia gathers steam, it was interesting how Qatar somehow struck an independent streak as the Emir of Qatar congratulated Hassan Rouhani on his re-election. President Rouhani underscored his commitment for dialogue which will be interesting to observe over the ensuing weeks and months to counter the new rhetoric out of Washington. This is in addition to the Presidents of Azerbaijan and Turkey among the most recent Presidents having congratulated Mr. Rouhani on his re-election. This is also as the Iranian Foreign Minister published an Op-Ed in the New York Times noting that how beautiful Military gear can’t buy peace in the Middle East. Iran’s Supreme Guide (referred to as Supreme Leader in Western Media) , Ayatollah Khamenei, also was quite vocal in issuing one of his broadsides against Saudi Arabia as well.

It is going to be a fascinating few months no doubt.

Mike Pouraryan is an editor for the Daily Outsider and an Adjunct Professor at KU. He has over 18 years experience in operations, finance and administration for small to medium size businesses, start-ups and publicly held companies. He is currently serving as a Commissioner for the City of Laguna Niguel.