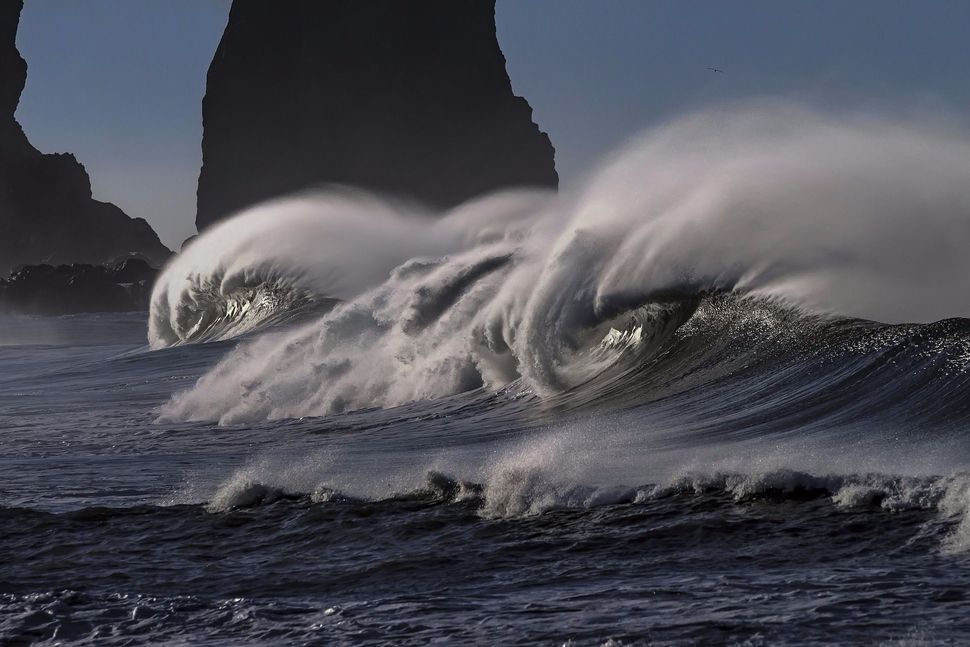 I’d like to share a meditation you can practice while gazing at the waves. But first…a story.

The story is about my children and the ocean. It is also a story about understanding the limits of our own understandings and learning new ways of looking at the world.

The first time I took my older children to a beach in Africa they were five and seven respectively. No offense to NY beaches but they don’t come close to the Wild Coast. We climbed beneath overhanging plants and emerged to salty air; around-sound waves that seemed to be crashing open inside our chests; and the purple Indian Ocean crested with foam.

After some minutes they stood up and walked to the waves.

“Why do they come in and out like that?” asked Chana.

I was struck that my kid had studied gravitational pulls, the rotation of the sun and moon in relation to the earth and their effect on the world’s seas. Only seven and a Yeshiva education at that!

Levi told Chana that when G-d began creating the world, it was covered with water.

“Then G-d pulled the waters away from the land and gathered them into the seas so that the earth began to show. But the waters wanted to go back to where they had been.

To try and view the world with fresh eyes each day.

So they rushed forward. And then G-d pulled them back again. That’s how we have waves. G-d pulls the water away from the beaches and they rush back to where they were at the beginning.”

Chana bent into the surf scooping the foamy edge, taking in her new knowledge.

The Mysterious Origin of Facts

The children’s understanding of the waves included no gravity, no sun nor moon.

Yet was my framing of how it all worked more accurate than my child’s? I thought not. Their initial wonderment opened me to the oceans and then their innocent understanding opened me to them again.

By “innocence” I don’t mean to imply that Levi’s explanation and Chana’s absorbing of it were “simple” – or simplistic. I’m also not saying nature is not describable by the laws of science. When I speak of their innocence, I’m referring to their ability to interface with realty first through the portal of faith. They showed me in a new way that spiritual truths make just as much “sense” as our scientific framing of the laws that govern the natural world.

In that moment I realized that every fact originates in the realm of mystery.

Since that day, waves remind me of all this. To try and view the world with fresh eyes each day. To certainly approach the world with rational inquiry but always to remember that innocence and mystery will take me to truths my mind cannot touch.