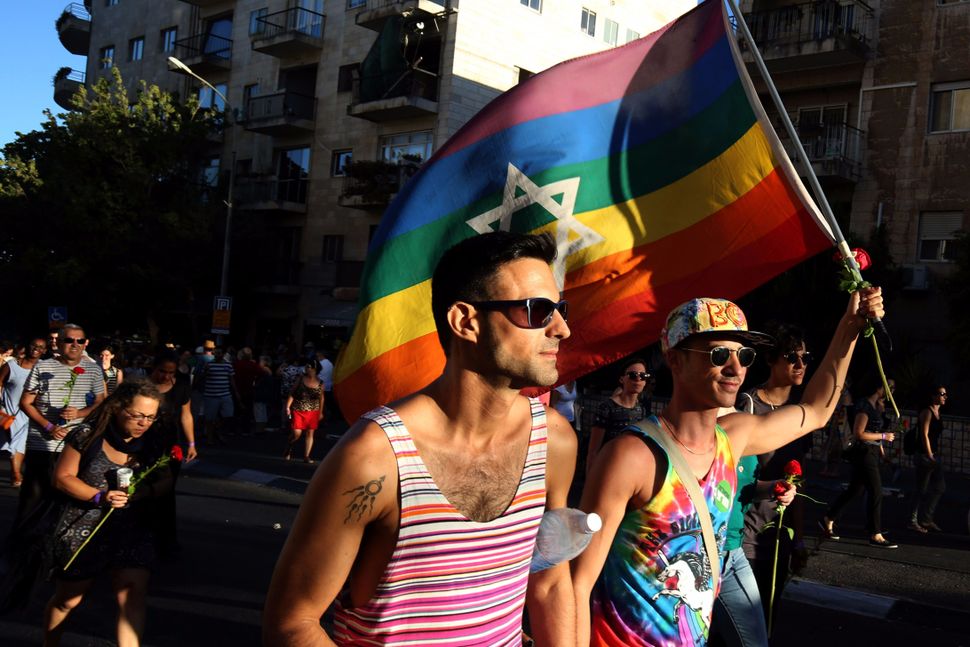 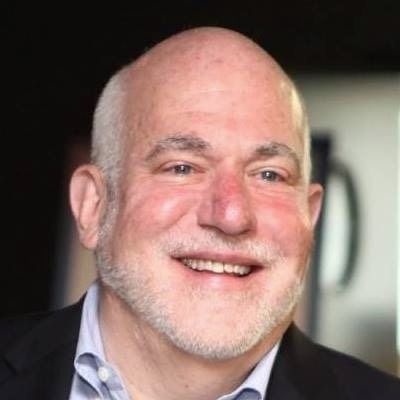 I want to speak about courage and honesty, two concepts missing from much of the discussion about the events at the Celebrate Israel parade in New York City. At the parade, a group of activists from Jewish Voice for Peace (JVP) chose to create disruption by specifically targeting the LGBTQ contingent in the parade, a contingent that included a large number of LGBTQ Orthodox youth newly claiming their place in Jewish life.

In a recent post in the Forward, Rabbi Alissa Wise of JVP said that the contingent was not targeted specifically for the Orthodox queer youth but because the contingent also included groups such as our organization, A Wider Bridge, which she writes is “notorious for engaging in pinkwashing: using LGBTQ Jewish Israelis to hide and even justify Israeli oppression of Palestinian people, including LGBTQ Palestinians.” Furthermore, Rabbi Wise has the chutzpah and hubris to wrap this action of JVP in the legacy of protests such as those at Stonewall, Selma, Soweto and Standing Rock. I’ll address this second point first: How demeaning and disrespectful to those courageous pioneers she cites. Let’s be clear: the members of the LGBTQ contingent in the Celebrate Israel parade were not armed, they were not the aggressors and the protestors were never in any real danger. The legacy of historic protests such as Stonewall and Selma is better exemplified by those LGBTQ people who march in the streets of Jerusalem every August to promote tolerance and pluralism in a march that has a history of being disrupted by homophobic slurs and acts of violence — and in 2015, murder. And let us not forget that when the leaders of Jerusalem Open House came to the Creating Change Conference in 2016, in the aftermath of this trauma, JVP was among the principal organizations leading a protest that kept these courageous leaders from speaking. Courage might look more like standing in solidarity with the gay people of Chechnya, who are being systematically killed and tortured while the world does nothing to stop it. The queer youth marching in the Celebrate Israel parade were the ones demonstrating courage, not the JVP protesters.

What seems to be clear is that JVP leaders harbor a special grievance against members of the LGBTQ community who don’t share their simplistic, ahistorical, biased, and one sided views about history and the Israeli Palestinian conflict. Which brings me to Rabbi Wise’s accusation of pinkwashing, an intellectually vapid concept that bears no relation to the actual work of A Wider Bridge.

I am writing this essay from the Rabin Center for Peace in Tel Aviv, where A Wider Bridge has brought 30 LGBTQ leaders from across the United States to Israel as part of our annual leadership mission. The participants include people who are Jewish, Christian, and Muslim; cis- and transgender; white, Latino, Asian American, and African American. Our work aims to bring LGBTQ leaders from Israel and the U.S. together to learn from each other’s experience and build partnerships and initiatives to advance LGBTQ rights. And we give our participants the opportunity to learn from diverse voices across Israeli (and Palestinian) society. We are not hiding or covering up anything.

In the past week, we met with countless leaders of Israel’s LGBTQ community, in Tel Aviv and Jerusalem, but also in places in the periphery of Israel such as Haifa and Afula. We met with groups working with LGBTQ youth, LGBTQ seniors, the transgender community, those living with HIV, and those working for more acceptance in Israel’s orthodox communities. At our dinner last night, our guests included a 21 year old gay Druze man whose family lives in a small village in the Golan Heights.

Just two days ago, our travels took us to the West Bank. We met with Samer Maklouf, the CEO of Zimam, an organization dedicated to fighting extremism in Palestinian society and promoting non-violent resistance to the occupation. We met with the CEO of the Palestinian Women’s Business Forum, who talked with us about their work in encouraging entrepreneurship among Palestinian women in the West Bank and Gaza, and the special challenges that the women face because of Israeli control over the movement of people and products across the borders. And we visited the Al-Ammari refugee camp in Ramallah, where we met with a group of teenagers at the camp’s youth center. One of our trip participants, Jackie Rednour-Bruckman, a queer gender non-conforming activist and business leader from the SF Bay Area, wrote this about her experience: “I was in Ramallah two days ago and met children and peace activists. I have spoken at length with leaders from both sides and communication is key. BDS has no result other than impoverishing the soul and wounding the heart further. We need hope and I saw first-hand for myself while walking the streets of Al-Ammari camp in Ramallah, in the children’s eyes that love and kindness will rule the day.” A particular focus of our trip has been the struggle for civil marriage here in Israel, We have met with the activists at the forefront of this struggle, and we are proud that our group includes Evan Wolfson and his husband. Evan leads Freedom to Marry, the organization that spearheaded the struggle for marriage equality here in the U.S. Tonight we are screening the documentary “The Freedom To Marry” at TLVFest, Tel Aviv’s international LGBTQ film festival.

Our work is about creating dialogue and understanding and promoting a vision of “Equality in Israel and Equality for Israel.” The divisive energy of the JVP protestors does not encourage dialogue or a sense of understanding of what is happening in Israel. If Rabbi Wise and JVP want to call us names rather than engaging with the substance of our work they are free to do so. Yet here as well, such tactics are neither courageous or honest .

Arthur Slepian is the Founder and Executive Director of A Wider Bridge (AWB), an organization that works to deepen the connections between the LGBTQ communities of Israel and North America.