Beyond Anti-Semitism: The Biggest Progressive Problem At The Chicago Dyke March 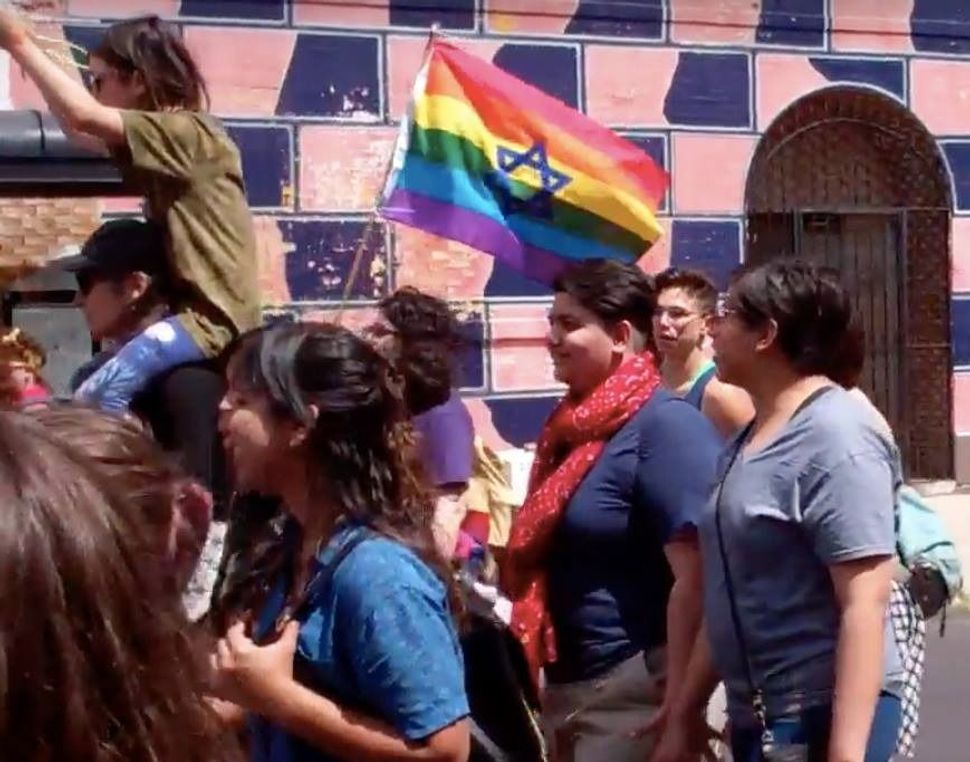 The Chicago Dyke March is supposed to be an especially inclusive gathering of progressives. Shockingly, Jews carrying rainbow flags with the Star of David were asked to leave. One Dyke March collective member told the Windy City Times the women were told to leave because the flags “made people feel unsafe,” that the march was “anti-Zionist” and “pro-Palestinian.”

The Chicago Dyke March Collective later issued the following statement on Facebook which, in part, reads:

“Yesterday, June 24, Chicago Dyke March was held in the La Villita neighborhood to express support for undocumented, refugee and immigrant communities under threat of deportation. Sadly, our celebration of dyke, queer and trans solidarity was partially overshadowed by our decision to ask three individuals carrying Israeli flags superimposed on rainbow flags to leave the rally. This decision was made after they repeatedly expressed support for Zionism during conversations with Chicago Dyke March Collective members …

From Palestine to Mexico, border walls have got to go!!”

What happened at the Dyke March is a powerful example of an increasing phenomenon in progressive spaces. First, Jewish symbols and being Jewish are being conflated with Zionism. Secondly, and equally disturbingly, Zionism is being defined in a very narrow, negative and oppositional way.

One of the women, Laurel Grauer, carried a flag with the Star of David. She had participated in the march for over a decade, carrying the same flag without incident. The flag came from her synagogue — an LGBT congregation.

In the United States, with our diverse ethnic makeup, Jews can blend easily into a crowd. In a time when intersectional politics and showing up for vulnerable communities are extremely important aspects of our political life, symbols like the flag in question are used by Jews to make it clear that we are proudly present.

But I don’t want to dwell on the flag itself any longer. The Dyke March Collective have done what the far-left often does. They have distracted American Jews from addressing the occupation itself, forcing us instead to confront what to many of us looks like anti-Semitism and to defend our right as Jews to be visible in the progressive movement.

As we get further from the establishment of the state of Israel, those who identify as Zionists have become so diverse that about all that can be said about us collectively is that Zionists believe Israel has the right to exist as a national homeland for the Jewish people and that Jews have the right to self-determination.

Some Zionists will believe, as I do, that the occupation, the settlement enterprise and the unresolved conflict are existential threats to Israel, and that they create the basis for the unacceptable ongoing violation of the human rights of Palestinians. Other Zionists support occupation and settlement expansion. Unfortunately the statement of the Chicago Dyke March collective fails to acknowledge any diversity among Zionists.

Grauer, the flag-bearer, expressly stated her support for a Palestinian state — and received the following response: “You cannot be Zionist and believe in a Palestinian state, Zionism is inherently racism.” Such a twisted – but not uncommon – understanding of Zionism may explain the actions of the collective but does not excuse them or the statements such as the one below: “We want to make clear that anti-Zionist Jewish volunteers and supporters are welcome at Dyke March…”

In making explicitly clear that only anti-Zionist Jews, a tiny fraction of the Jewish community, are welcome at the march, the collective has explicitly made the majority of Jews unwelcome. By failing to acknowledge that many Zionist Jews support and are leaders in the struggle to end the occupation and create a Palestinian state, the collective has made progressive Zionists invisible.

I am an out and proud queer, progressive and Zionist Jew. As such it is my responsibility to criticize and oppose Israeli government policies and actions that run contrary to my values and work for the establishment of a Palestinian state. My values and my work, including on Israel, are consistent with the core beliefs of the progressive movement. I will claim my space acknowledging the privileges and power I have and understanding that anti-Semitism remains a threat to myself, to Jews around the world and to Israel.

I will not allow the Jewishness and Zionism that inform my progressive values and my commitment to both the Jewish and Palestinian peoples to be made invisible so that others can feel comfortable in avoiding the very real challenges and competing interests posed by the conflict.

Beyond Anti-Semitism: The Biggest Progressive Problem At The Chicago Dyke March