A Heartrending Case For Skipping Synagogue 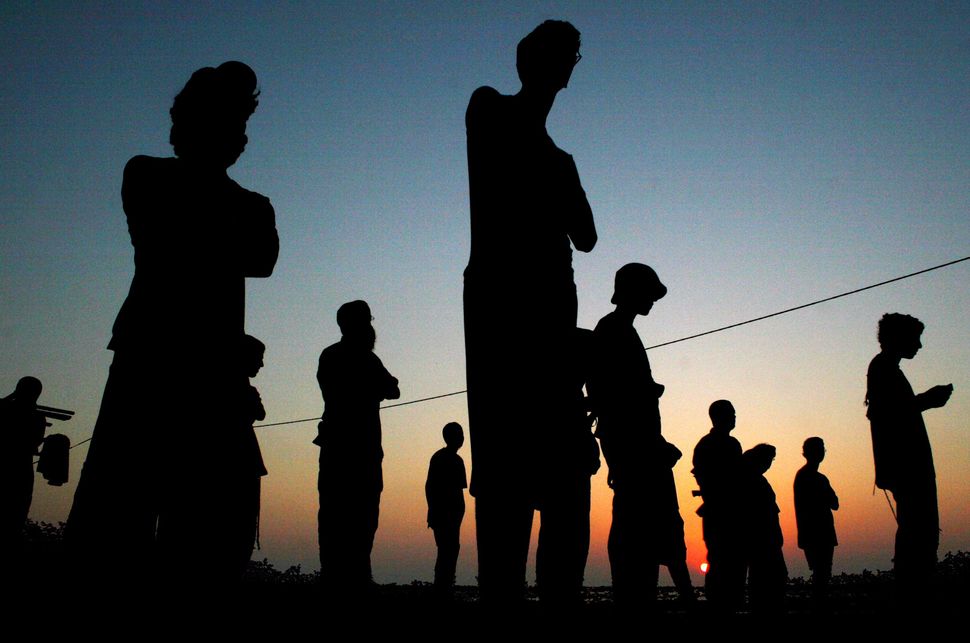 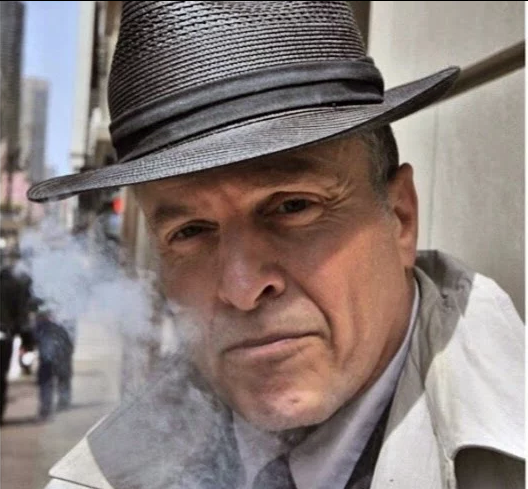 The kapos at Mauthausen beat Reb Isser ben Avrum so savagely he could no longer stand straight. Sustaining other permanent injuries to his nose and left eye, he was, incredibly enough, one of the more fortunate ones.

He arrived in America in the early 1950s and began life anew, remarrying and raising a second family. His first had perished amidst the unfathomable number of holy martyrs.

We met one afternoon when, quite by serendipity, I wandered into the minyan of which he was the gabbai (synagogue sexton). He was 78 years-old at the time. We hit it off right from the start.

I invited Reb Isser home one afternoon to meet my family with as much excitement as if he were a new chum I had met in the school yard. While we sipped tea in the kitchen, I showed him a photo of my maternal grandfather to whom he bore an uncanny resemblance. Like Grandpa Harry, Mr. Parker also had the quaint custom of sweetening his tea by placing one or two sugar cubes between his lower lip and gum. But, as I soon realized, it was more than merely a quaint custom but a sweet taste of an old and lost world.

I do not know why Reb Isser befriended me, Perhaps, I reminded him of someone he had lost in the war. A tough but gentle soul, Reb Isser shouldered the rock of moral authority.

After a long personal sojourn, I had come to the proverbial fork in the road. One Shabbos afternoon just before Mincha, while we prepared the food for shalesh seudes, the third Shabbos meal, we spoke …

-My wife is very unhappy with me.

I looked at him. He at me. I hesitated.

“Go on,” he said encouragingly.

“My wife says I spend too much time in shul. By the time I get home on Saturday night with summer just around the corner, it’s already too late.”
“For what?” he asked.

“She wants to go out Saturday evening, you know, a movie, maybe a bite to eat.”

Fairly certain he would see things my way, I awaited his decision, but he reached into his shirt pocket instead.

“I carry this picture with me always, but I’ve shown it to no one in fifty years since I came to America,” he began, his eyes as focused on me as I had ever seen them.

I was afraid I knew where he was going with this, somewhere I didn’t want to be, but as a boy, I had been taught to rise before the hoary head. I kept my mouth shut.

“This was Rivke, aleah ha shalom (may her soul rise up in peace),” he exhaled the toxicity of his bitter memory.

Pointing to a pretty woman with slight, delicate features whose hair was put up in a bun, she wore a long flowery dress, very appropriate, I thought, for what appeared to be a family picnic.

“And these are mayne kinderlekh (my children).”

Summoning a mixture of unfathomable tragedy and courage that must have enabled him to survive the concentration camp Mauthausen, his body shuddered. His right hand trembled.

And then he handed me a tissue!

“Forgive me, Mr. Busch, but you need to hear this. You see this boychik? This is Yossele.”

He pointed to the older of his two children.

“He was only six when I snapped this photograph.”

Now, some sixty years later, the photo, like its photographer, had grown old. The original sharp distinction between black and white had dulled to a sad, dreary grey.

“I used to curl his peyes around this finger,” he recalled, holding up his right forefinger, the same one he had used to first identify his son.

“And this, this …” He began to sob. “This is … is Chavaleh. Her mother spent hours on those ringlets. Do you see this spot?”

He pointed to her white dress. I nodded.

“It’s a grass stain. She fell while running in the park.”

I couldn’t look any more. I turned aside and began nervously apportioning herring among several paper plates. He turned me back to face him.

“Mr. Busch, my wife felt I was working too much. She told me many times how our shalom bayis (peace in the home) was much more valuable in the long run than the few extra zlotys I was bringing home. I was a druggist, you know. In those days, you had to make up the prescriptions by hand. It took a lot of time so I stayed after, but did I listen to her? No, I was young, a pisher like you.”

He smiled ever so faintly, handing me another tissue.

From the stairwell, a voice beckoned. “Reb Isser? … Ashrei.”

I followed him up the steps, but this time would be my last.

Alan D. Busch is an independent writer and author in Skokie, IL. He is thankful for his wife Heather and is the father of six children.

A Heartrending Case For Skipping Synagogue