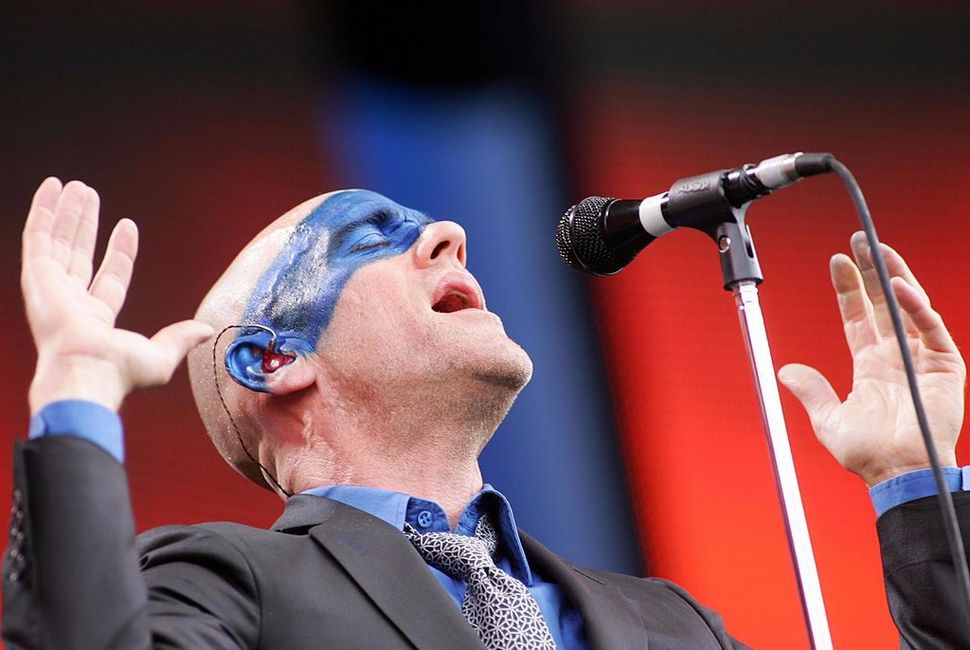 Radiohead has provoked a lot of criticism over their upcoming July 19th concert in Tel Aviv from those who advocate boycotting, divesting from and sanctioning Israel (BDS). In particular, lead singer Thom Yorke and BDS proponent Roger Waters have been engaged in a heated back-and-forth surrounding the event. Waters has repeatedly called on the band to cancel the gig. Yorke responded by defending the band’s knowledge of Israel-Palestine and criticized Waters for talking down to them and throwing “shit at us in public,” to which Waters retorted that Yorke had been “whining” instead of engaging in conversation.

Nigel Godrich, Radiohead’s long time producer, who also worked on Water’s recent album Is This The World We Really Want?, told Rolling Stone that he too is against cultural boycotts of Israel or any country: “I don’t think they’re positive, ever. And actually, I think that it’s true to say that the people you’d be denying [the music] are the people who would agree with you and don’t necessarily agree with their government. So it’s not a good idea.” Godrich is also on record that he is not mediating between Yorke and Waters: “Fucking hell, I wouldn’t like to be in the middle of those two. No.”

Although the pro-BDS side of the conversation has been more vocal in public, Godrich and Yorke join a side of the debate long defended by John Lydon (aka Johnny Rotten), who proudly plays in Israel, and more recently joined by R.E.M’s Michael Stipe. Stipe posted a message on Instagram Sunday evening stating that he stands with Radiohead in their decision to perform: “Let’s hope a dialogue continues, helping to bring the occupation to an end and lead to a peaceful solution,” he wrote.

I stand with Radiohead and their decision to perform. Let’s hope a dialogue continues, helping to bring the occupation to an end and lead to a peaceful solution. Sincerely, Michael Stipe

Radiohead has personal ties to Israel. Guitarist Jonny Greenwood is married to Israeli artist Sharona Katan, and last year he appeared on Junun, a collaborative album with Israeli composer/singer Shye Ben Tzur. Junun is a collaborative album featuring 16 musicians (known as the “Rajasthan Express”) from across genres doing music composed by Ben Tzur, an Israeli who moved to India in the 90s to study its music. Recorded at Mehrangarh Fort in Rajasthan, India, the musicians sat in a circle and performed live together. The album’s music is pervaded by Jewish and Sufi spiritual themes, featuring tracks like “Hu”,“Modeh” and “Allah Elohim.” Yorke has been protective of Greenwood, noting how offensive the whole controversy is to him.

More recently, when director Ken Loach stated that “Radiohead need to decide if they stand with the oppressed or the oppressor,” Yorke responded that “playing in a country isn’t the same as endorsing its government.” He noted that Radiohead aren’t fans of Trump’s politics, but that doesn’t stop them from performing in the US. “Music, art and academia is about crossing borders not building them,” Yorke added, “about open minds not closed ones, about shared humanity, dialogue and freedom of expression.”

Radiohead will be joined by the Jewish-Arabic band Dudu Tassa & The Kuwaitis, a fact some have used to defend them. Waters was not having it, however, stating that when Yorke gets home he can write him a long letter detailing how he helped the situation by going there and “talking to some musicians.”

This Rock Giant Throw-down finally comes out to what strategy is best when confronting a government who you believe is guilty of human rights violations. Both Yorke and Waters are advocates for Palestinian rights and the end of the occupation, and both are critical of ethnic nationalism and militarism.

It is very difficult to defend the BDSers tactics either on the grounds of justice or effectiveness. From the point of view of justice, how is promoting economic and cultural violence against the citizens of the country, regardless of their views or actions, just? Is it not collective punishment? From the point of view of effectiveness, decades of the type of rhetoric and pressure BDS specializes in have so far been accompanied by a steady worsening of the political trajectory in Israel. If BDS is thus neither just nor effective, maybe it’s Roger Waters and crew who should be defending themselves.