5 Myths About Israel Boycotts That Every Theater Lover Should Consider 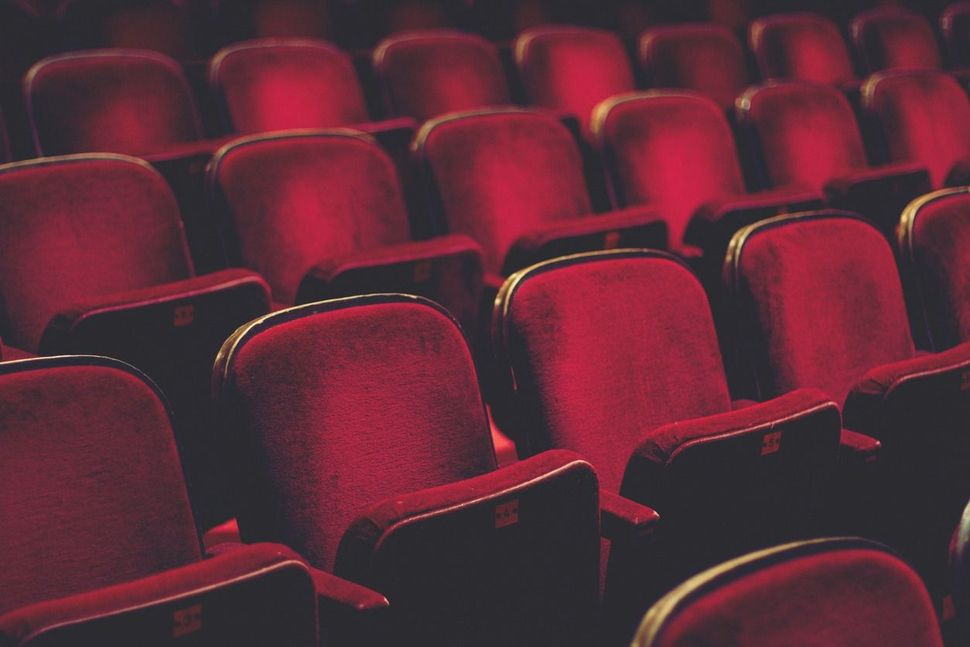 Ever since a group of surprisingly high-profile theater artists called on Lincoln Center to cancel its upcoming production of an Israeli state-sponsored play, New York City’s theater community has been reeling with discomfort. While many theater professionals sympathize with the Palestinian cause, few, in their heart of hearts, want to cancel a play, especially in today’s hostile cultural environment, where the president plans to eliminate the NEA and Trump supporters are interrupting Julius Caesar.

In the anti-cultural era of Trump, all of those who work in culture want more discourse — not less. So why do so many of us on the cultural left support the Boycott, Divestment and Sanctions (BDS) movement against the state of Israel?

As a Jewish playwright who believes strongly that BDS is the only path toward a just peace in Israel/Palestine, it’s important to me that my fellow theater artists understand what the boycott is all about, and what it’s not all about. There are so many myths about this movement, the mainstream coverage is almost entirely negative, and now 42 Senators — Republican and Democrat alike — have co-sponsored a bill that would make supporting BDS illegal.

A cursory glance would make us seem very scary, and give you no sense of how bad the situation is for the Palestinian people, how necessary BDS is for their freedom, or how carefully the boycott was crafted to uphold principles of free expression.

Myth 1: We Are Boycotting All Israeli Plays

Something our critics never mention is that there’s another Israeli play in Lincoln Center’s upcoming festival that we are not boycotting. That’s because we are not boycotting “Israeli plays” in general, but rather plays that are either funded by the Israeli state or produced by institutions that actively support the occupation.

For example, the theater companies we are boycotting — Ha’bima and Cameri — both accept state funding and regularly perform in illegal settlements in the occupied Palestinian territories, which Israel continues to maintain and construct in violation of international law.

So it’s not the nationality of the artists that we care about — it’s their complicity in an oppressive political structure.

And yet, pro-Israel voices like Jonathan Greenblatt of the Anti-Defamation League attack the boycott, saying:

“When you reject a piece of art based solely on its national origin and when you try to prevent others from enjoying it and drawing their own conclusions, that isn’t a political statement. It’s prejudice, plain and simple.”

Of course we’re not boycotting a play “based solely on its national origin” at all. But, as is typical, our critics don’t take the time to listen to our perspective, or even read the boycott guidelines. It’s easier for them to spread lies and, ironically, “defame” their opponents.

In truth, just as the call for BDS avoids boycotting based on nationality, it also explicitly avoids any censorship based on the content of art. We are focused only on the artist’s relationship to the state.

One main reason why we focus so much on state travel funding is that, to accept this funding, artists must officially agree to become instruments of propaganda. The contract states:

“[The artist] is aware that the purpose of ordering services from him is to promote the policy interests of the State of Israel via culture and art, including contributing to creating a positive image for Israel.”

In fact, the explicit purpose of this funding is to use culture to distract the world from the brutalities of occupation. And that’s not a conspiracy theory — Israel admits this. They created the “Brand Israel” office in 2005 for that purpose. One official has even said, “We are seeing culture as a hasbara [Hebrew for “propaganda”] tool of the first rank, and I do not differentiate between hasbara and culture.”

In this context, it’s not that BDS is “censoring” work — it’s that BDS is resisting a propaganda campaign that was intentionally crafted to influence international politics.

Anti-boycott activists often claim that this approach makes no sense when so much touring Israeli art is critical of the Israeli government. But I’d say that such “critical” art is not just a minor part of the Brand Israel propaganda campaign — it’s actually central to it. Israel actively desires for U.S. citizens to imagine Israel as a place where ideas are freely expressed — not, in fact, a place where advocating BDS is a crime, and where Palestinian culture is actively suppressed.

Myth 3: The Cultural Boycott Violates The Free Exchange Of Ideas, Which Is Necessary To Make Change

Truthfully, the call for BDS does not stop Israeli artists from traveling to the United States – it only asks them to reject state funding, as a matter of principle. If anyone is truly preventing the free exchange of ideas, it’s the state of Israel, which seeks to systematically destroy Palestinian culture based on the identity of artists and the content of work.

There are the obvious instances, like the defunding and harassment of Palestinian theaters within Israel. But then there are more circumstantial injustices, like the various ways Israel restricts Palestinians from traveling, impedes their education and erases Palestinian cultural history from the land.

So when Israel sends Israeli dancers, actors and directors around the world, branding itself as a place of diverse artistic voices, they’re covering up the reality that Israel is a place of cultural erasure, where Palestinians have to fight, not just for political autonomy and economic justice, but for their language, their history and their cultural voice.

The call for BDS aims in the long run to liberate those voices, so that we can have more culture, not less.

Myth 4: The Boycott Is Anti-Semitic Because It Singles Out Israel

Many BDS critics say, “Israel may do awful things, but other countries are even worse! Why not boycott them?” From this logic, it does indeed seem anti-Semitic that, of all the countries in the world, we’re focusing on the only Jewish state.

The reality is that, unlike those other countries, Israel is a place where an oppressed population has specifically asked the international community for a boycott as a form of solidarity. When oppressed people ask for specific forms of help, we have the responsibility to take their requests seriously.

Aside from the specific context of the Palestinian call for boycott, there are a number of reasons why someone in the United States would focus their political energies on Israel/Palestine. Among them:

Myth 5: BDS Is Not The Most Effective Way To Protest Israel’s Crimes

A common argument that liberal Zionists make against BDS is that they, too, oppose Israel’s occupation of the West Bank and Gaza, but that the boycott is not an effective protest against this injustice. “It makes people too uncomfortable,” they say, “and it has too wide a target.” They think BDS activists look like bullies when our campaigns impact even “good” Israelis who are not actively involved in oppressing Palestinians.

To respond to this accusation, I have to take a huge step back. When I was a child, I was told, over and over again, by the liberal Zionists around me, that if Palestinians would only practice non-violence, they would have a viable state. So now here we are, over a decade into the largest non-violent movement for Palestinian human rights since 750,000 Palestinians were expelled from their homes in 1948, and what do we hear? We hear that BDS, too, is the wrong tactic. We hear that we need something even gentler.

To this, I would say simply: There is no time, and the situation is too dire: Israel has no political will to dismantle the occupation; the U.S. continues to send billions of dollars to support the ongoing siege of Gaza; even left-wing U.S. politicians regularly cow-tow to the Israel lobby; and even liberal Zionists like Bernie Sanders are called “anti-Semitic” for the most tepid affirmations of Palestinian humanity.

We can no longer wait for our politicians to push Israel to respect Palestinian human rights. We can no longer say, “No THIS isn’t the right way to fight” whenever Palestinians make any attempt for justice. At some point, we must take a bold stand for human dignity, even if it makes us uncomfortable, and even if it’s not how we would “normally” do things. Because as long as the oppression of the Palestinian people fits into our sense of the “normal” world, we will be allowing it to continue.

Dan Fishback is a playwright from New York City and a member of the Jewish Voice for Peace Artists Council. His musical “The Material World” was called one of the Top Ten Plays of 2012 by Time Out New York.

5 Myths About Israel Boycotts That Every Theater Lover Should Consider