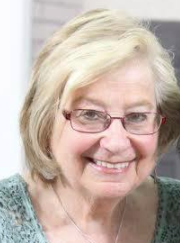 I have never had to justify the good works of the Jewish National Fund (JNF), but as a result of an article printed in these pages called ”Quietly Going Its Own Way, JNF Cuts Off Its Israeli Parent,” I feel compelled to do so.

I am a part of a large national family of lay leadership members that live, breathe and work tirelessly for the people of Israel. Our professional staff joins us in the urgency to see the projects to completion. Our partners in Israel, who oversee and supervise the community development and building, are part of a most dedicated and loyal team.

Here is just a sampling of the work we have done:

• JNF has turned barren deserts into thousands of acres of fertile farmland that not only feeds the Israeli population but exports their produce as well.

• When fires spread across northern Israel last November 2016, more than 12,600 JNF donors answered the call in an emergency campaign to reinforce the Fire and Rescue Services.

• The Sderot Indoor Playground has brought thousands of children and their families much needed opportunities to resume some sense of recreational activity when rockets from Gaza reign down on their homes and they are forced to remain indoors.

• The One Billion Dollar Roadmap for the next decade is alive and well and blazing new roads by enhancing the quality of lives and securing Israel’s future.

•I was in Halutza in 2014, and there were very few families living there. Now there is a whole community with a JNF’s Helmsley Charitable Trust Medical Center that has already served 2500 people.

Beer Sheva has an amazing Amphitheatre that provides cultural events for the entire community. Children are given the opportunity to attend opera, classical and rock concerts.

• Special in Uniform, a partner of JNF, ensures that no member of Israeli society is left behind as they integrate people with disabilities into the Israeli Army.

• Lotem, another JNF partner, provides accessible trails for the handicapped on its ecological farm that includes the Garden of Learning, Olive Tree Garden and opportunities for all to connect with nature.

• We are most proud of sponsoring research initiatives in technological and environmental innovation.

• The Arava International Center for Agricultural Training (AICAT) welcomed 100 students from Kenya and over 1000 students started a diploma program from Ethiopia, Vietnam, Myanmar, Laos, Cambodia, Thailand, Indonesia, East Timor, and Nepal adding to its over 15,000 alumni.

• Opening the Western Galilee JNF Tourist Information Center in Akko this year was an economic boost for those who live in Northern Israel.

• The Alexander Muss High School in Israel (AMHSI-JNF) welcomed 947 students in 2016 giving them the opportunity to grow support for Israel within this next generation.

As you can see, we are not just the Blue Boxes or the Trees we started with 115 years ago.

We are proud, we are joyous, we are JNF and we know how important we ALL are in playing a vital role in turning Israel into a thriving, modern society for the Jewish people.