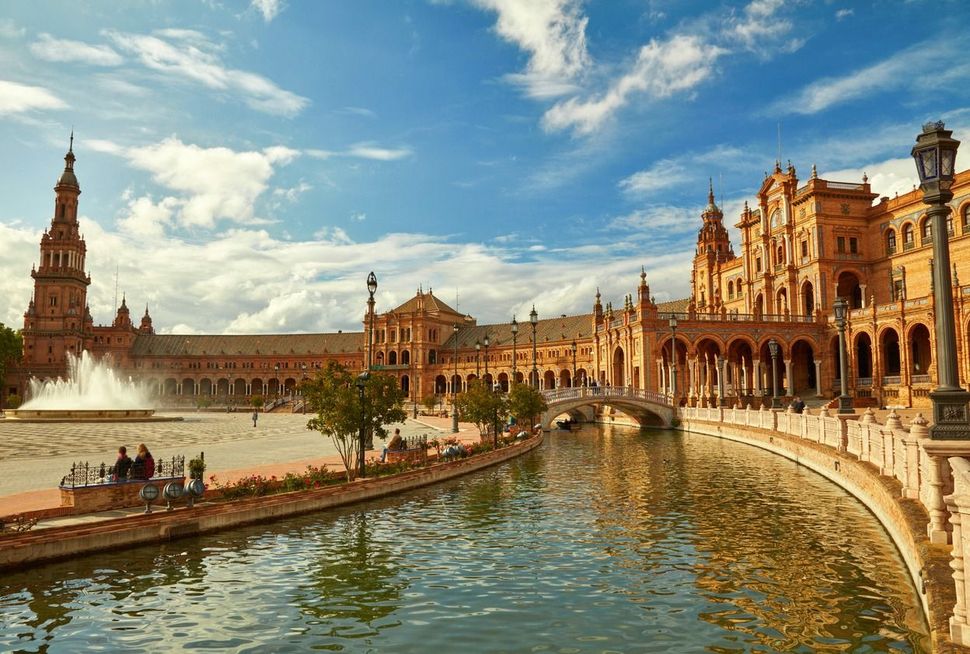 By A Research Network of Scholars of Iberian and Jewish Studies August 28, 2017

We, Hispanists and Jewish Studies scholars, are writing in response to Daniella Levy’s “Dear Spain: Want to Attract Jews? You’re Doing It Wrong” published in Scribe on July 24, 2017. We understand that the views and opinions expressed in this article are the author’s own and do not necessarily reflect those of The Forward. Nevertheless, we would like to point out that the article contains a number of factual errors (we will only mention a few). It is also a very problematic misrepresentation of Spain’s Jewish past and its present, and of the state of Jewish Studies about and in Spain today.

Levy describes the scholar Felipe Torroba Bernaldo de Quirós as a “well-respected academic authority on Jewish studies in Spain.” Yet his book The Spanish Jews (Los judíos españoles), dates from 1956 and while its content is problematic, taking the book out of its historic context is, in our opinion, just as troubling. The state of scholarship has evolved dramatically in 60 years, which the author of the article does not take into consideration. Before making any claims about a “well-respected academic authority” it would have been worthwhile for her to look at the large number of works that have been published in Spanish and English in the last few decades, and which offer a historical and nuanced understanding of Jewish Spain’s past and present. We would be happy to provide Levy and the readers of The Forward with a bibliography of said scholarship.

Levy takes issue with the title of a course taught at Els Juliols, the summer school of the University of Barcelona. The summer school courses, offered every July to the general public, are not designed for students of history or Jewish Studies. This particular course deals with groups persecuted in Iberia in the Middle Ages. A quick look at the actual syllabus shows that, indeed, the content of this course is all about questioning problematic and biased representations of Medieval Catalonia, providing students coming from all walks of life with the knowledge and skills to challenge a vision of Jews, to use Levy’s own words, as “a romanticized, exotic people from the past with no real existence in the present.”

A critical examination of Jewish Iberian history by Spaniards is not surprising or unique. In fact, beginning in the late 18th century Spanish scholars were among the first in the modern era to begin seriously researching the Jewish past of Spain and their studies proved foundational to this field of scholarship. The current state of Jewish Studies in and on Spain is alive and well and much of it engages Spanish history and the present rigorously and productively. Furthermore, as reported in The Forward on August 1, 2017, Spain’s Royal Academy of Language is establishing an academy in Israel dedicated to the study and preservation of Ladino. Notably as well, public cultural and educational projects such as the future Sephardic Cultural Center in Málaga to which Levy refers, as well as the 2015 Law of Nationality for Sephardic Jews, are profoundly collaborative initiatives between the Spanish government, Jewish communities in Spain, and regional and local institutions (See “Museum Dedicated to Spain’s Sephardic Jews to Open in Málaga,” El País, 7 July 2017).

Regarding the question of Spanish citizenship for Sephardic Jews, the 2015 law needs to be understood in relation to its historical precedents. Jews had already begun to resettle in Spain in the 19th century, and in response to a Royal Decree passed in 1924.

As of February 2017, Spain has granted citizenship under the new law to 4522 individuals who were previously in process and 387 new applicants. In addition, several thousands more are at various stages of application (See “Older Sephardic Jews to be exempt From Spanish citizenship tests, El País, 27 February, 2017). These numbers demonstrate significant interest based on a variety factors, from cultural affinity to economic opportunity to avoidance of political unrest elsewhere. While Levy describes the numbers as “underwhelming,” arguing that antisemitism in Spain is the cause, in fact the obstacles for many have been some of the requirements of the new law.

Finally, the fact that Levy chooses to address the letter to an anthropomorphized Spain is, for us, beyond a matter of personal style. Spain’s population is diverse and to assume, even if this is just a trope, that all Spanish nationals (or everybody living in Spain) share the same opinion about Jews and about Israel and Palestine is rather shortsighted. Nobody would deny that anti-Semitism in Spain exists and that it is a serious problem. Indeed many of us, and our colleagues in universities based in Europe, Latin America, the United States, and Israel have published books and articles about old and new forms of anti-Semitism in Spain.

However, the author of the blog seems to conflate anti-Semitism with feelings about Israel- Palestine in the same way that she accuses Spaniards of being guilty of this.

Levy repeatedly uses the expression “a baseline of ignorance” in her piece, but we are concerned that the same ignorance that so troubles her actually informs her own writing. Just a little bit of research would have made a big difference here. Instead, this article is at best a missed opportunity to express questions and concerns about Jewish absence and presence in Spain with the readers of The Forward.