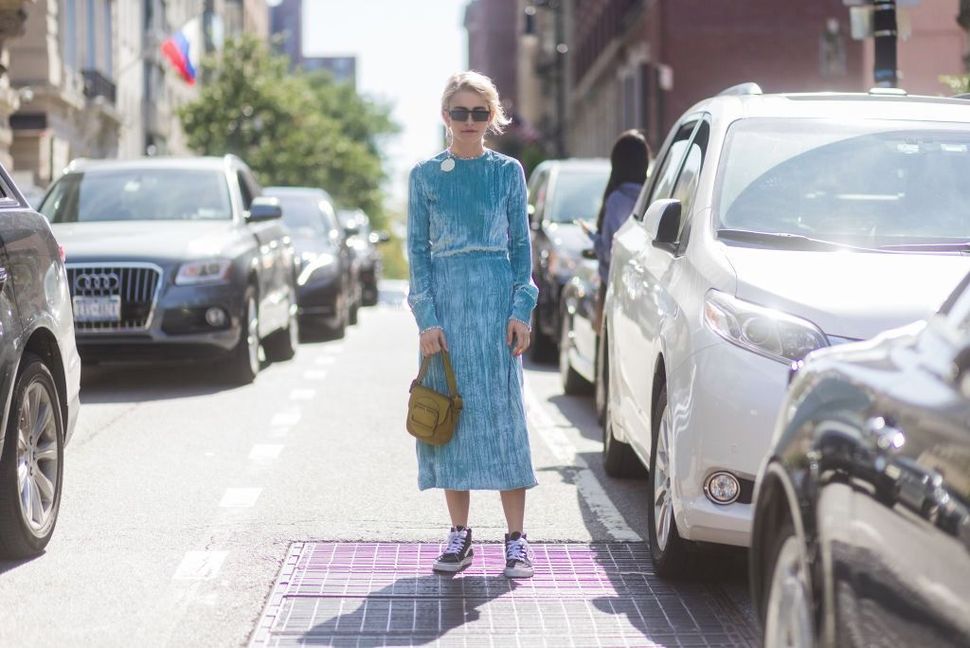 Whether a designer debuting or a veteran of runway shows, one thing is clear: modest dressing is an important trend during this week’s New York Fashion Week. As we prepare for our Jewish New Year with food, fun and fashion, this year’s looks allow one to imagine dressing for Rosh Hashanah in looks directly off the runways.

From Day One of NYFW, it was apparent that long sleeves, maxi lengths and overflowing loose dresses were going to be seen in show after show. What made each runway unique were the textures, patterns, fabrics and the creative ways each design house featured the dress on a runway.

Designer Ionica featured several looks for both day and night with simplest blouses in whites and bold colors. She also featured wide-brimmed hats as the signature accessory. They will perfect for Passover, Shavuot and many summer occasions.

Jessie Zhao seemed to pay homage to the classic Hermes silk scarf patterns. She featured both over the knee and ankle length dresses with prints in soft pastel colors intricate patterns. Many in the audience admired what seems to be comfort and style, as many models walked the runway wearing flat sandals and few accessories.

Many shows featured both men and women in coordinating outfits. Most of what I saw on the men were sport jackets and suits.

Designer Henry Picado debuted new pieces in three collections, Este & Chlo, Henry Picado Haute Couture and Henry Picado Men’s as part of a journey fashion festival. Picado, a name synonymous with fashion brands who previously catered to both the traditional working woman and conservative yet stylish party goer, said, “The desire to look classic, sophisticated and trendy is not just for a limited audience. It was easy to create looks for both men and women because requests from clients internationally are greater than ever before.”

Here are some of the standout trends that were shown in variations from show to show:

Either alone or as a background, tones of white were everywhere, including shoes, hats and bags.

For both men and women, were seen in show after show.

With many patterns and in almost every color were on display everywhere.

The designers used their talents on how they layered, used ruffles, beads and pieces of silks and leathers to make their blouses, skirts, dresses and pants standout.

Modest dressers should take note that the clothed were the stars. Makeup on faces was muted in natural tones, and hairstyles seemed simplistic, with natural waves and curls. There were few jewels, few handbags, and even almost no big belts and overflowing scarves. 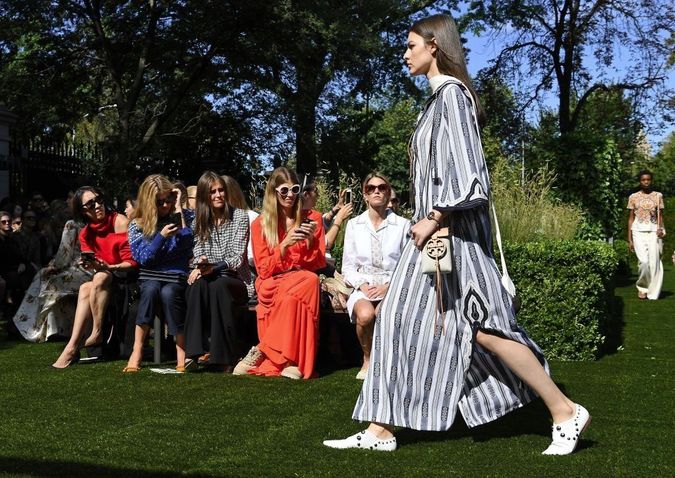 Designers presented shows in restaurants, lounges, museums, hotels and in some of the most creative ways. Tory Burch showed in the gardens surrounding the Cooper Hewitt Museum and Malan Breton opened at the Intrepid Sea, Air and Space Museum.

Over 100 designers will showcase their creativity in close to two weeks of shows. Modest dressers have much to choose from as almost every collection featured classic, back to basic, wearable pieces of art. The problem won’t be where to find pieces for their wardrobe, but rather, that there are too many great dresses, skirts and blouses to select from.