Swiping Left On The Almighty: How To Get Yuppie Jews Into Shul Again 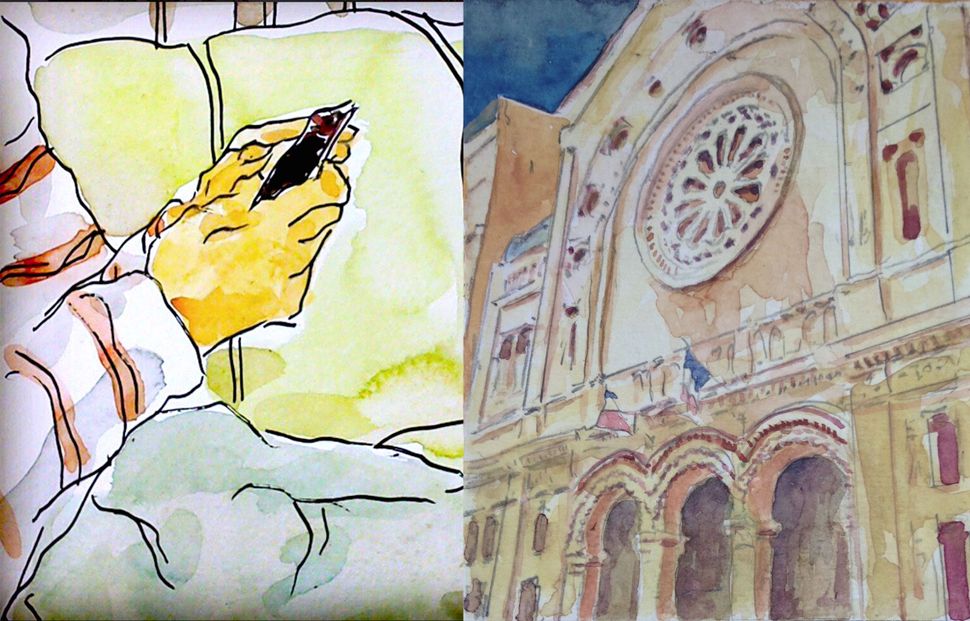 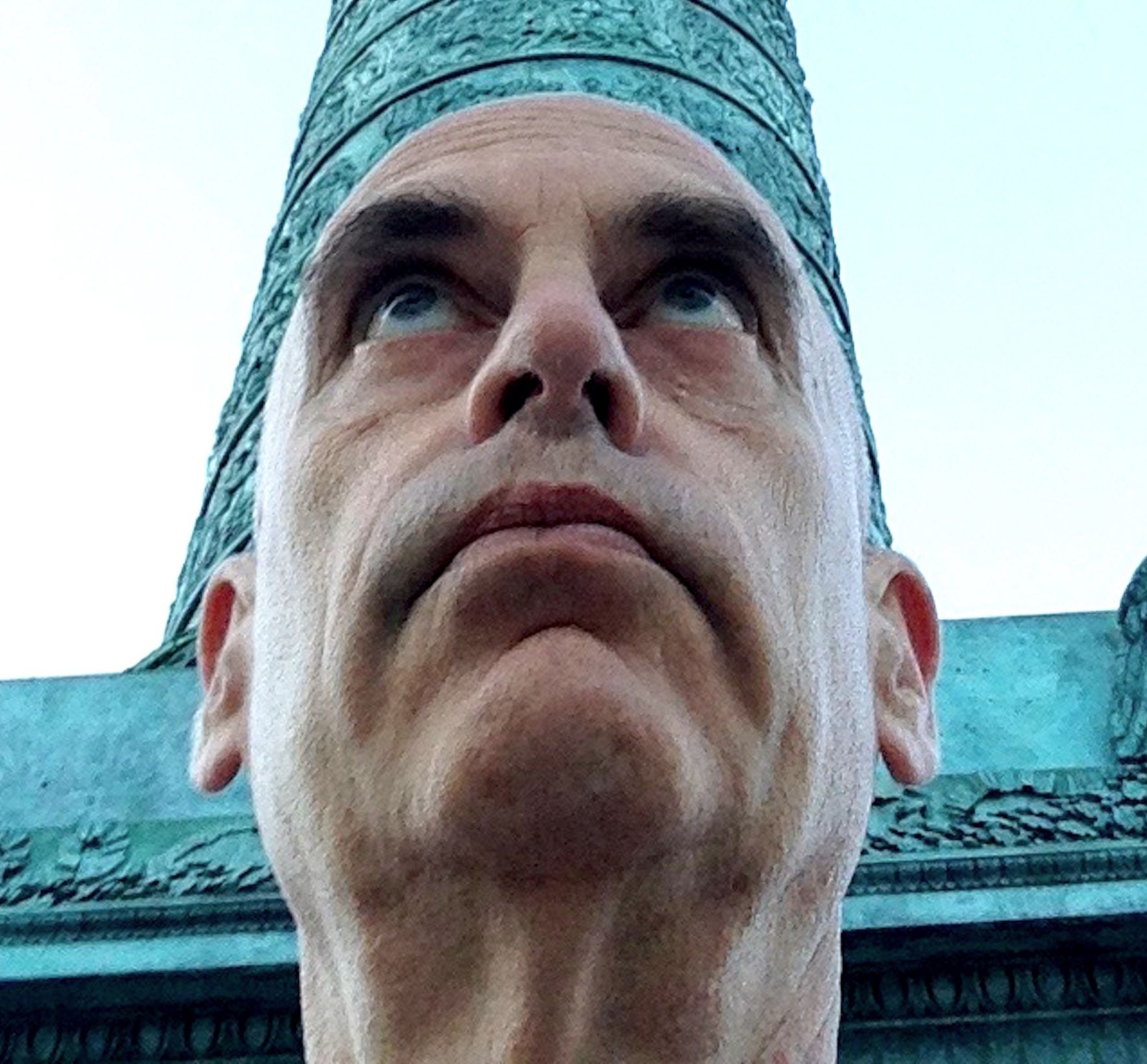 Editor’s Note: The following piece is satirical. The people and communities mentioned are fictional, though the broader themes and probability analysis are rock-solid.

I met Rabbi Zoe Ichinomiya-Brodsky on a muggy Labor Day weekend in Austin. She was struggling with the same two dilemmas she struggles with each year at this time: What to serve at the annual Sha’arei Keshet’s Member’s Outreach Barbecue (kosher or “kosher style”) and what type of sermon to deliver on Kol Nidre night.

“I’ll be honest,” she tells me between thoughtful sips of organic raspberry chia Komboucha, “I’m not making my numbers.”

Filling the pews on the High Holidays used to be a slam dunk. Every assimilated Jew with a living parent could be relied upon to crawl out of their secular sinkhole and show up to synagogue — at least for a couple of hours. Now, it’s like prying barnacles off the hull of a sinking booze cruise.

Recent surveys find that among millennials, synagogue attendance during the High Holidays was about as popular as elective reconstructive surgery (coming in slightly behind cosplay and a little bit ahead of a Billy Joel concert). Rabbis are feeling the pinch and Rabbi Zoe is no exception.

More and more American pulpitarians are complaining about retention problems. Membership dues are prohibitive and fewer and fewer young people possess even the most basic level of Jewish literacy.

This time of year, many Jews who consider themselves laïc, godless, pagan or dubious, (what some refer to as the L.G.P.D. community), begin to see their sense of alienation boil over into guilt. They struggle to find a fitting congregation where their particular quirks and affinities are met with what Saul Bellow called “potato love.” They are trying to find meaning, a sense of shared history, a shred of hope and even a glimmer of divine light during the Days of Awe. Unfortunately, their efforts often fail and slowly these unaffiliated fringe-Jews peel away from the Mosaïc mothership leaving too many unclaimed prayer shawls at our Hebrew Fall Classic.

But there may be reason for hope.

Congregations around the country are finding new, creative ways to attract the swelling ranks of lost souls.

Rabbi Zoe certainly has a taste for the disruptive. She recently introduced Pilpul PowerPoint where a multimedia slideshow combines edifying quotes from the Talmud with clever yet ennobling animated videos from YouTube and Vine. Once she invited two local Rastafarian street preachers to lead a spirited Avinu Malkeinu drum circle. Last Rosh Hashanah she introduced a more democratic approach to the season’s most salient custom and designed a Shofar blowing Karaoke system where everyone got a chance to handle the ram’s horn. She even set up a small, discreet Yom Kippur o-musubi buffet for those peckish congregants fearing hypoglycemia.

Other Temples have tried similar tactics.

Mishkon Ha-Galgalim, a Reconstructionist shtiebel in Ann Arbor that caters to a very progressive clique of Zionist-neutral professors and students, celebrates the New Year with what amounts to a teach-in. Instead of an ark, the congregation has a white board which pointedly faces west (“toward L.A.”). Seminars and lectures are punctuated by the clarion call of a tenor sax but instead of the traditional Tekiah/Shevarim/Truah the congregants are treated to awkward riffs on A Love Supreme.

There’s a temple in Menlo Park that conducts its entire service in Augmented Reality. I admit I was a bit put off at first when I entered Kehilat Khatzav, a converted Sufi meditation center about three-quarters of a mile east of Facebook. It was tough watching a roomful of people wearing crash helmets and night-vision goggles shuckling in time as the hazzan delivered a beautifully muffled rendering of Unetaneh Tokef.

Not all communities however are in crisis. Hanan Benhamoun, sexton of Perth Amboy’s Shaare Nissim told me that the “Sephardim don’t need those schmaltzy bells and whistles. We can count on filial piety and good old-fashioned fear to keep our high holiday seats filled.” And indeed, that seemed to be the case, though I did notice they replaced the traditional prayerbook with iPad minis.

I latter found out that they livestream their service and have a feature that allows virtual worshippers the option of “swiping away their sins” using touch screens.

The guitar-toting, finger-picking cantor is still a mainstay, but I suspect the bloom might be off that post-Woodstockian rose. Crooning about forgiveness in Birkenstocks and a kittlel might be a bit dated in the age of Uber and the man-bun. Getting the L.G.P.D. community back into the fold will take some serious innovative thinking.

I heard there’s a Conservative shul near Miami where the davening is done in Hebrew.

David Schoffman is an artist living in Culver City, California

Swiping Left On The Almighty: How To Get Yuppie Jews Into Shul Again