This Year, We Must Address The Moral Crisis Of Our Jewish Generation 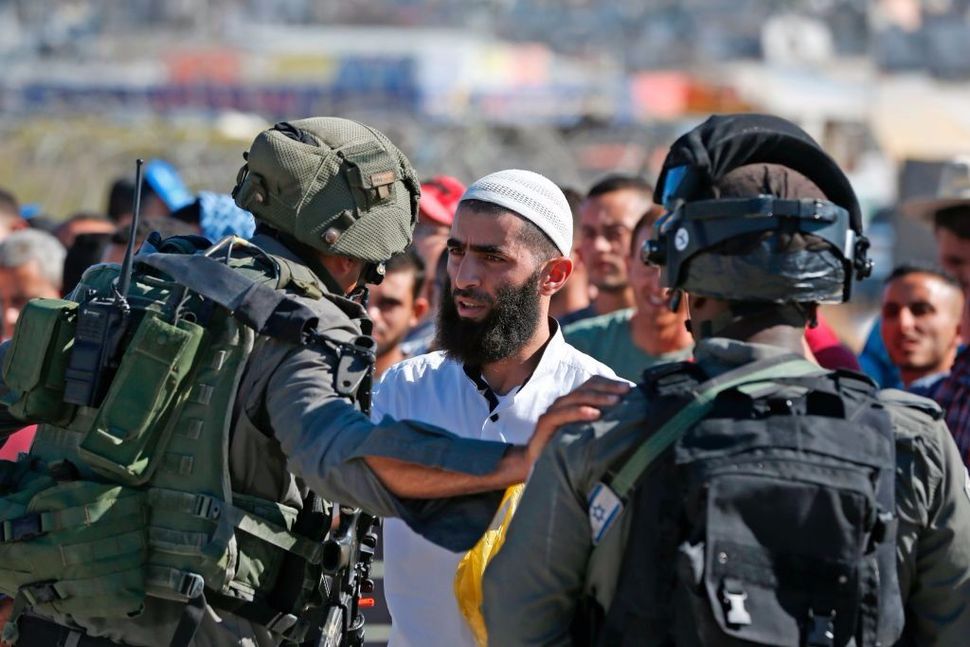 In early September as the new school year began for thousands of Jewish high school students, IfNotNow, a movement focused on ending the American Jewish community’s support for the occupation and a movement that I help lead, launched the #YouNeverToldMe campaign. As a generation, we were betrayed by the institutional Jewish world which told us stories of Israel’s glories but no stories of the horror and impact of occupation on Palestinians. Through this campaign, we are dedicated to transforming our community’s approach to talking about Israel so that the betrayal that happened to us does not happen to future generations. We will speak out with our stories about the ways our communities— which developed us positively in so many ways— have failed us when it comes to being honest leaders regarding the most urgent crisis in our community: the occupation. We will continue to share our stories; here’s mine. 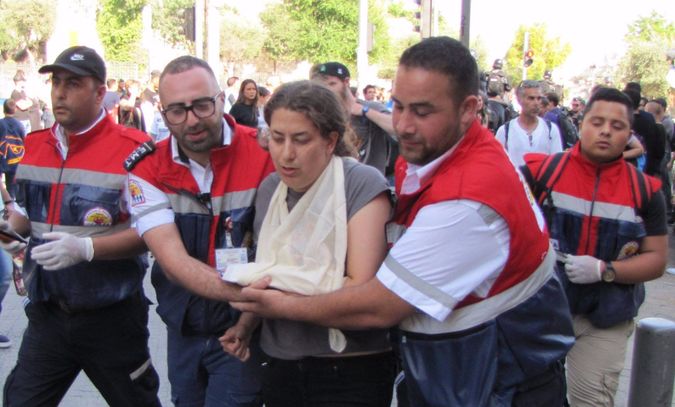 On May 24, 2017, I participated in a non-violent sit in at Damascus Gate in the Old City to protest the Jerusalem Day parade. This sit in was coordinated by IfNotNow, Free Jerusalem, and All That’s Left. As I linked arms singing songs of peace with Diaspora and Israeli Jews, an Israeli border police officer violently grabbed me and fractured my elbow. It was an immediate break. I was rushed to the emergency room and seven days later needed $26,000 intensive arm surgery in order to regain movement in my left arm.

The month that followed this surgery was one of the most emotionally difficult months of my life. Committed to the Hebrew Ulpan I had registered for months prior, I decided I should stay in Israel to complete my course. During the month of June, I walked around Israel with a visible political injury given to me by an officer of the very place that had been presented to me as a utopia.

It is hard to explain how intense and heavy this felt. I was proud of standing up for what I believed in. I deeply believe my friends and I are on the right side of history. And even knowing this, I found myself wanting to shrink and hide. The majority of Diaspora Jews are told that Israel is for us and made for us. We are told we belong there. I was told this, over and over again.

There were so many things I wasn’t told about.

Israel and the soldiers who had been glamorized to me all my life had left me with a scar across my arm that tells me that my welcome to this land was conditional. It was conditional on me accepting the ways in which Palestinians everyday are restricted, attacked, and dehumanized. I will not accept that condition and I will not step away from the responsibility I feel towards the Jewish people.

As I began the process to apply for Rabbinical school, I found myself glancing through my Hebrew School yearbook from the Talmud Torah of Minneapolis where I graduated after ten years of enriching and meaningful Jewish education. In my reflection I wrote about my appreciation for the deep love and connection to the state of Israel that my Jewish education had instilled in me. By the time I graduated from high school, I had never been to Israel but I couldn’t wait to get there.

A few months into college, a friend would challenge me when I claimed the IDF to be the most moral army. All my teachers used to say this, it must be true. “The IDF drops leaflets before bombing Gaza. What other army does that?” My friend, who is Palestinian-American, would ask me, “Where are they suppose to go, Sarah?” It was moment after moment of conversations like this one that began to unravel my perception of Israel as a great utopia. I decided that I needed to spend significant time in the region. Not out of the loving excitement I wrote about in my Hebrew School yearbook, but out of a desire to learn the truth about the occupation and everything else that was missing from my education.

As a future Rabbi, I believe the current status quo of Jewish education regarding Israel/Palestine cannot continue. I am speaking out as part of the #YouNeverToldMe campaign because I do not want another generation of students to learn about Palestinians as solely “terrorists,” like I did. In my education there was never any mention of the hardships of the Palestinian people and certainly no mention of occupation. My Jewish education around Israel/Palestine not only left out the stories of Palestinians but it took advantage of the real trauma and fears of the Jewish people; the fear that we are never safe. History and this political moment teaches us that our safety and comfort cannot rest on the oppression of another people. You never told me, but no more. We will be the generation to end our community’s support for the occupation. We have to be.

This Year, We Must Address The Moral Crisis Of Our Jewish Generation