When The Muslim And Jewish New Years Collide 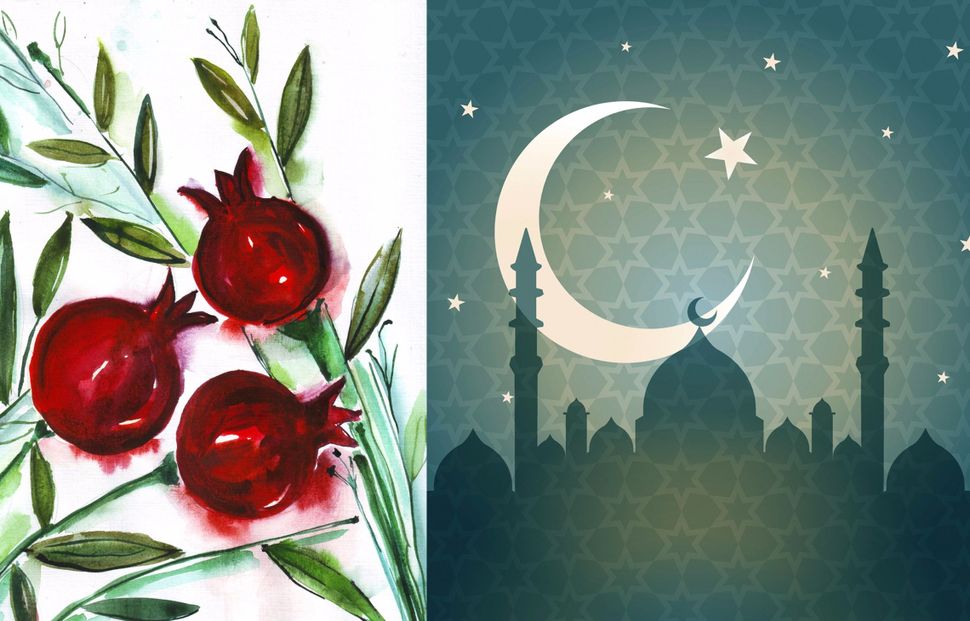 The names for the New Year in Hebrew and Arabic demonstrate common meanings: in Hebrew Rosh Hashanah, while in Arabic Ras as-Sana; both literally mean “head of the year.” The commencement of the year is often seen as a time for fresh beginnings. As with many Arabic and Hebrew words since both languages have Semitic roots, the words for repentance are similar: in Arabic, tawbah and in Hebrew, teshuvah, both mean turning back to God.

The Jewish New Year, Rosh Hashanah, celebrates the anniversary of the creation of the world by G_d. It is both a celebratory and contemplative holiday, as Jews use the occasion to reflect on the last year, see where we could have done better, apologize to those we have wronged, and forgive those who have wronged us.

Like the Muslim New Year, it is also marked according to a lunar calendar, but the Hebrew calendar, unlike the Muslim calendar, adds in leap months seven out of every nineteen years to correct for the difference between the lunar months and the solar years. Rosh Hashanah is always celebrated in the late summer or early fall. Like Muslims, Jews also mark a holiday 10 days after the New Year: Yom Kippur, the Day of Atonement. And like Muslims, we fast on this holiday, refraining from ingesting food or liquids from before sundown on the eve of Yom Kippur until after sunset the day of Yom Kippur.

We are also commanded not to wear leather shoes, bathe, wear perfumes or oils, or have sexual relations. Having already apologized to the humans we have harmed during the last year, on Yom Kippur we apologize to G_d and ask G_d’s forgiveness. We do this through prayer, repentance and “tzedakah,” which can mean charity, justice or righteousness. Rosh Hashanah and Yom Kippur are very important holidays for Jews; together they are known as the “High Holy Days.”

The Islamic New Year marks the beginning of the Islamic calendar and the first day of the first month of the calendar called Muharram. The Islamic calendar is also referred to as the hijri calendar since it began with the emigration or hijra of the Prophet Muhammad and his early followers from Mecca to Medina in the year 622. This was the beginning of the open practice of the nascent faith which is why the date is considered central to the history of the religion.

Because the calendar is purely lunar, it moves approximately eleven days earlier every year. While the Islamic New Year is comparatively de-emphasized in comparison to the two major Muslim holidays or Eids, the month of Muharram is considered to be one of the four sacred months, and in the tradition of any new year, is a time for self-reflection and resolutions for the upcoming year.

The tenth of Muharram (Ashura) is considered particularly significant for Sunni Muslims as the day in which Moses and his people were freed by Pharaoh, and for that reason many Muslims fast on that day and the preceding day. According to a prophetic tradition, “Whoever fasts Ashura it is as if they fasted the entire year and whoever gives charity on this day it is like the charity of an entire year.” For Shia Muslims Ashura is a day of mourning on the anniversary of the day on which the Prophet Muhammad’s grandson Hussain was killed in Karbala.

As both Jews and Muslims face increased prejudice, intolerance, and attacks on our communities in the United States, let this shared New Year be a time to join hands, recognize our commonalities, and work together to fight for justice and a better future for all people. L’shana tova (Happy New Year in Hebrew) and Kul ‘am wa ‘antum bikhayr (“may you be well every year” in Arabic)!

Ameena Jandali is a founding member of Islamic Networks Group (ING). She co-designs ING’s educational presentations and cultural competency seminars. Ameena has delivered hundreds of presentations in schools, colleges, universities, churches, and other venues on Islam and related subjects. She has also appeared on many news outlets speaking on issues relating to American Muslims. She currently team-teaches a class on Islam and Women in the Middle East at City College of San Francisco. Ameena received her M.A. in Near Eastern Studies from UC, Berkeley, and B.A. in History from the University of Illinois.

Terry Fletcher has worked as a Spanish bilingual and literacy support teacher in San Francisco and Berkeley public schools for over 25 years. She is a member of Congregation Sha’ar Zahav in San Francisco. Terry is a Middle East peace activist and the daughter of a Holocaust survivor. She enjoys learning new languages, singing, bicycling and yoga. She lives with her husband in Berkeley, and volunteers on ING’s Interfaith Speakers Bureau, which brings Buddhists, Christians, Hindus, Jews, and Muslims together for panel discussions.

Terry Fletcher has worked as a Spanish bilingual and literacy support teacher in San Francisco and Berkeley public schools for over 25 years. She is a member of Congregation Sha’ar Zahav in San Francisco.

When The Muslim And Jewish New Years Collide