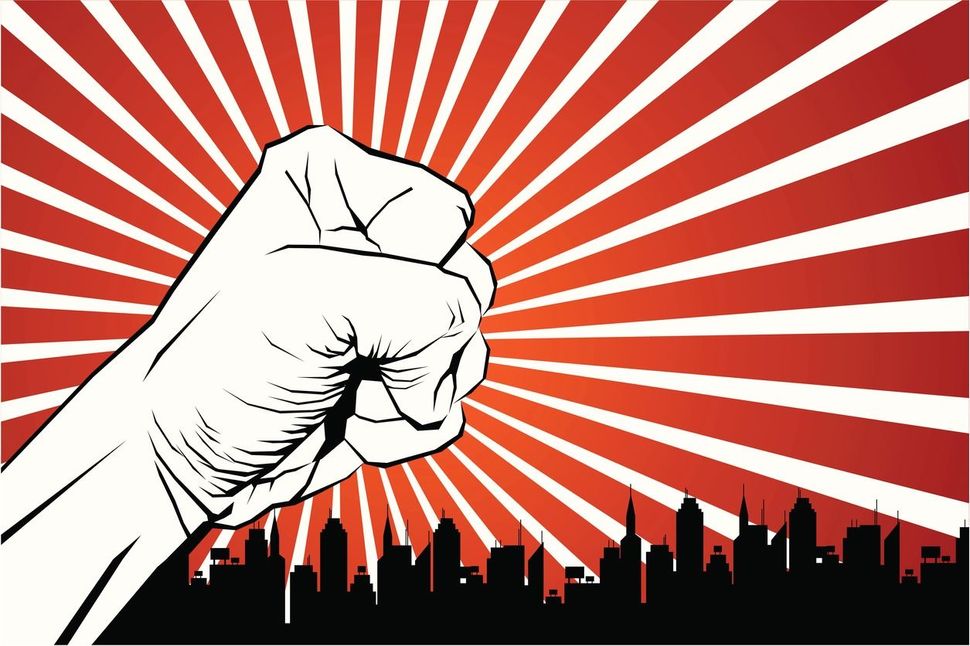 Usually, after Yom Kippur, I write a list of character flaws I vow to address in the new year, place it in my wallet, and then promptly forget about it. I always want that final shofar blast to truly awaken me, to shake me into action, to help me become a better person, but I usually find myself drifting back into my normal routine in a matter of weeks. Not this year.

This year, there is too much at stake. The world is too broken to neglect tikkun olam. The commandment to pursue justice carries more weight now that the United States seems so devoid of it. I will begin this year marching, and I hope that the whole Jewish community will join me.

The American Union of Jewish Students (AMUJS), in partnership with the World Union of Jewish Students (WUJS), is organizing Jewish activists to participate in the March for Racial Justice in New York, Providence, Chicago, and elsewhere on the day after Yom Kippur. I plan to march in Providence, Rhode Island with my fellow students and with activists from all over New England.

I march because I am a Jew. I inherited a religious tradition that demands action, and a legacy of organizing that must be carried forward. From Rabbi Abraham Joshua Heschel to Harvey Milk, Jews have been at the forefront of some of America’s greatest social movements. The American Jewish community must step up now as well.

I march because I am a human being, a person who cares about other people. Therefore, I recognize that Black, Brown, and Native lives matter and I cannot ignore the plagues of racism, mass incarceration, police brutality, misogyny, and so much more that afflict the United States.

I march because I am an American citizen. That citizenship endows me with unique power, and therefore a unique obligation, to fight for a better system. As a citizen, moreover, I am acutely aware of the crumbling of America’s democratic institutions. I understand that the threat to democracy begins with the systematic disenfranchisement of Black, Brown, and Native Americans. The great Jewish scholar Hannah Arendt, in her chapter on “The Decline of the Nation-State and the End of the Rights of Man” in The Origins of Totalitarianism, wrote about the tendency of totalitarian regimes (particularly those of Nazi Germany and the Soviet Union) to gain the loyalty of local police forces, and thus the ability to violently control whole societies, by offering to law enforcement “domination over vast groups of people [especially refugees and undocumented immigrants], who, regardless of any offenses committed by individuals, found themselves anyway beyond the pale of the law.” Every time I hear a chant of “blue lives matter” or learn more about the ways in which the Trump administration has intensified the persecution of Latinx people, I notice the striking parallels.

I march because I am a person of enormous privilege. My white privilege, male privilege, cisgender privilege, and more make me complicit in the systems of oppression against which the March for Racial Justice is protesting. I have a responsibility, given that complicity, to serve as an ally to marginalized communities.

I march because I am an activist committed to defeating anti-Semitism. Even as I stand as an ally to other groups, I also stand for myself, as a Jew and a frequent target of anti-Semitism. Anti-Semitism and anti-Black racism are deeply connected, both throughout history, as James Whitman described in Hitler’s American Model: the United States and the Making of Nazi Race Law, and today, as Emma Green described in the Atlantic following the Nazi rally in Charlottesville last summer. Duke Divinity School’s Dr. J. Kameron Carter argued in his book, Race: A Theological Account, that Christian anti-Judaism and the racialization of Jews were at the core of white supremacy and modern racism from the moment that Immanuel Kant presented “to the modern world its first scientific theory or philosophical account of race” – in a body of writing laden with anti-Semitism. The resurgence of anti-Semitism in the United States is thoroughly entangled with the resurgence of other forms of racism, and we must confront all of those hatreds together.

I march because I am a critic of social justice movements that do not confront anti-Semitism. I have written extensively on the issue of pro-justice movements’ frequent failure to include Jews, so it is especially important to me to endorse and show up for those actions that do take Jewish needs seriously. The organizers of the March for Racial Justice wrote into the mission statement explicit condemnations of anti-Semitism and, after accidentally scheduling the march on Yom Kippur, not only released a genuine, heartfelt apology (reading over it again as I write this article, I am nearly moved to tears), but also applied for legal permits and rescheduled several sister marches in order to accommodate Jewish religious observance.

I march because I am a student of Jewish history. I know what happens when the people stand by and look on in silence.

I am taking these High Holy Days seriously, as a real wake-up call. I am beginning my year by participating in a massive protest against injustice in this country and across the world. Please, join me, and resolve this year to join the movement.