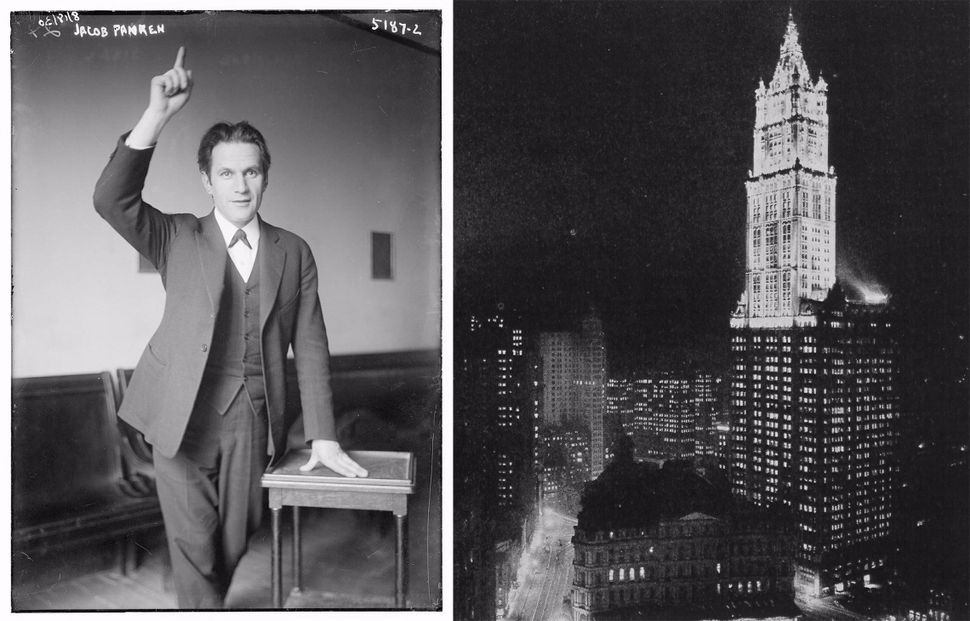 Over the past year, scholars and journalists have reflected on the centennial of the Russian Revolution. On November 7, 1917, Vladimir Lenin led the Bolsheviks in a coup against the Provisional Government, which triggered the Russian Civil War and led to the establishment of the Soviet Union. Nearly forgotten, however, is America’s own socialist revolution, which occurred the very next day. On November 8, in New York, a U.S. Congressman, ten assemblymen, seven aldermen, and one judge were elected on the Socialist Party ticket, marking the pinnacle of the party’s electoral success in the United States.

The judge elected that day was Jacob Panken, a Jewish immigrant from modern-day Ukraine and early twentieth-century Lower East Side fixture. Winning a seat on the Second District Municipal Court of New York City, Panken became the first Socialist Party member to serve in the American judiciary. His legacy offers pertinent lessons for contemporary political activists, especially those interested in social justice. 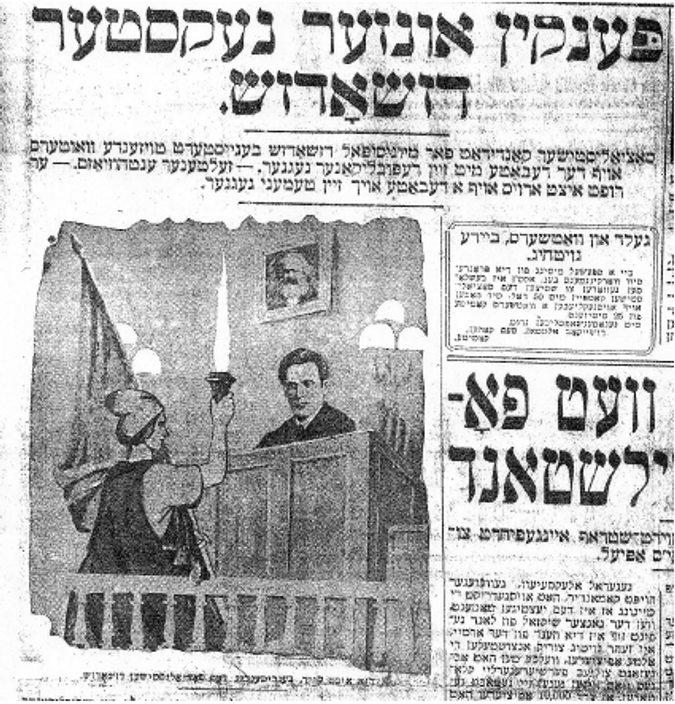 On October 22, 1917, some two weeks before Panken’s election, the Forward printed an image of him on its front page, prematurely declaring his victory. Panken is shown presiding over a courtroom, wearing a black robe. A picture of Karl Marx hangs behind him and a woman holding a flag in one hand and a torch in the other stands before him. (The artist seems to have conflated Lady Liberty and Lady Justice.)

Panken’s election, like the Russian Revolution, was anything but expected. Nineteen-seventeen was an inauspicious year to run for office as a Socialist in America. The world was plagued by uncertainty. Europe was embroiled in World War I. In March, Russian revolutionaries forced Tsar Nicholas II to abdicate his throne. In April, President Woodrow Wilson declared war against Germany. Conscription began in June. These developments exacerbated already simmering opposition to socialism in the United States. Many Americans viewed socialists, most of whom opposed American involvement in World War I, as disloyal German sympathizers.

The only election Panken ever won was a seat on the municipal bench, but that single victory allowed him to weave socialism into his judicial decisions, marrying his politics with his post. During his ten-year term, Panken oversaw landlord-tenant, personal injury, and other civil cases. The resolutions of these cases affected the day-to-day lives of the litigants and Panken adjudicated a lot of them.

During his judicial career, Panken became known as a “maverick.” As he told the New York Times, he decided cases by applying “not technical but human justice.” Writing years later about his election in a draft of an unpublished autobiography, Panken recalled his conviction that, “A Socialist [could] do much for the community from the bench and he [could] also do something for his ideals.”

Panken’s socialism reflected the values of Yiddish socialism, a political philosophy espoused by the Jewish labor movement in New York. Engaging in radical politics, establishing unions, and organizing strikes, Yiddish socialists wanted to create a just and equitable economic system. They envisioned a world that would accept Jewish particularism by embracing universalism, which treated all people as inherently worthy of dignity and political rights. In many ways, it was the earliest iteration of Senator Bernie Sanders politics.

To incorporate his politics into his rulings and to secure what he thought were just outcomes, Panken used procedural mechanisms, especially jury instructions. In a tenant-landlord cases, for example, Panken would tell jurors to think about the social implications of their decisions and how they would affect the community. Eviction cases were common after the war and well into the 1920s, especially because of a housing shortage in the city. Panken thought landlords commonly took advantage of tenants. To elicit jurors’ sympathies for the parties he favoured (usually the tenant), Panken reviewed the history of New York City housing laws, emphasizing when and how they disadvantaged renters. In this way, he nudged jurors toward what he thought case outcomes ought to be.

Panken’s experience as a municipal judge was a springboard for his appointment to the N.Y. Court of Domestic Relations, a family court, in 1935. There Panken presided over marriage, divorce, custody, and juvenile delinquency cases. During his twenty years on that bench, Panken took advantage of the court’s flexible operating standards, which reflected the institution’s newness and its distinct sociological objectives, to generate outcomes that mirrored his politics.

While the Russian Revolution has understandably received great attention this year, America’s own socialist revolution should be remembered and mined for what it can teach us. Contemporary political actors, particularly those who find themselves on the fringe of mainstream politics, can look to Panken’s time on and off the bench for guidance. His election stresses the importance of running, even when losing is likely. Campaigning generated political momentum. It increased voters’ familiarity with Panken and enabled him to share his platform. Panken ran even when he knew he’d lose. By getting his name on the ballot, Panken, at the very least, created the possibility of winning. His career also emphasizes the significance of local office, where one’s work often directly affects constituents’ lives. Panken’s success in securing a local elected office and applying his values to his work is a model that offers hope to those yearning for change.

Britt P. Tevis, JD/PhD, is a Lecturer at Deakin Law School in Melbourne, Australia. She is currently working on a monograph about early twentieth-century American Jewish lawyers.