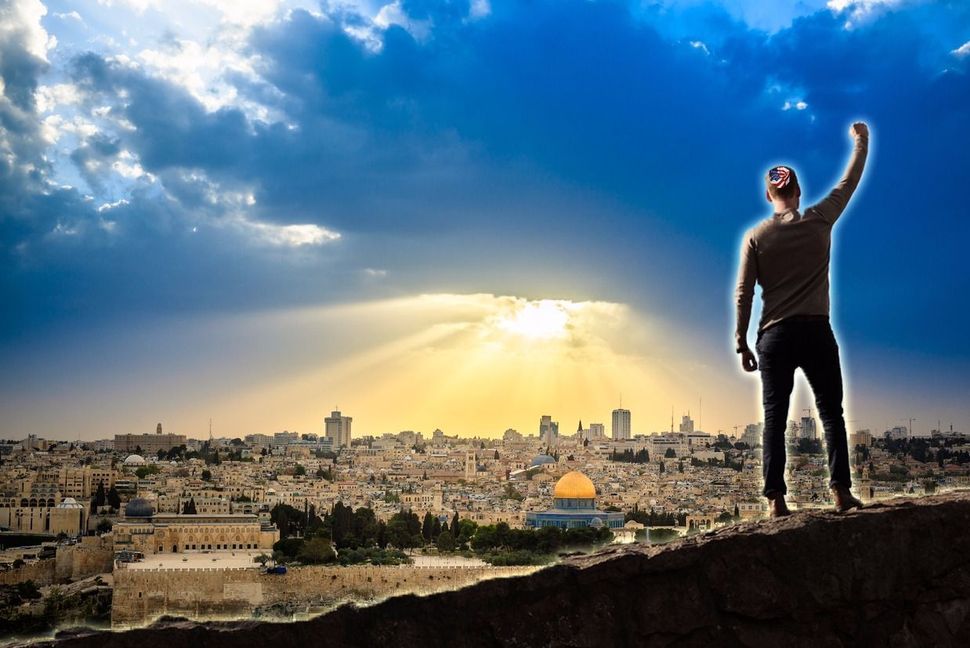 I get the same sense of insolence from Israeli officials when the effects of the cancellation of the Kotel Agreement on World Jewry are discussed. “What will they do to us?”

I was forced to spend 24 hours with a 5-year-old who isn’t family. I explained the rules of the house several times during his stay, and every time I did, he’d sourly ask: “What will you do to me if I don’t?” I get the same sense of insolence from Israeli officials when the effects of the cancellation of the Kotel (Western Wall) Agreement on World Jewry are discussed. “What will they do to us?”

Israelis, who are typically blunt, direct and proud, tend to consider funds to be the biggest issue here. It’s not. The rift between Israel and World Jewry, particularly Americans, is a strategic failure. It’s a split that would influence their willingness to lobby with the administration on behalf of Israel. This is why AIPAC leaders arrived in Israel within 48 hours of the cancellation of the Kotel Agreement back in June.

Israeli @PresidentRuvi describes the sadness of fighting over the Kotel agreement saying, “A symbol of unity has become a symbol of division and disagreement.” #JFNAGA pic.twitter.com/tCnG6PKA10

From speaking with American Jews, I get the sense that most of them feel betrayed, as expressed by Conservative leader Rabbi Steve Wernick in his recent visit to Israel. They also feel they’re on the brink of an unexplained, unforeseen divorce. While Israeli officials believe this is all reversible, Americans are walking away. And as they do, particularly the younger generations, they don’t look back. This isn’t a simple tear one can mend. This is the equivalent of pulverized porcelain, impossible to glue back together, broken for good.

Excellent work, Netanyahu. The first ever formal rebuke of an Israeli prime minister from the Jewish Federations of North America. Chapeau. https://t.co/joCgyEcgvy

That’s why World Jewry must finally rise above its own inhibitions: First and foremost the one which politely prevents them from “interfering” in the internal issues of a sovereign state. I say to you: It is not an interference when you are talking to your own family about critical issues. You have a place around the table where Jewish values are defined. You have a voice and a right to determine the Jewish values of the Jewish State.

Second: You are silenced by Israelis who say to you “you can’t tell us what to do because you don’t send your kids to the army.” Here’s a newsflash: 50% of Israelis do not send their kids to the army but they have a say in any political discussion. The third: Israelis say, “No representation without taxation.” Another newsflash: 52.3% of Israelis don’t pay taxes either, some because they are so poorly paid, others because they’re clever about evading.

The Kotel Agreement was not negotiated by Israelis only. You were at the table, represented by your leaders. The compromise is a result of a negotiations of which you were a part. The agreement is more than a document. It is the embodiment of how we can pacify the tension between democratic ideals and religious values in Israel. Reneging on this agreement is a betrayal. You’ve been silent long enough. Speak up! Demand courage from the Israeli Prime. Courage, which is so freely associated with Israelis. It’s time he showed us some: Courage to face his political partners. Courage to admit his own mistakes. Courage to move on and face the natural consequences of this decision.

On my desk at work there’s a sign which says “Well-behaved women never changed history.” That’s true for Jews as well. You’ve been polite long enough. Let every Israeli official you see around the GA, including President Rivlin, know that you will not rest until the Kotel Agreement is implemented. Write, email and call Israeli representatives around the world to say you won’t settle for being second-class Jew. Invite and support Israeli organizations who share your pluralistic values. Go on social networks and promote such organizations’ content. Your opinion matters and you have a duty to express it. Don’t let anyone tell you otherwise.