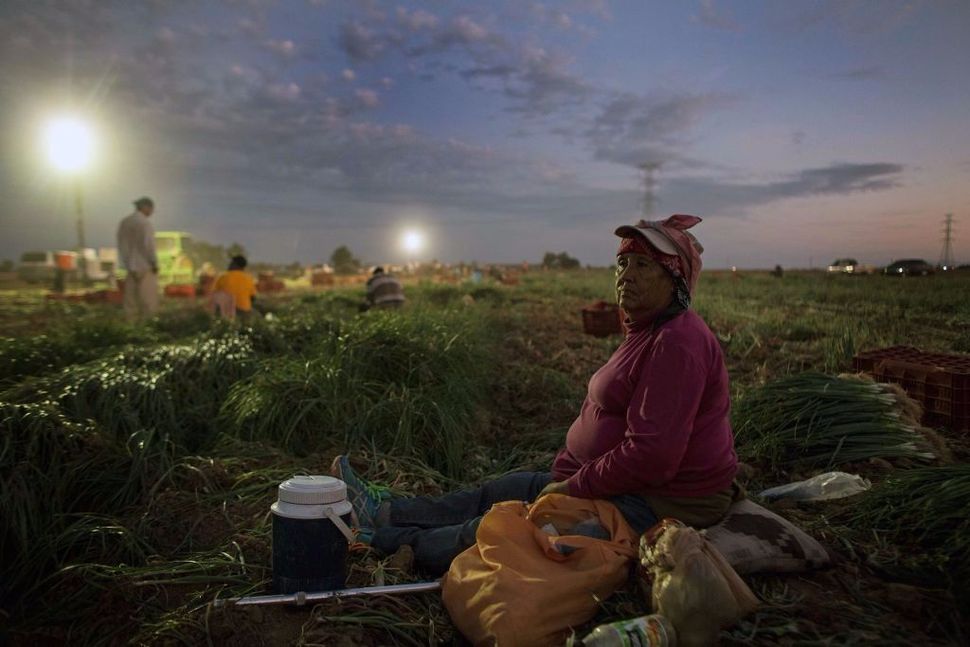 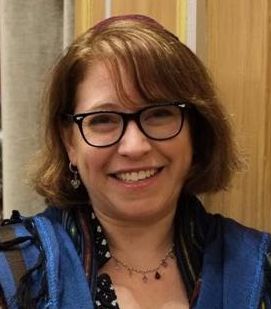 Though the #metoo campaign has brought renewed attention to sexual harassment and assault against women, we often overlook the degree to which women in low-wage jobs are particularly at risk. The women who pick the food we eat every day, for example, have for decades experienced an epidemic of gender-based violence in the fields. According to Human Rights Watch, 80 percent of women in agriculture experience sexual harassment or assault.

In our efforts to address rape culture and sexual assault in the workplace, we must include low-wage workers in our analysis and support their leadership in ending this pervasive problem. There is a solution to sexual harassment in the workplace, and it comes directly from farmworker women themselves.

Four years ago, I had the privilege of visiting Immokalee, Florida with T’ruah: The Rabbinic Call for Human Rights to learn about the struggles of those who pick our tomatoes. I met the inspiring activists of the Coalition of Immokalee Workers, who advocate for growers to respect the human dignity of farmworkers through improving working conditions. We learned about the coalition’s chutzpadik effort to urge mega-corporations including McDonald’s and Whole Foods to join the Fair Food Program. Companies typically join after a long campaign to hold them accountable for the fact that their desire from the top of the supply chain to pay as little possible for tomatoes drives to drives human rights abuses and sub-poverty level wages at the bottom of the supply chain. Joining means that major food retailers agree to pay a penny per pound more for tomatoes, which goes directly to tomato workers, and to purchasing tomatoes from farms that commit to upholding the basic human rights of their workers.

While in Immokalee, we heard many painful stories of abuses of workers in the fields. One woman’s experience has stayed with me. As a young farmworker, she was sexually harassed and threatened by a male overseer in the tomato fields. The nightmare did not end when she left work for the day. The man found out where she lived, came to her home, and publicly threatened her in front of the other families with which she shared her trailer. She was frightened but had nowhere to turn, no mechanism for reporting his misconduct. She had to decide whether to go back to work the next day, risking her own personal safety, or forgo wages that would feed her children. Ultimately, out of fear for her life, she relinquished the job that provided the opportunity to feed herself and her family.

“What if a situation like this happens again?” she asked the group of rabbis listening to her story.

The Fair Food Program now covers 90 percent of Florida’s tomato growers, as well as certain farms in states along the East Coast, and has drastically improved conditions for women in the fields that are covered. In the Florida tomato fields, there is a zero tolerance policy for abuse, wage theft, violence, forced labor, and sexual assault and abuse. Without fear of retaliation, workers who are threatened can call the hotline of the Fair Food Standards Council, which enforces the rights guaranteed by the Fair Food Program. Cases are investigated immediately and if found guilty, abusers face direct consequences, which can include suspension or expulsion from working in the industry.

In fields covered by the FFP, women no longer have to choose between their dignity or feeding their families. This model should be adopted across the agriculture industry.

Fourteen major food retailers are part of the Fair Food Program, including fast food chains, food service providers, and grocery stores. But most companies are not, and as a result, most farm workers are still unprotected and vulnerable. For example, Wendy’s, the fourth largest fast-food restaurant chain, has refused to meet with the CIW or join the Fair Food Program. Indeed, the company has moved its tomato purchases from Florida to Mexico, where extreme human rights abuses against workers are well documented. Wendy’s promotes its own, weaker code of conduct for suppliers, which lacks transparency and enforcement, and does not protect workers who speak out: in other words, the ingredients critical to ensuring a safe and fair workplace.

But the women of CIW have an answer for Wendy’s. As part of their “Harvest Without Violence” exhibit, which brings the story of this amazing change for farmworker women to consumers like all of us who eat tomatoes, they have called out the leadership of Wendy’s for refusing to support human rights in the fields. They wrote: “[B]elieve us when we tell you that your code is no match for the Fair Food Program’s guarantee that our rights will be upheld in the workplace… Unlike in Wendy’s code, which is silent on worker participation, farmworker women and men are central actors in designing and monitoring our rights in the Fair Food Program. This means that we are no longer forced into silence when we witness or experience sexual harassment or assault — we speak out because we know our voice will be heard, and there will be negative consequences for the abuser, not for us.”

In a few days, we gather with friends and family to celebrate Thanksgiving. We acknowledge the bounty on our tables and in our lives, and we take time to think about all those who have helped bring this meal to our table — those who picked our corn and potatoes, those who labor in the heat of the sun so that we can enjoy our meal and give thanks.

This Thanksgiving, as we consider our own harvest, and at a moment in time when our consciousness around sexual abuse is heightened, let us consider those women in the fields who have to make the choice between a paycheck to feed their baby or provide medicine for their parent, or going back to a workplace in which they face threats and abuse. Let us think about those who still have no way to hold their abusers accountable. Let us recognize that there has been much pain and violence in those fields. And let us commit to making our meal one of both contentment and commitment, to bring awareness and visibility to farmworkers’ struggles and to make their struggles our own.

Lauren Grabelle Herrmann is the rabbi at the Society for the Advancement of Judaism in New York.