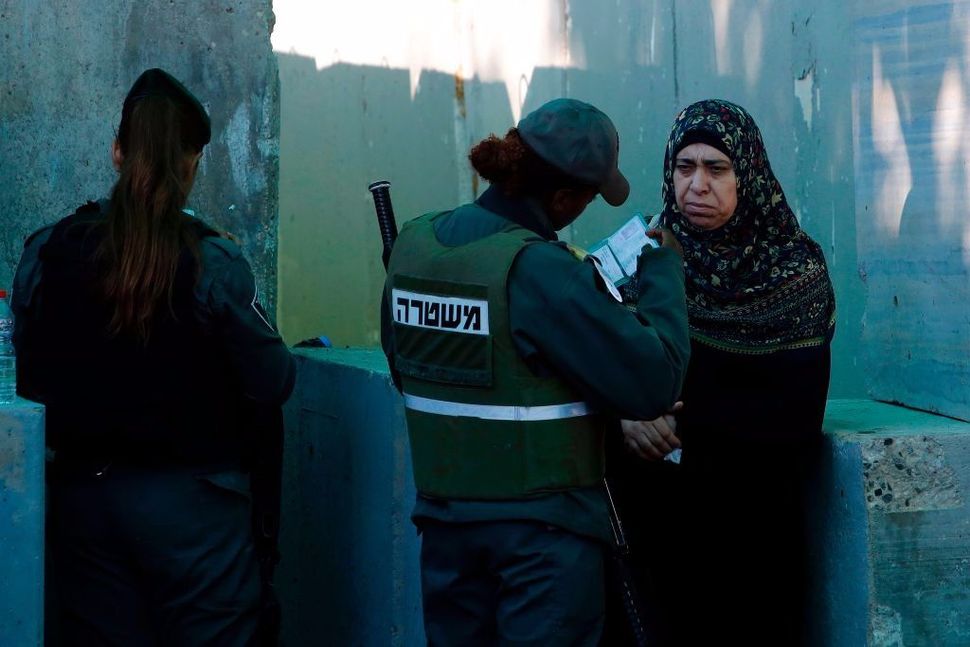 On November 27, the Forward published an opinion piece by Palestinian activist and journalist Mariam Barghouti, who asserted that one cannot be both a feminist and a Zionist. Despite the fact that the Forward’s opinion section published, on the same day, an essay promoting the point of view of “Zioness,” a feminist Zionist organization, The Forward’s opinion editor, Batya Ungar-Sargon, was besieged by hate mail from Jewish writers, including a threat to “rape and behead” her, as well as one calling her a “demented scumbag kapo.”

Although I am proud to write for an outlet that is committed to a pluralism of opinions and that publishes Palestinian voices, I don’t agree with Barghouti’s fundamental thesis. I do think one can be a feminist and Zionist, though of course, as many commentators pointed out, it depends on how you define Zionism and how you define feminism. In her essay, Barghouti makes feminism synonymous with general humanism. As she writes, “Fundamentally speaking, feminism cannot support racism, supremacy and oppressive domination in any form.”

She makes it clear that she is concerned with Zionism as a historical entity, not just as a theory — with Zionism as it is practiced, not as it is preached. Speaking about the Zionist feminist in broad strokes, Barghouti writes that “She willfully ignores that Zionism has advanced itself through myriad human rights violations.”

Sadly, with regards to the “myriad human rights abuses,” Barghouti is, of course, right. The establishment of the state of Israel and the denial of the right of return to Palestinians who had fled, the creeping annexation of land outside of the green line after 1967, the legal and cultural discrimination against Arab citizens of Israel which is still real despite progress that has been made, and the often brutal military occupation, all have been consequences of the advancement and protection of the Zionist project.

We are still wrong not to listen respectfully to Barghouti. As much as it is understandable that Jews want a state that protects and maintains our culture, religion and people in the face of historical persecution and attempts at genocide, it is also understandable that the establishment of that state on land which partially belonged to the Palestinian Arabs, combined with a subsequent and ongoing campaign of disempowerment, land grabs and military occupation, would appear as racist and unjust to Palestinians. It is understandable that to some of them “Zionism” is a dirty word. We need to understand that, and even empathize with that perspective, if there is any chance of peace.

When I said on social media that I was proud of the Forward for publishing the piece, there was predictable pushback, though I’m glad to say that it was a lot more civil than what Ungar-Sargon faced directly. Some simply asserted that they were Zionists and Feminists. Others took issue with Barghouti saying one could not combine different identities, thus managing to miss her point, while some others compared what she was saying to denying that one could be, for example, feminist and American, considering the current American government. This last argument manages to miss her point in another way — she is not saying that one cannot be a feminist and a citizen of an egalitarian, multi-ethnic, democratic Israel, as the United States is supposed to be (in theory). Rather, she is saying that one cannot be a feminist and a supporter of the ideology of historical Zionism, which in her opinion inherently defends the interests of the Zionist dream and the Jewish people at the significant expense of the Palestinians. One can disagree, but we should understand what she is saying.

One friend of mine simply said he was offended by the article. I understand that, and so was I, but here is what I found really offensive, what haunted me after reading it:

“I recall moments when I, myself, was detained by Israeli forces after I protested against a soldier firing tear gas directly at young Palestinian children. While I expected the degradation, I was baffled and angered by the female soldiers. It was they who carried out my detention, putting on and taking off the handcuffs, brutalizing me, calling me foul names and saying nothing as the male soldiers verbally and sexually harassed me, calling me “whore” and “dog.” The women would shy away for a moment, only to return and laugh alongside their colleagues.”

Harassment and inhumane conduct sometimes practiced by members of the IDF towards Palestinians has been well documented. It should horrify us, and we should make no excuses for it.

I couldn’t help but be struck by how many people responded to the article with various levels of offense towards Barghouti’s ideas without mentioning that paragraph. It reflects what I think is a level of denial that continues in the wider Jewish community today. Years ago, when I saw the deluge of anti-Israel sentiment which arose in the wake of the second Intifada and the Gaza wars, I thought, “How can people be so ignorant! Why don’t they learn about the history of Israel, do some research before they go marching around everywhere with their angry opinions!”

I find myself now increasingly feeling that way about members of my own Jewish community. The violence and injustice of the settlements and the occupation is something poorly understood by most. Why don’t we do some research before we go marching around with our angry opinions? It is time to listen, really listen, to the perspective of the Palestinians if we care about peace and justice.

I challenge myself, and all my readers, to dedicate two weeks to studying the works of critical Israeli (and Zionist) authors like Gershom Gorenberg, Palestinian academics like Rashid Khalidi, human rights organizations like B’Tselem and Truah and Human Rights Watch, with the same openness and engagement they give to defenders of historical Zionism and Israel. Maybe start with this other recent Forward piece by Barghouti, about the harassment of Palestinian women at checkpoints, or her February piece in Al Jazeera, in which Barghouti criticizes Hamas and Fatah, for which I’m sure she herself got a deluge of hate mail.

As Martin Buber, a Zionist, argued many years ago, true community can only be based on dialogue, and Israel can only survive if based on community with Palestinians, not separation. Whatever political form, however many states, that relationship of community and dialogue takes, it must start with listening to Palestinian voices.