Whose Land Is Jerusalem, Anyway? 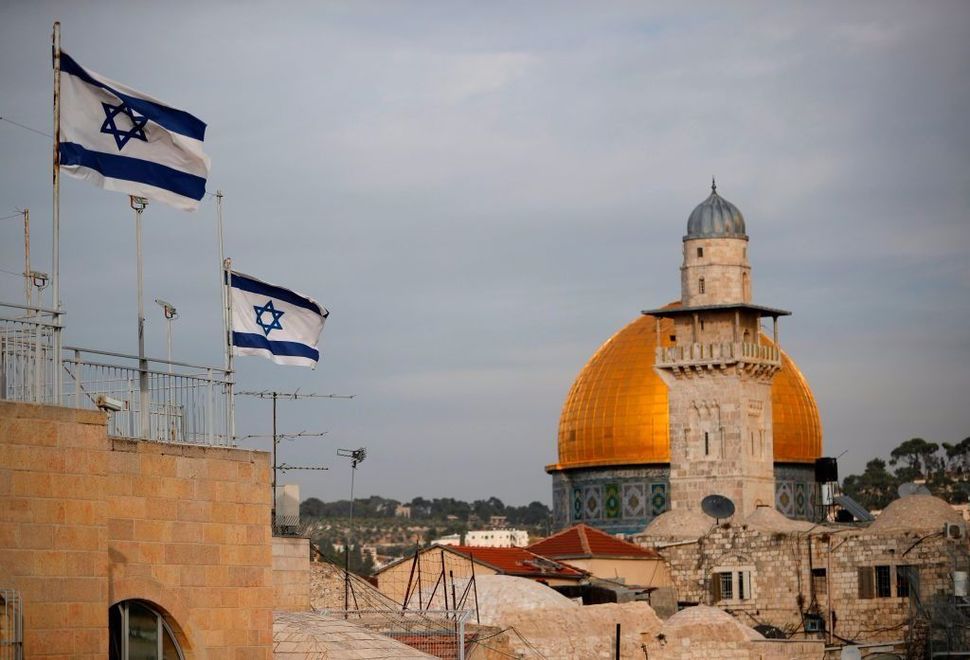 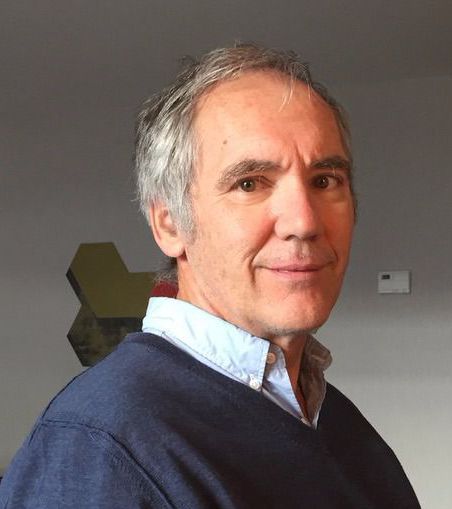 Some people have all the luck when it comes to living a purposeful life. R. J. Zwi Werblowsky was born in Frankfurt, Germany in 1924. Frankfurt at that time was a vibrant place, Jewishly speaking. The philosopher Franz Rosenzweig (1886-1929) founded a school for adult learning Lehrhaus Judaica. Martin Buber taught there; so did Gershom Scholem, Leo Loewenthal, Benno Jacob, and Shmuel Y. Agnon. Thus, Werblowsky emerged from a vibrant modern, assimilated, Jewish culture in Germany that was so bitterly stamped out starting in the 1930’s.

As a teenager Werblowsky studied in Yeshivas in Jerusalem. During the war he studied in London, receiving his B.A. in 1945. Post-war, Werblowsky worked in an orphanage in the Netherlands where he helped to prepare survivors of the Holocaust to move to Palestine/Israel.

In 1956 Werblowsky moved to the new state of Israel, where he was a founding member of the Department of Comparative Religion at Hebrew University. He rose to serve as Dean of Faculty of Humanities 1965-1969, and he remained at Hebrew University until 1980.

Werblowsky founded the Interfaith Committee in Jerusalem in 1958. He also worked at UNESCO serving as vice-president of the International Council for Philosophy and the Humanities. He was the primary editor of the premier journal on comparative religion, Numen. He also co-edited the encyclopedia of Jewish Religion. He died in Jerusalem in 2015.

From his perch atop the world of comparative religion, Werblowsky was in a unique position to recognize and describe some of the contradictions, dilemmas, and pitfalls faced by the new state of Israel. One example is his insights regarding Jerusalem and the relationship that each of the three monotheistic traditions have to confront with respect to that city.

One way in which people have experienced and crystallized their sense of holiness, said Werblowsky, is in relation to space. There are holy lands. For example, said Werblowsky, there is a temple in Benares, India, in which the object of worship is a map of India. We might look to similar spaces in American Indian religions. There are holy places, as distinct from land, where the holy became manifest. And there are holy cities. Some cities are holy because they possess a shrine or holy object. When it comes to Jerusalem, the city is part of a holy land for the Jews, it is a holy city for Christians because of things that happened there, and it is a holy place for Islam because tradition holds Muhammad ascended to heaven from that location.

Sura 17:1 says “Praise be to Allah who brought his servant at night from the Holy Mosque to the remote Mosque.” This has been interpreted, from early days of Islam, as a miraculous journey by Muhammad from Mecca to Jerusalem … . and it was from there he made his ascent to heaven. The capture of Jerusalem by Kalif Omar in 638 was instrumental in the development of this belief and tradition, and it was consolidated with construction of the Dome of the Rock in 691 CE and the Al Aqsa mosque in 705 CE. Over time, the Al Aqsa Mosque became identified as “the remote mosque” of Sura 17:1, said Werblowsky.

For Islam, then, the city of Jerusalem is holy because it contains a shrine, a holy place where—according to tradition—Muhammad ascended to heaven.

Christianity has facts on the ground in Jerusalem: the last supper, the crucifixion, the resurrection of Jesus. Jerusalem is holy because of what happened there. But, significantly, Christianity also developed a heavenly abstraction of Jerusalem. Christians focused on a Platonic form of Jerusalem in heaven, which served to relegate the earthly Jerusalem to a kind of memento, said Werblowsky.

Werblowsky refers to a story about the pilgrimage of Philipp from Lincoln in 1129. Philipp did not get very far on his pilgrimage. He made it as far as Clairvaux (half-way between Paris and Switzerland). From there the bishop of Lincoln (on the east coast of England between Nottingham and Hull) received a letter from the Abbott of Clairvaux. The letter said: “Philipp has entered the holy city and is no longer an interested onlooker but a devout citizen of Jerusalem. But this Jerusalem is Clairvaux. She is the Jerusalem united to the one in heaven through whole-hearted devotion, by conformity of life, and spiritual affinity.” In other words, said Werblowsky, the true home of the Christian, according to the medieval conception, is the heavenly Jerusalem. Not that the good Christian must despise the terrestrial Jerusalem, but the true terrestrial Jerusalem “which is united to the one in heaven” is wherever the perfect Christian life is lived!

St. Augustine promoted this deterritorialization of Jerusalem: in John 7:37 Jesus said “let him who thirsts come to me and drink,” and St. Augustine wrote, this means not a pilgrimage to a physical place, but to wander with the heart (on a spiritual journey). The abandonment of concrete historical eschatology in the centuries between Revelation and St. Augustine, said Werblowsky, resulted in a Christian vision of the heavenly Jerusalem that is purely spiritual.

Christian hymnology, notes Werblowsky, is almost exclusively heavenly. For mainline Christians, to the extent Jerusalem has a terrestrial geographic location, it is mainly as a memento of holy events that occurred in certain places.

But the tendency to worship the place(s) and the tendency to de-territorialize have always been in conflict in Christianity, notes Werblowsky. Some Christians after St. Augustine re-focused on Israel as the holy place where all these events transpired, and where further things must happen before the second coming will transpire. For example, evangelical pastor John Hagee and his followers take a literal territorialist view of Jerusalem, as do American evangelicals in general. According to Pew Research, 31 percent of Americans believe scripture should be read literally. It’s what makes them staunch supporters of Zionism.

Jerusalem, of course, is not part of Jewish stories from Abraham through the Exodus; it was David who first turned Jerusalem into a cultic and religious center, and who made it a symbol of the national unification of Israel. Jerusalem became the symbol of transition from peoplehood to nation state.

But Jerusalem was never completely identified with the state during temple times, said Werblowsky, so when the state ceased to exist (in 70 CE) Jerusalem survived as a symbol of importance for the Jewish people. “Jerusalem consciousness” continued into rabbinic Judaism. Jerusalem was the city God had chosen and the city became as much a part of the covenant with his people, as the covenant with David and his seed, said Werblowsky.

In the Talmudic vernacular, Jerusalem and Zion became synonymous and they came to mean not just the city of Jerusalem but the land of Israel as a whole, and the Jewish people as a whole. City, land, and people became one in a grand symbolic fusion. Zion/Jerusalem is the “mother” says the Talmud, and upon the destruction of the second temple, the “mother” is widowed and orphaned and longs to rejoice one day upon the return of her children.

In rabbinic Judaism, piety, religious symbolism, and messianic hope are directed first and foremost to the earthly Jerusalem. A definite strand of this-worldliness permeates all of normative Jewish religion, says Werblowsky. Jerusalem and Zion became geographical terms beyond geography, but not without geography. It’s an existence that for religious Jews has religious dimensions, and that could be reformulated by secular Jews for Zionism.

A Troubling Legacy and a Challenge for the Modern State

This historical and living symbolism that Jews have about Jerusalem—and that is supported by evangelicals—is troubling in the context of the modern state of Israel, notes Werblowsky. Religious or secularized symbols drawn from mythological roots too easily become catch-words at odds with the needs of a modern and just nation state.

This traditional Jewish symbolism of Jerusalem and Zion, drawn from mythological roots, said Werblowsky, is of dubious vitality as justification for a modern nation state. Can Israel engage in constructive and morally responsible politics by making itself a prisoner of symbolisms, no matter how venerable and hallowed? he challenged. These are questions not easily answered, suggested Werblowsky, because symbols cannot always be dismissed by a mere wave of the hand.

Sometimes symbols are the conscious and unconscious repository of life-giving truths to a community. Nevertheless, concluded Werblowsky, all those who love Jerusalem and seek peace must not forget that part of the meaning of Jerusalem was expressed two and a half millennia ago by the prophet Isaiah (1:27) “Zion will be redeemed by justice and its inhabitants by righteousness.”

He leaves it to the reader to ask himself or herself: if Judaism’s ancient mythologies and religious symbolisms interfere with the creation of a Zion that is just and righteous, what has to change? How do Jews negotiate these symbols handed down to them in order to achieve a state redeemed by justice and righteousness?

Roland Nikles is an attorney and writer based in San Francisco, California. You can follow him on Twitter @RolandNikles. He blogs at News, Reviews & Views.

Whose Land Is Jerusalem, Anyway?