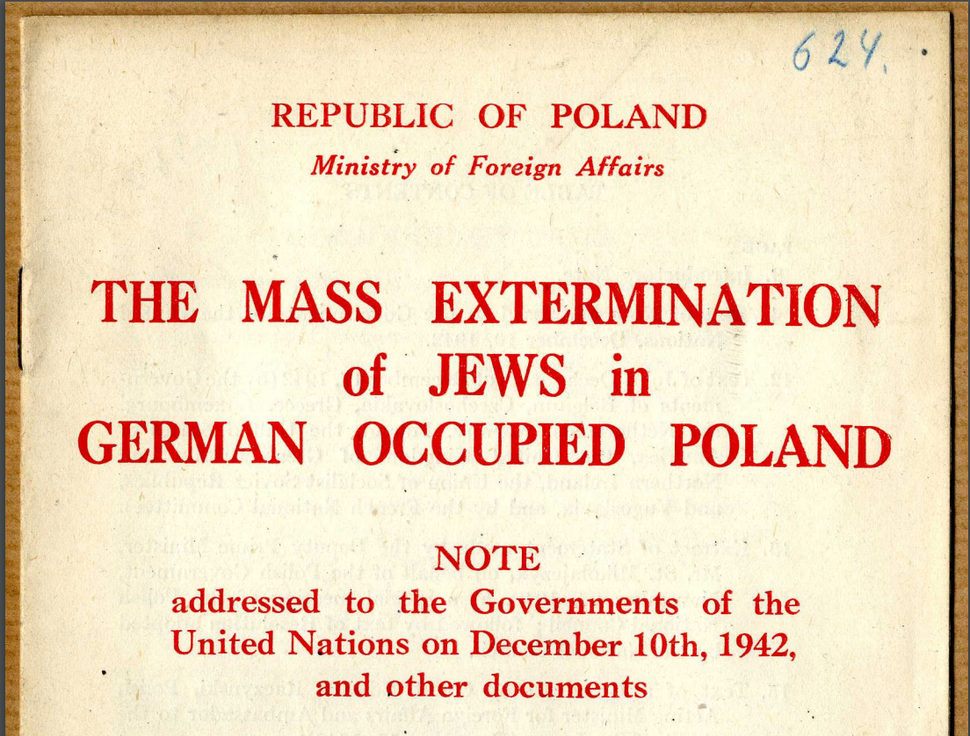 As we search for leaders of integrity and bravery, we would do very well to remember the actions of some outstanding and honourable Poles during World War II.

Readers may be unaware that December 10 is the 75th Anniversary of an extraordinary but sad historical document, “The Mass Extermination of Jews in German Occupied Poland,” a report published in 1942 by the London-based Polish Government in Exile under the name of Count Edward Raczynski, Minister of Foreign Affairs. It is remarkable for documenting a range of atrocities against the Jews in multiple Polish cities, detailing specific incidents and mentioned killing by the use of gas. It was published well in advance of the Auschwitz Protocols, a collection of three eyewitness reports from 1943-44.

This report was based on exceptional feats of bravery by multiple people. First and foremost was Witold Pilecki, who as the member of a Polish resistance operation, purposely engineered his incarceration in Auschwitz to gather intelligence for two and a half years. In 1948 he was executed by the Soviets. Jan Karski, in November 1942 at the age of 28, carried information to London and then to Washington D.C. He met Anthony Eden, President Roosevelt, Felix Frankfurter and others. Jan Nowak, known as the Courier from Warsaw, was involved at a later stage and also traveled to meet Allied leaders. Importantly, he provided confirmation of Karski’s activities and meetings. Their individual stories are remarkable and should be read.

This document appealed to the Governments of the United Nations, and the Poles also made three specific demands at the Allied Council to aid the Jewish population. In summary and tragically, it had no influence and did not alter the Holocaust’s horrific outcome.

Nonetheless, it is very important for us to remember, recognize and then salute these enormously brave people who, among others, attempted to alert the world to the horrors of Nazism through their fine leaders at such a relatively early time.