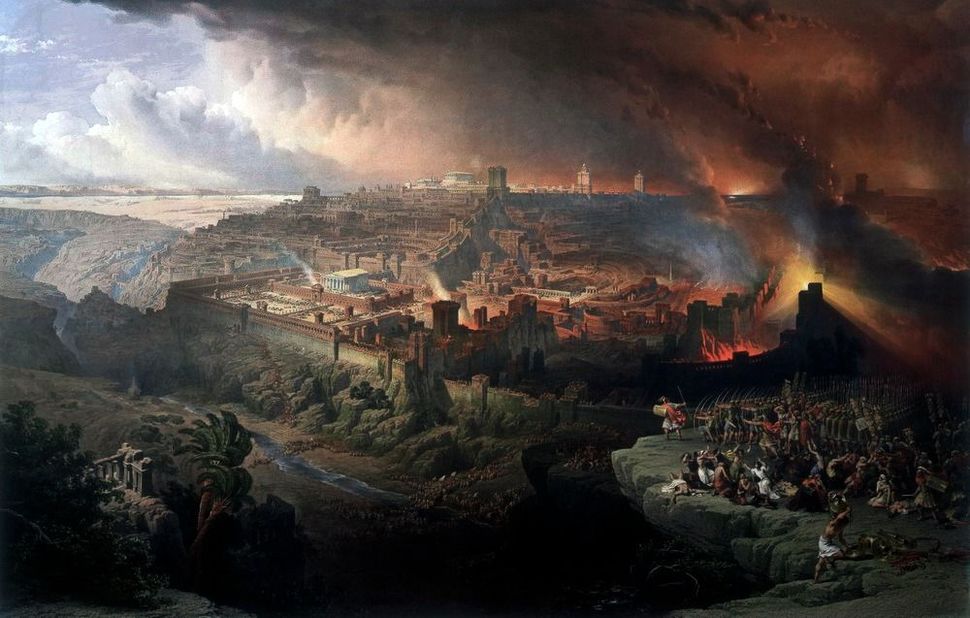 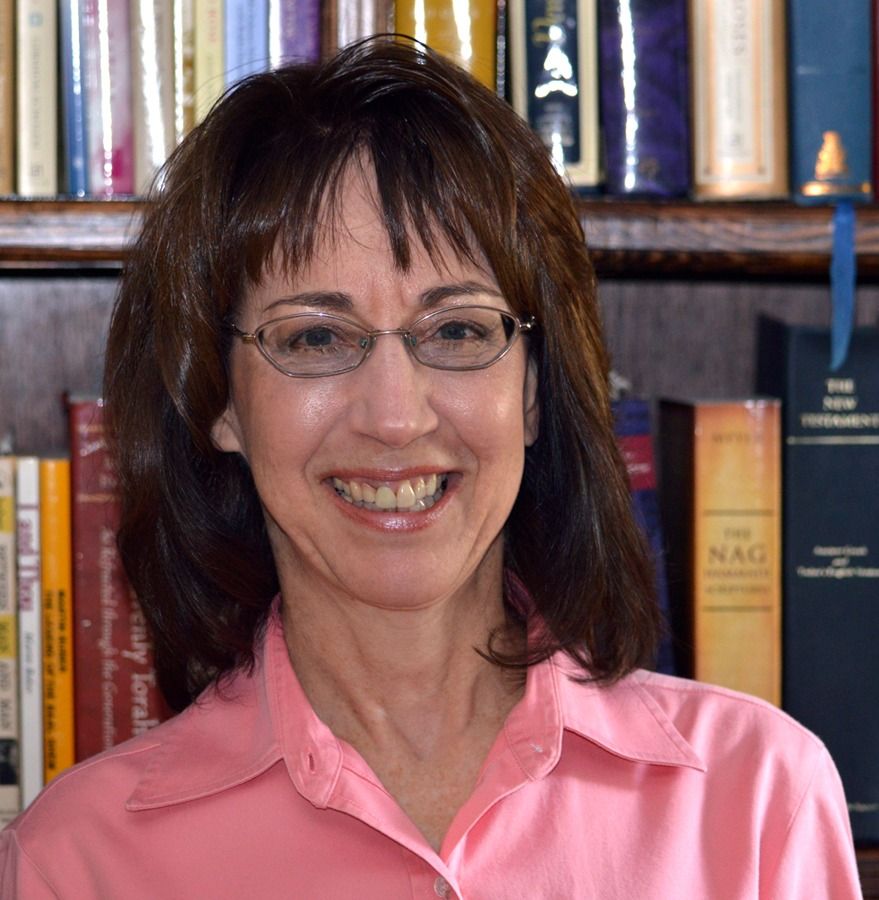 The story of Yavneh is dramatic — heroic, even. A famous rabbi is smuggled out of Jerusalem prior to the violent destruction of the Second Temple. He wins Roman assent for his prescient plan: to establish a great yeshiva at Yavneh, to reconstitute the Sanhedrin and to guide a traumatized people. He succeeds. Rabbi Jochanan ben Zakkai and the rabbis gather to decide which texts to include in the biblical canon and to replace the service of sacrifice with one of prayer. They preserve the law and write liturgy; they adapt and democratize. They “save” Judaism.

Except they didn’t. Back in the sixties, Jacob Neusner and his students began looking at rabbinic tradition in its historical context as one of several “Judaisms,” creating long-overdue doubt about Talmudic rabbis-as-saviors narratives. In the preface to his groundbreaking “Judaism: The Evidence of the Mishnah,” published in 1981, Neusner explicitly informs his readers that he is exploring the work of a given and specific elite which is speaking for itself, not for Judaism as a whole. In 1975, Peter Schäfer published an article on the “sogennante Synode von Jabne” (the “so-called synode of Yavneh”). Scholars now take his choice of words for granted: they know that there is no evidence that Yavneh is anything other than a rabbinic myth. In 2000, Daniel Boyarin called the Yavneh trope “a series of changing legends of foundation” on page 28 of “A Tale of Two Synods: Nicaea, Yavneh, and Rabbinic Ecclesiology.”

The rabbis neither “saved” nor “democratized” Judaism. They couldn’t have. Historians have quite clearly established that the rabbis were marginal — in some settings, even irrelevant — to the way Jews of Second Temple times or Late Antiquity lived. The destruction of the Second Temple in 70 C.E. was rhetorically constructed by rabbinic texts as a catastrophe for Jews and Judaism several centuries after the actual event because that construction helped justify their narratives. And when we employ words like “democratize” about the rabbis of the first six centuries of the Common Era, we should remember an obvious fact: Rabbinic Judaism was the product of a self-selected male elite.

Rabbis across denominations continue to promulgate the mythology that justifies their position and power. But clinging to Yavneh creates an impossible, unrealistic and univocal vision of what Jews should be doing (let alone what they ever did). It shortchanges Jewish history and Judaism. It shortchanges Jews.

Was the ancient diaspora marked by loss and longing? No. Jews had been living in the diaspora for centuries before the destruction of the Second Temple in 70 C.E. They had built synagogues in Egypt, in Rome, on the North African coast, in Cyprus, Greece, on the Aegean Islands, in Asia Minor. Seth Schwartz’s “Imperialism and Jewish Scociety, 200 B.C.E. to 640 C.E.” and Erich Gruen’s “Diaspora” and “Heritage and Hellenism” point out — in detail — the richly variegated nature of Jewish life — most of it devoid of rabbinic influence. Those Jews who held positions of influence and power went by different titles, including archontes (chiefs), ethnarch, genarch. The rosh of a synagogue could be a wealthy donor or benefactor — and wasn’t necessarily male. Synagogues served a multitude of functions — from fundraising to adjudicating the emancipation of slaves, to offering meeting space for burial societies. Rabbis were not at the helm.

Popular diaspora literature such as “Joseph and Asenath,” “2 Enoch,” and “The Testament of Abraham” leave the Temple unmentioned. Diaspora literature is self-confident, humorous, and independent. It doesn’t have to demonstrate a collective sense of loss for the institution because no one is feeling it. Even the “Letter of Aristeas,” with its flowery description of the Temple cult, simply presents a romanticized travelogue of sorts, rather like videos one could find soliciting tourists for a trip to the “Holy Land.” Second Temple Jews may have thought about the Temple in much the same way as some American Jews do about Israel: with romantic, notional associations. As Eric Gruen has written, there is no “diaspora narrative” to be found in Second Temple times because diaspora Jews didn’t need one.

For whom, then, was the destruction of the Second Temple an existential crisis? Early rabbinic texts make no such claim. For the Jews of the first four centuries after the destruction, tithing to the Temple had certainly become irrelevant and pilgrimages were no more, but otherwise, not much had changed. Diaspora Jews continued to meet in their synagogues, to fundraise, to (sometimes) emancipate their slaves, and to mark celebrations and festivals. The Temple may have been revered in Jewish communities across the diaspora, but Jewish life had not depended on its existence for centuries.

Over thirty years ago, Shaye Cohen’s survey of “epigraphical rabbis” showed that there was no evidence that rabbis enjoyed any particularly special role in either Palestine or the Diaspora. In the decades since that work, scholars like Jeffrey Rubenstein have established that yeshivot did not emerge until 450 C.E. As Seth Schwartz noted back in 2002, the second-century C.E. Babatha papyri, found at the southern tip of the Dead Sea, demonstrate that rabbis were not called upon to officiate life cycles or to solve legal matters: the texts show that legal issues of all kinds, large and small, were brought to the Roman governor or his lieutenants.

Synagogues of the so-called rabbinic period show no particular evidence that their builders took note of rabbinic prescriptions. Did they all face eastward? No. Were they barren of various imagery — even that which might be called “pagan”? Hardly. Jews were living Jewish lives, all right, but without depending on halakhic considerations to define them.

There is no objective evidence that Yavneh, as later Talmudic texts constructed it, actually existed. Scholars certainly acknowledge that the rabbis attained influence — especially after the seventh century C.E. Their success, which in some areas awaited their designation as communal leaders by ascendant imperial Christianity, was not inevitable. And late Talmudic narratives about the Temple may have been influenced by a need to counter Christian writers who depicted the destruction as God’s punishment and rejection of the “recalcitrant” Jews.

Today’s rabbis, who understand full well that the Tanakh is a collection of diverse literature that includes more myth than history, still assume the historicity of Talmudic narratives. And so, on the basis of late Talmudic texts produced by an elite with a naturally self-promoting agenda, they promulgate the mythology that cutting-edge rabbis “saved” Judaism. Such a claim is, given the historical record, unsupportable. But it justifies a great deal for today’s rabbis. It creates an idealized notion of Jewish communities, oppressed and persecuted for holding fast to the halakhic system the rabbis created, a system that held Jews together in the face of adversity and trouble. Even the wealth of evidence suggesting that European Jews of the medieval period did not act according to halakhic norms on any number of fronts, even the fact that Jewish communities outside Europe lived without knowing or possessing rabbinic texts, even the most obvious fact that this narrative is Eurocentric, male-centric, and romantic – none of these facts deter today’s rabbis from embracing the Yavneh myth. It follows: if one believes that ancient rabbis simultaneously saved and created Judaism, then, of course, the task is to reclaim their achievement for present-day Jews.

So it is possible for even the most liberal of rabbis to bemoan today’s Jews as ignorant and uninformed. They don’t know anything about halakha. They have abandoned the wisdom of the rabbis. Jews are measured by the rabbinic yardstick on their practice, their knowledge, their very “Jewishness.” They are rhetorically beaten with that yardstick, too, when their rabbis berate them as “indifferent” and “apathetic.”

What is served by perpetuating the myth that the rabbis “saved” Judaism other than rabbinic prestige, self-confidence, and power? What do rabbis win by castigating their people for supposed ignorance and apathy? Do Jews benefit when rabbis insist that rabbinic Judaism is the Judaism they must aspire to, because without it, Judaism must die?

Jews have lived without the rabbinic system before. Jews of Rome petitioned Caesar Augustus so that they would not be forced to receive their grain allotment on Shabbat. Seneca and Juvenal complained that their fellow Romans were so enamored with Jewish practice that they imitated their Jewish neighbors’ ritual behavior. Philo created rich, metaphorical readings of Tanakh synthesizing Greek philosophy and Jewish tradition well over a thousand years before the Rambam.

Non-rabbinic Judaism was never absent from the historical landscape. On a stele from the 1600’s, Chinese Jews of Kaifeng described Yom Kippur not as a day of painful self-denial but as a day when “desires are forgotten, attainments are put aside, and all apply themselves to preserving the heart and nourishment of the mind, so that through direction there can be a restoration of goodness.” These Jews knew not Talmud, and yet they appear to have lived lives that can certainly be understood as Jewish ones.

Rabbi Dr. Barbara Thiede is a rabbi in Charlotte, North Carolina, and a professor in the Religious Studies department at UNC-Charlotte. She teaches a range of courses on the texts of Hebrew Bible, Jewish history, the history of European anti-Semitism, and Jewish magic.