Why On Earth Are Orthodox Jews Opposing The Child Victims Act? 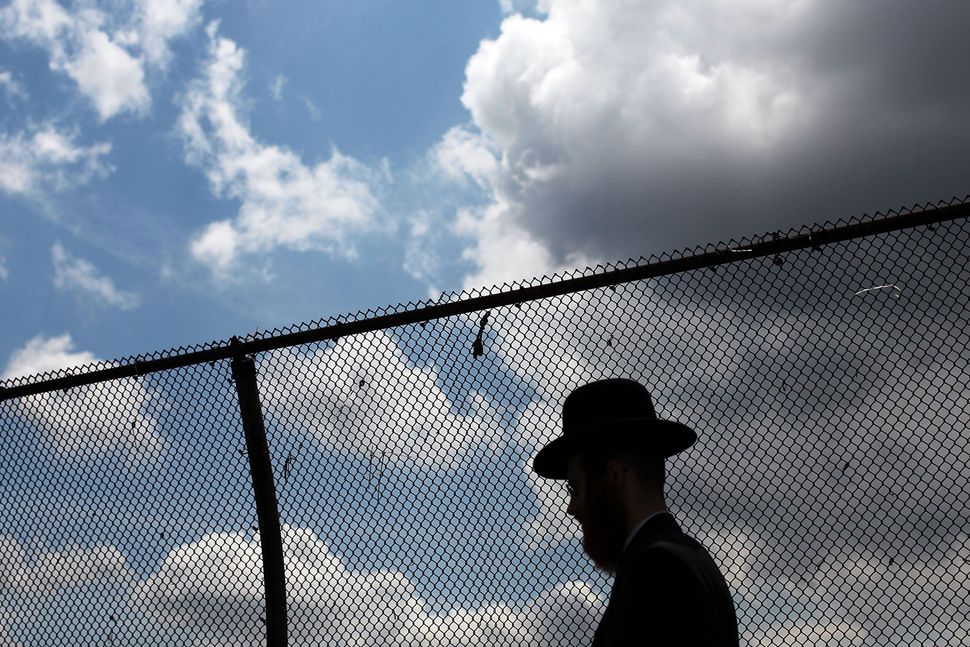 A member of the Jewish Orthodox community walks down a street in a Brooklyn neighborhood on June 14, 2012 in New York City. Image by Getty Images

While learning in the Mir Yeshiva in Jerusalem, my study partner and I attended a lecture from the great Jewish thinker, Rabbi Moshe Shapiro. Later that week, we saw him at the Western Wall praying with the sunrise. My friend asked him a question on the lecture he had given earlier in the week. Rabbi Shapiro responded: “If you don’t understand this, then there is a lot you don’t understand!”

This answer sums up my feelings on the religious right’s response to the Children’s Victim Act, and other recent positions. How can we take their statements on women being rabbis seriously when they have so grossly misappropriated their own role as rabbis? If you can’t understand that it is wrong to stand with child molesters and the institutions that have long protected and enabled them, how are we not to question what else you don’t understand?

In our daily prayers, we ask God to “Restore our judges as in earliest times and our counselors as at first; remove from us sorrow and groan; and reign over us — You, God, alone – with kindness and compassion, and justify us through judgment.” This blessing is part of a set of twelve blessings in the middle of the Amidah, the prayer that is central to every service. The Zohar explains that these twelve blessings relate to the twelve tribes, and the tradition teaches that this blessing corresponds to the tribe of Naftali.

Naftali was the last tribe, in the formation of the encampment around the portable tabernacle in the wilderness, and was responsible for making sure that no one got left behind and became vulnerable. In the early mystical work Book of Creation, Adar, the last month of the year, corresponds to Naftali. The stone on the ancient priestly breastplate representing the tribe of Naftali is the שבו, agate, which also alludes to a return, שב. Tradition teaches that this month has the potential to turn things around, ונהפוך הוא, just like in the Purim story. This year needs to be different.

At this time last year, I stood with survivors in Albany, hearing each one tell their horrific story of abuse to legislators. One of the men, in his fifties and in tears, said that he was so envious of me that I still had faith in God. He lost his in the rectory with his priest. I felt so powerless to stop the additional trauma they suffer knowing that many of those predators are still out there preying on innocent children. Something can be done to bring justice for many whose lives are forever altered by changing New York’s statutes of limitations; one of the shortest in the country.

On February 27, the day before purim, I will return to the State Senate to lobby with others in support of the Child Victims Act. Please join in restoring the voice of faith leaders to protect children and support survivors by contacting your representatives and religious organizations to encourage them to support this bill. There are things which are complicated and hard to understand. This isn’t one of them.

Why On Earth Are Orthodox Jews Opposing The Child Victims Act?