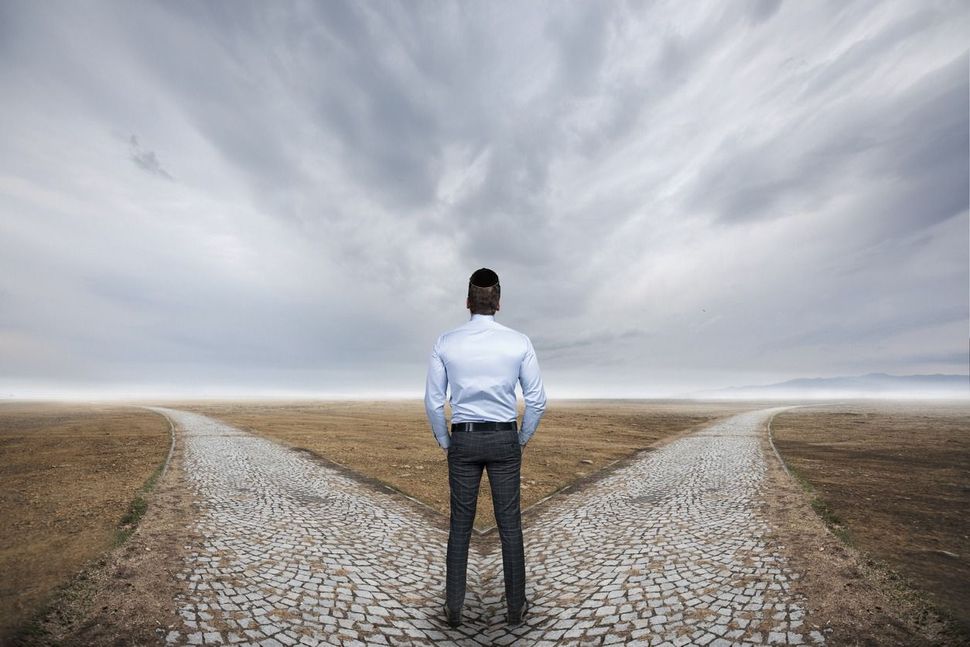 Do you believe that morality is complicated? Does living a moral life requires dedicated years of in depth study? Or is morality something more intuitive, something any sensitive person can pick up through genuine empathy?

Perhaps morality requires a healthy mixture of the two. I believe that intuition alone can only take us so far, and we need help from a Higher source to ultimately know right from wrong. And yet all of the study in the world, all of the wisdom and guidance from on High, cannot possibly establish the proper response to every possible situation. That is when our sechel, our good sense, must kick in, informing us how to apply the wisdom of old to the unique situation that lies before us.

And yet many people feel that they can rely upon their sechel alone to ensure that they are living morally. At a recent lunch, a local Sunday school teacher insisted that, “you don’t need Torah anymore to teach morality.”

How sad it is that the Torah, to a great many people, has now become nothing more than a repository of ritual practices and ancestral stories. Our holy Torah, no longer appreciated as a primary source of morals and values!

But the Torah still has much to teach us about the world of ethics.

There are the many ethical statutes that the Torah commands and that mankind today fails to recognize. Take lashon hara (“evil speech”), for example. Although most societies have some sort of law on the books against slander (as does the Torah), the Torah extends the limits of sanctioned speech to include a prohibition on sharing derogatory information that also happens to be wholly true! Prohibitions such as not coveting, not straying after your heart and eyes and not hating your neighbor in your heart, all take moral refinement to a level that societies cannot and will not demand of their people.

There are also meaningful ethics that mankind naturally recognizes codified within the halachic details of the Torah. Consider the virtue of charity, something almost all societies value. The Torah takes a giant step further by describing both a hierarchy of charitable giving (family first, then the poor of your city, then the poor of the land of Israel etc. etc.), a list of eight distinct levels of charitable giving (the highest form is providing meaningful employment, the second highest form is giving without knowledge to whom one is giving and without the poor person’s knowledge from whom he is receiving etc. etc.), and a prescription for determining how much of one’s income one is obligated to give (10% for the average person, with a sliding scale depending upon one’s utter wealth or dire poverty). And these three legalistic details are just the tip of this halachic iceberg!

Without the Torah’s guidance, how is one to decide what to do when there are two or more competing moral values at stake? How are we to determine which value has primacy and which value must be abandoned?

Many of the most hotly debated moral disputes of our times involve competing value systems. The fight between the pro-life movement and the pro-choice movement is at its core a fight over the primacy of either the value of the life of the unborn child or the value of a women’s right to self determination. The fight over the right of a doctor to assist in ending the life of a terminally ill patient is similarly at its core a fight over the primacy of the value of relieving human suffering or the value of not aiding in a suicide. In our daily lives, we encounter a host of scenarios like this on a regular basis: Things as common as whether or not to honor the wishes of one’s parents or the wishes of one’s spouse (or our own wishes, for that matter).

It is in these most thorny moral environments that we realize that morality is anything but simple, and that only with the proper training and study can one hope to come out of the end of this moral universe whole.

One of the obligations of morality is that a person should try to instill in his heart this great principle: in any case in which one finds oneself in opposition to a fellow Jew, one has to weigh the matter in accordance with halacha, in order to define the persecutor and the persecuted. The study of perfecting one’s character traits [mussar] instills in one love and pity for the persecuted, and severe condemnation of the persecutor; how terrible is, then, the danger of misidentifying the persecutor as the persecuted and vice versa. The only way to know the truth is to study the books of the halachic authorities – those books of rulings that we have received from the great Rabbis of the past.

It is only in a return to the classical recognition of the Torah as our guide to all things moral that we might find ourselves with the much needed clarity and confidence to choose and act correctly in all our moral endeavors. Then, and only then, can we assure ourselves of our moral standing.