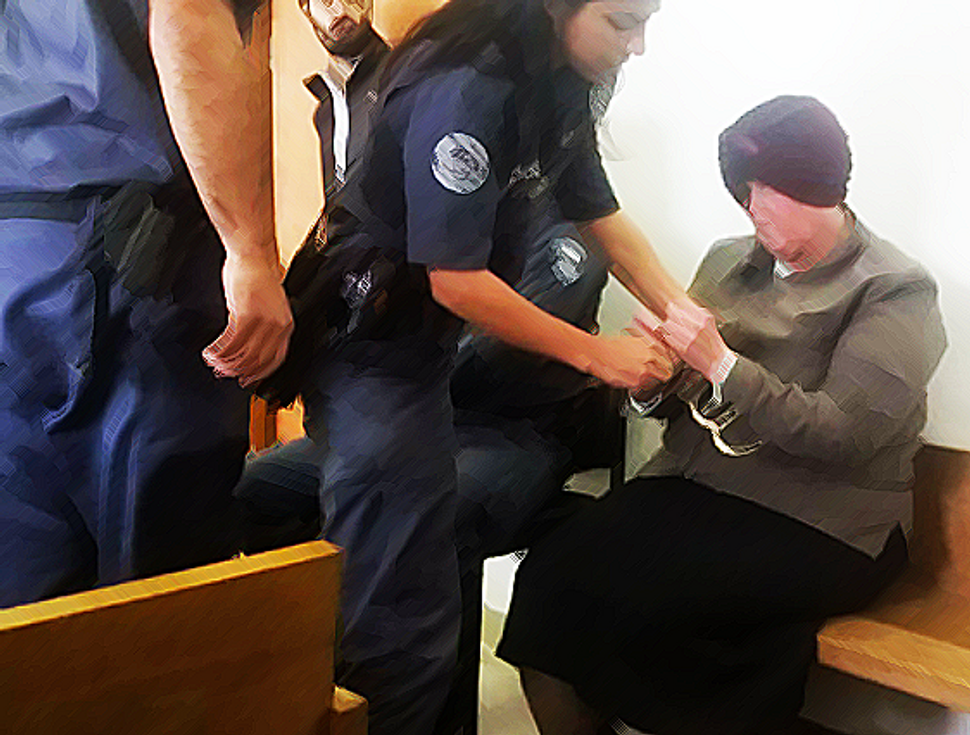 Malka Leifer being handcuffed outside the court.

A version of this article originally appeared in +61J, an Australian Jewish publication.

As a former teacher at the Adass Israel school in Melbourne, Australia, I never imagined that a day would come when I would be sitting in a Jerusalem courtroom a meter away from the principal of the school with handcuffs around her hands and ankles.

Australia has been exerting pressure to extradite Malka Leifer following the college’s reprehensible behavior in helping her flee to Israel ten years ago after allegations came to light that she had sexually abused a number of female students on school camps.

The 54-year-old resident of the West Bank settlement of Emmanuel is now wanted on 74 charges of child sexual abuse.

As I entered the tiny courtroom with no more than 30 seats, mostly filled with journalists, I was struck by the fact that the only Haredim in the court were the family and supporters of her campaign to avoid justice in Australia.

Seeing her sitting in the courtroom wearing a tikhl (religious head covering) and traditionally modest clothing worn by ultra-Orthodox women, I was reminded of the values and lifestyle that she had once tried to instill into girls at the school, and how many innocent childhoods she might have destroyed if, as is alleged, she failed to do so. 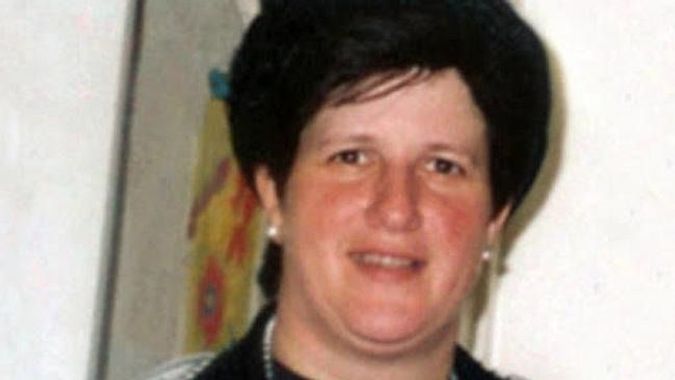 When I was a teacher at the boys’ school, every lesson I taught had to be vetted to ensure no images of women appeared, and that there was no discussion of sexuality, relationships or anything to do with modernity or Western culture.

The school was completely opposed to all forms of sex education and discussion of sexual identity, which made it impossible for any of their LGBTQ students or staff to ever come out of the closet without being subject to humiliation for defying the word of God and the honor of the community.

They argued that this was sufficient to prove that Leifer had been deceiving the psychiatrists who had been evaluating her as unfit to stand trial.

Leifer’s lawyer argued his client was the victim of pressure from Australian officials. “The prosecution don’t like to lose and they are very frustrated, what do they do? Catch her doing her washing? That way they can show to Australia that they are putting in an effort to catch her,” he said.

As the judge began reading his verdict very slowly so that it could be transcribed, the tension in the courtroom was felt by everyone, especially the accused, whose nervous rattling of the cuffs on her ankles become more pronounced, providing an eerie soundtrack as her fate was being decided.

Ultimately, the judge ruled that she be admitted to a psychiatric hospital and be put under close observation by the Jerusalem district psychiatrist, who would then be able to ascertain the state of her mental health and whether she is fit for the hearings to proceed.

The starkest feature of the two-hour proceeding was the complete absence of the voices of the precious students who are now young women, many alleged to have been traumatized by Leifer’s actions. Even though they weren’t the subject of the trial, it is their voices that must always be front and center when we talk about this case.

In that regard, I honor the enormous courage of my friend Dassi Erlich who has campaigned so tirelessly to #bringleiferback

One day, when justice is served and we find the truth of the allegations, I hope that our community remembers her and the many victims of institutional abuse who remind us all that healing can come one day for all of us.