I Only Date Other Jews. Does That Make Me A Racist? 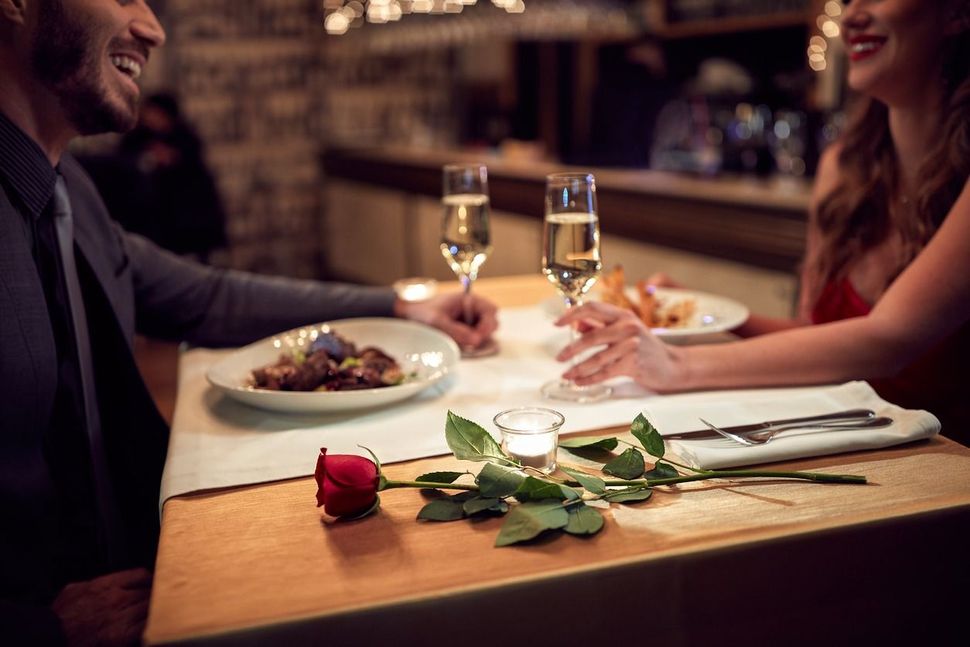 At a recent dinner party, a fervent argument broke out over the way one chooses romantic partners.

Penny, an old friend of my partner Ellen, invited us to meet her new husband; she is Jewish, he is not. They had met at a mutual friend’s party. Ellen and I, I told them, had met on JDate.

“Were you seeking somebody Jewish,” Penny asked, hearing our romantic story.
“Yes I was,” I replied. ”That’s why I was on JDate.”

She then asked my partner Ellen, “Were you also seeking somebody Jewish, too?

There was a pause, and Ellen answered: “Yes, I was on JDate too,” but she added, “It’s not like we will have kids at this stage in our life — in our 60s — but it’s my preference. I feel more comfortable with somebody Jewish, I don’t have to explain what a latke is, or why we light candles on Friday night. I am just more emotionally connected with Jews.”

I could tell things were heating up. Penny then asked me: “When you were single, did you ever date anyone who wasn’t Jewish?”

“Not since high school,” I answered.

“Aren’t you excluding a big part of the population? What if the perfect person is out there and isn’t Jewish?”

Digging myself an even deeper pit, I said bluntly: “The perfect person for me could only be Jewish. If they aren’t Jewish, then they aren’t perfect for me.”

There was a long and somewhat uncomfortable pause, and Penny then began something of a rant: “Don’t you think that is kind of racist? You are biased against a large proportion of the population, where there could be perfectly good women who would love to be with you. And just because they aren’t Jewish, you don’t accept them. It’s almost dehumanizing, as if non-Jews are lesser people yet they have as much to offer as anybody Jewish.”

“I have no doubt they do,” I responded, “and will be outstanding partners for someone. However, they can’t offer what I am looking for, no matter how terrific they are.” I tried to explain the obvious: shared Ashkenazi Pogrom immigrant history, Friday night dinners, understanding Yom Kippur, Rosh Hashanah, Hanukkah, Purim, Pesach, Yiddish expressions and Yiddishkeit, not to mention almost the most important — the survival of the Jewish people. And the not so obvious — avoiding Easter, Christmas, crucifixions, and belief in Jesus.

You could hear the proverbial pin drop. I had insulted my host and her partner. I tried to soften it: “I don’t know why but it’s always been with me. I just am not attracted to anyone who isn’t Jewish or hasn’t converted. It’s not on any conscious level, it’s just there.”

Is this racist to prefer your own when it comes to intimate relationships? I would offer the following in my defense:

Freedom of choice includes seeking out or not seeking out Jewish partners, although the latter does have its consequences for assimilation.

Choosing a Jewish partner is no different than selecting a same sex or heterosexual relationship. It’s just a preference, not a bias. It’s not racist or bigoted.

While my preference is for my children, stepchildren and those around me to be with Jewish partners, I would never be biased or rejecting of a relationship with a non-Jew. My son is getting married this March, and yes I am pleased that his fiancée is Jewish, but both my stepchildren, in their early twenties, are with non-Jewish partners who are very admirable individuals. That’s their choice and it’s not for me to interfere with it. I am happy that Penny found someone in her partner — and don’t take any comfort in how that relationship ultimately failed, due to financial, not cross-cultural factors. Most people do like to be with their own kind. Is there something wrong with that?

Richard Rotman, a member of the leadership team at Toronto’s City Shul, has worked in journalism and public relations in New York, Washington D.C. and Chicago, and since 1987, Toronto, where he also teaches writing and media studies courses at Humber College and Ryerson University. He is currently finishing a book called “How to be a better writer — overnight.”

I Only Date Other Jews. Does That Make Me A Racist?