What Our Congregation Learned On Our Civil Rights Pilgrimage 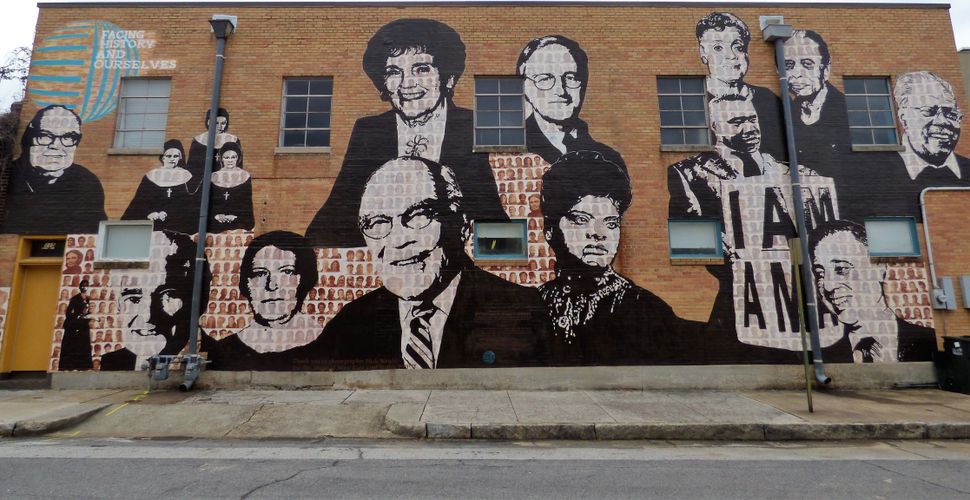 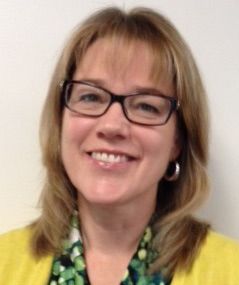 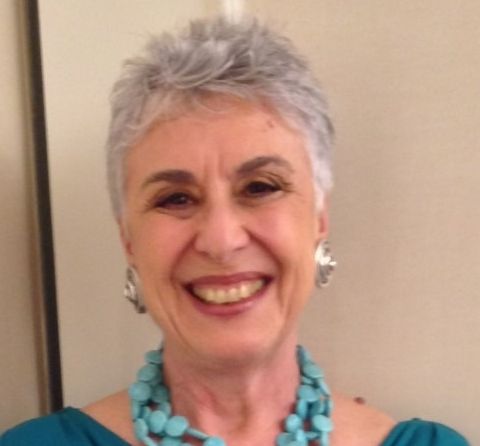 Last month, a group from Temple Israel of Northern Westchester embarked on a civil rights pilgrimage to the South. We visited key historic sites in Atlanta, Birmingham, Montgomery, Selma and Memphis, hearing from people who were part of the struggle for justice and meeting with others who continue it today. Our goal was to better understand the Jewish response to civil rights history and confront related issues of our time.

The richness of our trip was not just the sites, but the people with whom we met, activists throughout the region with whom our leader Billy Planer has deep relationships. Billy, an Atlanta Jew, is founder of the educational travel company Etgar36, which organized our trip. A few moments stand out:

In Selma, standing by the river in view of the Edmund Pettus Bridge, Joanne Bland told us how racism killed her mother. When Joanne was four years old, her mother desperately needed a blood transfusion. But Burwell’s Infirmary, the “colored hospital” had no “black blood” to give her. The blood had to come from Birmingham, shipped to Selma on a Trailways bus. By the time Joanne’s father picked up the blood and returned to Burwell, Joanne’s mother was dead. “She’d be alive today if she wasn’t colored,” Joanne’s family would say.

Joanne walked with us to a small area with broken pavement amid the George Washington Carver housing project, where leaders of the Selma protests gathered in March 1965 before they marched to the Bridge. Joanne instructed each of us to pick a rock from the broken pavement and take it home. “The next time you think you are too tired to keep fighting, look at that rock and remember the people who stood here,” she said. Her statement reminds us of the buttons later given us by Billy: “Give a Damn.”

We walked across the Edmund Pettus Bridge. On the other side, Billy pointed out a monument: 12 stones inscribed with a verse from the Hebrew Bible, the Book of Joshua: “When your children shall ask you in time to come saying ‘What mean these twelve stones?’ then you shall tell them how you made it over.” The Book of Joshua marks the fulfillment of the Exodus of the Israelites from Egypt, as the Israelites cross the Jordan into the Promised Land.

Trying to cross the Alabama River led the marchers to bloody confrontation. Their courage in the face of the state troopers’ violent attack was extraordinary. Only days later were they able to march peacefully to Montgomery and demand their right to vote.

In Memphis, on a corner near the National Civil Rights Museum, a woman stood in protest. She keeps a regular vigil a hundred yards from the spot where Martin Luther King was gunned down in the Lorraine Motel, April 4, 1968.

Billy tells us that this protestor believes that we have built too many civil rights museums while neglecting the issues that Dr. King and his allies tried to address, especially economic injustice in the African American community. She objects to the Museum’s role in the growing gentrification of this Memphis neighborhood. Low-income people have had to relocate elsewhere. We think about the several museums we have already visited and another about which we’ve heard, the Legacy Museum and National Memorial for Peace and Justice to Open in Montgomery April 26.

Billy assured us that we could speak with this woman ourselves, and a member of our group walked to her corner. The conversation was upsetting.

Attempting to forge a connection, our member said that the Jewish people have a similar dilemma: should we continue to erect monuments to those murdered in the Holocaust, or should we spend our resources elsewhere? The protester lobbed back: “It’s not the same at all. You Jews have all the money — you have plenty to do whatever you need. You don’t have to make these choices.”

We talk about this on the bus. Billy Planer, 51, in his black “Seek Justice” tee shirt, reminds us that many people outside the Jewish community agree with the protester. He argues that it is okay to be comfortable in our power. “I get it that it is in our DNA to be nervous about the other shoe falling and getting kicked out of a country, but we have power in this country, he said, “power disproportionate to our numbers. We should be comfortable in having power and using it to help others.”

We remember something we heard earlier on the trip: The movement depended on Jewish resources to aid the cause of justice throughout the Civil Rights Era. “When we needed help, we used to turn to our Jewish lawyers,” Reverend Graham Williams told us when we talked with him in Atlanta about his work to desegregate the schools with Dr. King. In the presence of his daughter, he described his pain when she returned from school taunted by chants of “n—er, n—er, n—er,” when she was denied use of the white toilet or deprived of “God’s water” in the segregated drinking fountain. “If I need a lawyer, I want a Jewish lawyer,” he said.

It can be difficult to think of ourselves as powerful. One member told us that a previous congregational trip to Eastern Europe had been easier for her than this one. “There, we were the victims,” she said. But, here, we can be part of the white establishment.” We could have remained silent while others fought for their basic human rights.

The rock she picked up in Selma now sits on Rabbi Jaech’s desk. When she looks at it she thinks of the brave men and women we met and heard about on our Civil Rights Pilgrimage. “The rock reminds me of my power and the work yet to do,” she says.

Beyond such moments, what was our trip about?

More than just the sites, extraordinary as they were. The Greyhound Bus Station where Rosa Parks sat. The Selma Bridge that Joanne Bland crossed that Bloody Sunday. Leo Frank’s Atlanta Pencil Factory, now a rental apartment house; (the story of his lynching became the basis of the musical Parade.) The monuments. The museums. Sun Studio. Stax Records. The blues on Beale Street. Even Graceland.

More than just the people. Joanne Blackmon Bland, Reverend Graham Williams, and Bishop Calvin Wallace Woods, Sr., activist, pioneer and pastor. The young man, a musician from Memphis himself, who guided us through the history of Sun Records and let us photograph each other clutching Elvis’ microphone.

On our civil rights pilgrimage to the South, we confronted racial terror and the humiliation of American citizens. We witnessed their stories of struggle and walked in the paths of those who defied violence and gave their lives in the name of freedom. We talked with some who were there and others who continue the work today. At the NAMES Project in Atlanta, we honored, as a sacred community, friends and family who lost their lives to AIDS-related causes. (Many did not receive funerals, due to both the social stigma of the disease and the outright refusal by funeral homes and cemeteries to handle the deceased’s remains.) In Montgomery, at the Equal Justice Initiative (EJI), we were awed by presentations about the legacy of the slave trade and Jim Crow and learned of EJI’s powerful response: a combination of programs, strategies and allies. On the bus, between stops, we listened to Billy lecture about music and civil rights, watched documentaries about the evolution of rock ‘n’ roll and the blues, and sang along. We learned how music gave blacks and whites common ground, how song brought us closer together. Aging boomers, most of us, we recognized that social revolution won’t always look like the 1960’s. We recognized that the Civil Rights era may be over, but that other battles remain to be fought. We ended the trip on the banks of the Mississippi, reflecting on our journey during a beautiful sunset. We were spiritually exhausted, yet recharged. The words of Rabbi Abraham Joshua Heschel, who had marched with Dr. Martin Luther King in Selma, rang in our ears. Like him, we felt our legs were praying.

Rabbi Jennifer Jaech is the senior rabbi of Temple Israel of Northern Westchester.

Lauren Katzowitz Shenfield is a member of Temple Israel of Northern Westchester.

What Our Congregation Learned On Our Civil Rights Pilgrimage