Jewish Students Are Organizing To Change Our Country’s Gun Laws 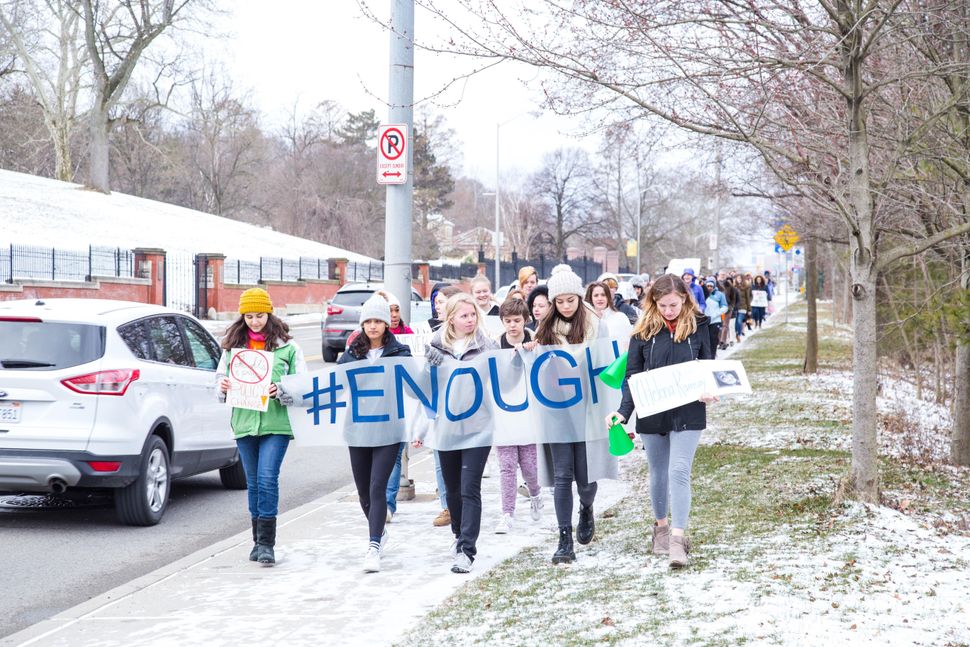 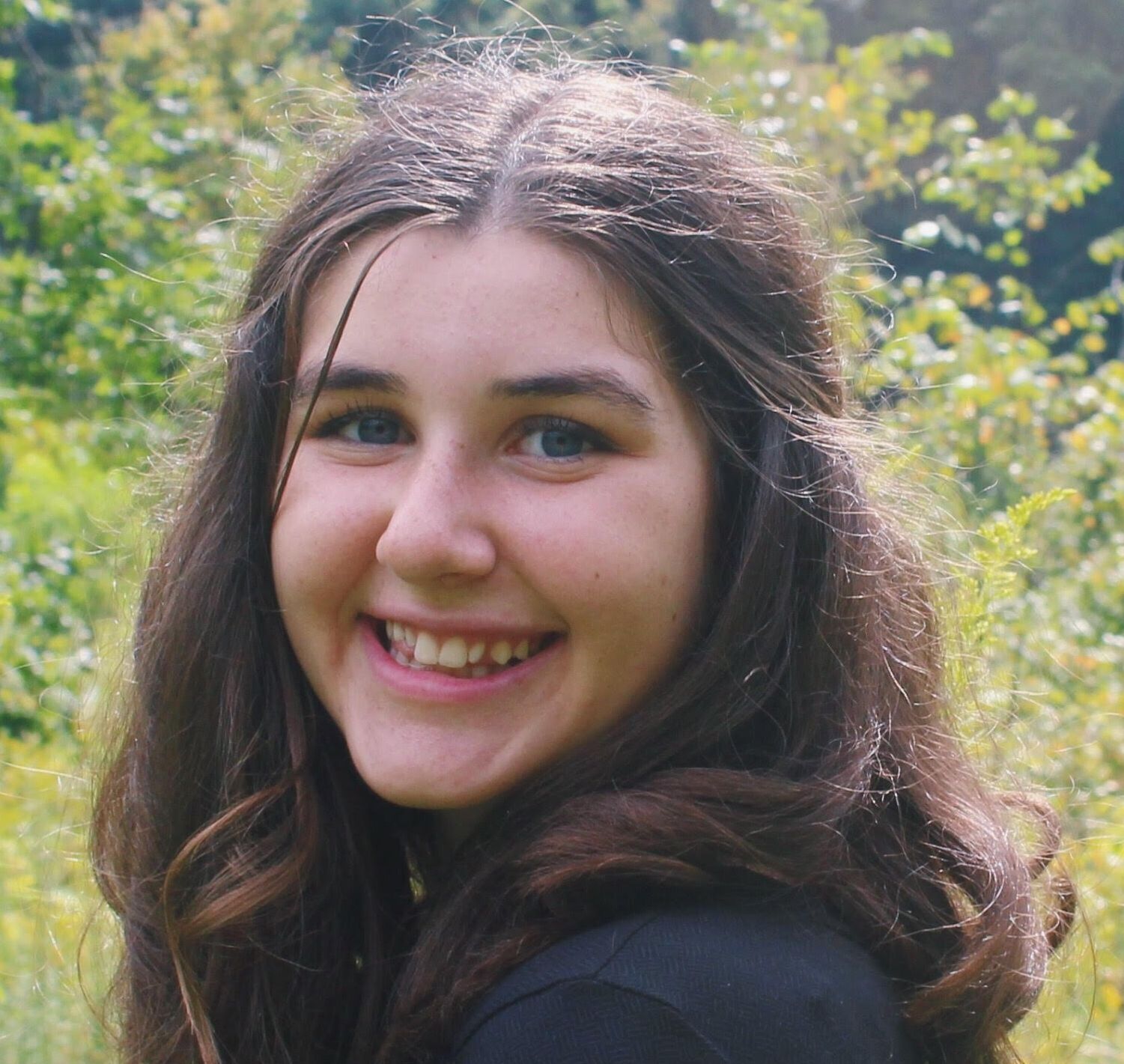 At 10:00 a.m. on March 14th, over 100 kids from my small high school walked out onto a busy street carrying signs with messages like “Arms are for Hugging” to show support for Parkland victims and other gun violence victims. As we walked to the park next to our school, cars honked and drivers raised fists to show support for our movement. I began to smile and cry simultaneously. Finally, we as students were doing something to show our frustration with recent events.

Silently we moved into a circle and I began a timer on my watch for 17 minutes. That morning the other three organizers and I had given a presentation about why we were having this walkout. We asked people to be respectful and not to use their phones during the 17 minutes of silence to commemorate the victims of the Marjory Stoneman Douglas High Schoo shooting. Despite freezing temperatures, the majority of my school walked out with minimal complaints and I was warmed by people’s energy.

Schools across the country commemorated the walkout in different ways, but I felt that the moments of silence were a excellent way to contemplate our next steps. It was not only a memorial service, but a spiritual experience. We had no speeches, no shouting, yet I felt moved by both the teachers’ and students’ desire for change in our gun regulations. As we stood linked arm in arm — students, teachers and administrators alike — I realized the power that our generation holds. Using the tools we know best, we were able to mobilize thousands of schools to stand for a worthy cause. The only sounds I could hear were of those sniffling back tears and cars honking in support. A lonely sign with the words “I am anger” floated to the middle of the circle where it drifted until the 17 minutes were over. We didn’t need words; our silence was enough to move every person in the circle.

As we walked back to school, we encouraged people to call their Senators and members of Congress to demand action on gun reform. My teacher commented that it was “the most moving thing I have seen in a very long time.” 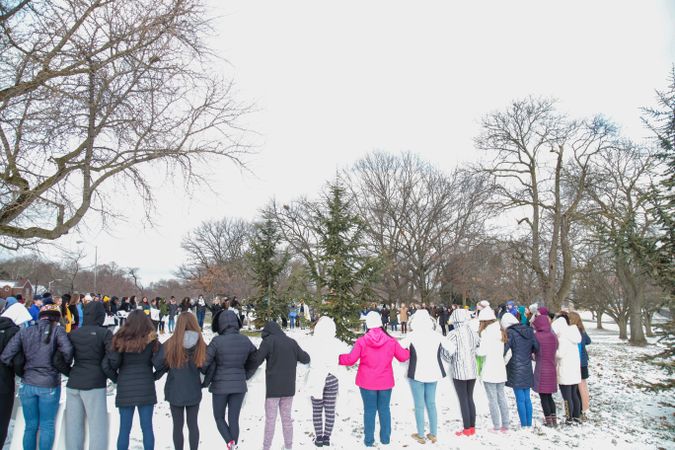 This walkout symbolized more than a memorial for the 17 lives lost, but a way to refocus our energy and put ourselves in the right mindset for what is to come. Despite the success of the Women’s March, many of the recent protests have not in fact created any lasting change. I asked my teacher one day in my AP Comparative Government class whether he believed that protests are effective; he responded that protests are only effective when executed correctly. I realized that although as teens many of us are not able to vote, organizing a national walkout was one of the most productive ways to captivate Americans and make a statement. I knew that organizing this walkout would be important for us students to show our voice. I hope that using the power of social media, our generation can continue to stimulate meaningful and sustainable change. While yes, we all have our own political differences, I believe this fight goes beyond our political and religious divides and is rather a question of life or death.

We are all fighting for the same fight, one that affects every person in America. I know this walkout will go down in history and I will be proud to tell my grandchildren how my peers and I created a change and a movement that changed the lives of all Americans.

Action comes with a unified voice and I look forward to the transformations that the upcoming months and years hold. Sometimes in the face of tragedy, silence is the only appropriate response. In our case, we encase that silence in action and show that our voices, or absence of voice, will show those in power that we demand change.

Yael Perlman is a senior at The Ellis School in Pittsburgh, PA. She is the president of her school’s Feminist Student Union and enjoys being involved with local activist groups and organizations. She looks forward to spending a gap year in Israel next year.

Jewish Students Are Organizing To Change Our Country’s Gun Laws